Headley Grange cigars are a truly unique blend that has been described as big, bold, and gutsy. Available in 5 shapes, Headley Grange is handcrafted at Tabacalera La Alianza in Santiago, DR with a blend of all Nicaraguan long fillers and binders expertly rolled in Ecuadorian-grown Sumatra wrappers.

Headley Grange also made the Best Cigars of 2012 and The 25 Best Cigars of The Year lists. Try a box of these impressive cigars that brim with complexity and a head-turning aroma. 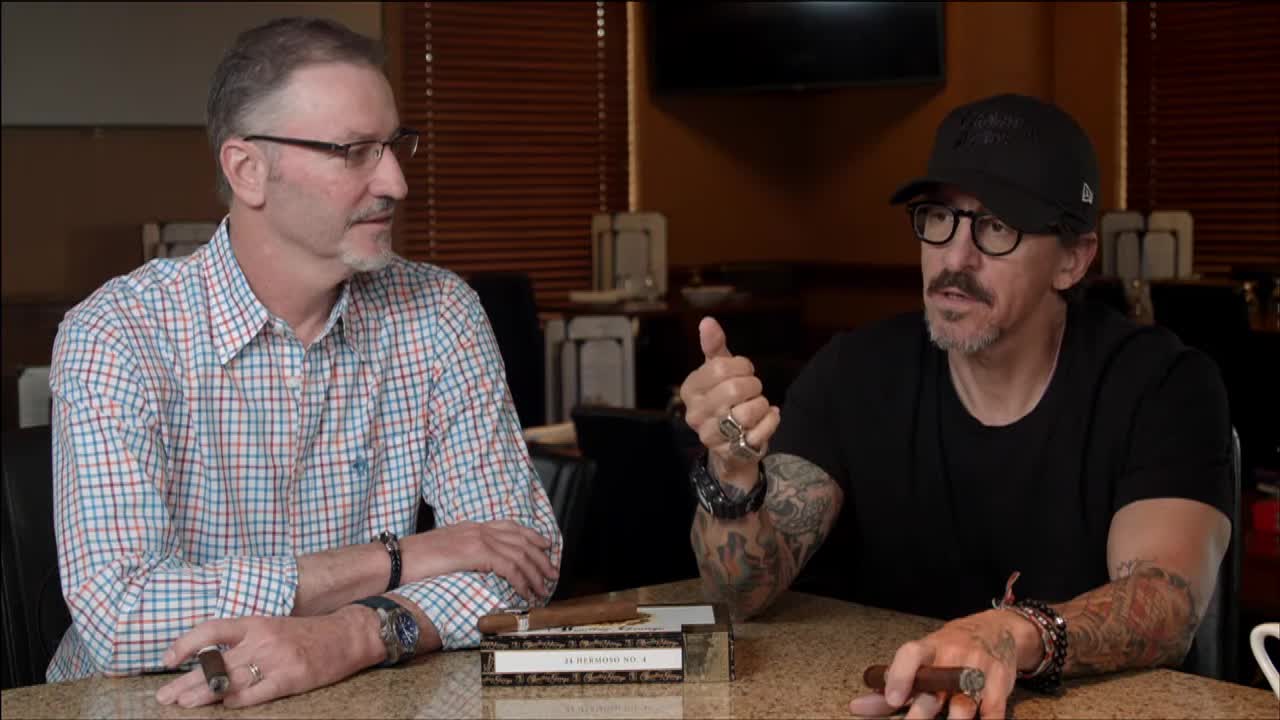 100% of reviewers recommend this product
5.0 stars
Good
for Headley Grange by Crowned Heads Corona Gorda 5 Pack
by Curtis McCants in Georgia on June 25, 2020

... read more
5.0 stars
OUTSTANDING
for Headley Grange By Crowned Heads Estupendos
by Cesar in SoCal on May 13, 2020

I tried this only because of the whole Led Zep thing I read about in an article. This is one of the best cigars I have smoked. It is super smooth all the way through, and doesn t really change in flavors too much. I have smoked about 15-20 of these so far in the past year and have no complaints. It s a medium strength cigar. Worth the money for sure.

I buy samplers because I?ve found it?s usually a good way to get the cigars I really want on the cheap. I wanted a few Gloria cubanas and aurora preferidos, which would have run me about $50 to buy individually, and a found a 10 cigar sampler that had a few of both for $50, so I bought it.This one came with it. I had never heard of Headley Grange before, but I won?t soon forget it. This cigar is damned near perfect. I took it out of the humidor not expecting that I was in for one of the top 5 smokes of my life.The flavor of the wrapper is smooth and woody, mild and pleasant. Mouthfeel is that of a box pressed cigar, but it softens up quickly. I have never had a dark cigar that smokes as smoothly as this.Upon lighting, flavor is outstanding. I?m usually drawn to the middle and end development of flavors, but this one is good throughout. It?s missing all the negatives that plague some of its more expensive, Dominican competitors. It is not acidic or harsh at any points. I?m typically drawn to lighter cigars because I favor smooth smokes, but this very well may be one of my new go tos.Unusual to find an unexpected gem in a sampler, but I did in this. Highly recommended.

89 points. Would be higher for second and last rhird. First third a bit bitter and harsh on tongue After about 15 min. Much better. Last 2/3 90

The Headley is a good smoke. It has good construction. The draw was good.The wrapper appearance is not the best, but it was a flavorful smoke. Overall I would give it a 7.5 out of 10.

Other Brands By Crowned Heads