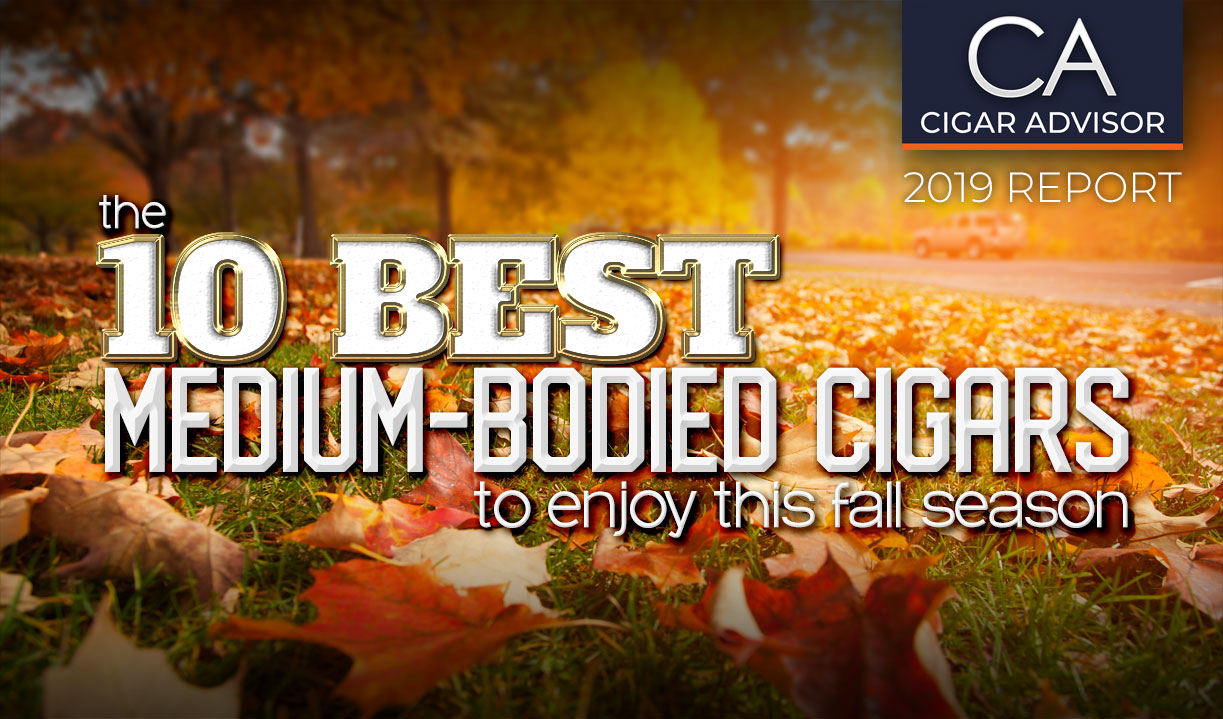 If there’s one thing that’s certain in the cigar industry, it’s that things are always changing.

If you could step into a time machine and go back 30 years, you might find the selection of a tobacco shop to be less diverse than you’re used to. That’s because back then, much of what was offered was wrapped in Connecticut Shade.

Brand loyalty was higher and therefore, there weren’t nearly as many new cigars coming to market as there are today. The demand just wasn’t there. Enthusiasts didn’t pace the length of the shelves as they often do; they knew what they wanted, came in, bought it, and left.

At the end of 1992, Cigar Aficionado had printed its first magazine, and while their celebrity cameos helped serve as the catalyst of the cigar boom, more important changes were just on the horizon. There were up-and-coming manufacturers like Perdomo, Oliva, and Rocky Patel, and by 1998, this new breed of cigarmakers had cut the use of Connecticut Shade for the U.S. market dramatically.

They were pioneers working to crystalize their own legacy, and many of them crafted fuller-bodied blends that required more robust tobaccos. The new smokers who had jumped on the cigar craze fell in love with these stronger, more flavorful recipes in the same way that each generation tends to latch on to changes in music, fashion, and almost everything else. The boom may have ended, but the demand for more potent cigars continued to surge. And it did for nearly two more decades.

But in recent years, a quieter renaissance has been unfolding. Consumers tired of being inundated by pepper bombs are now seeking out medium-bodied cigars that deliver an excellent flavor profile without overwhelming them with strength.

The trend is evident with almost everyone I talk to, from the guys here at CA, to customers in the retail store, and beyond. “I want a medium cigar with a lot of flavor,” is one of the most common statements I hear.

As we edge closer to autumn, most lovers of the leaf are dreading the winter onset, but these next several weeks of weather are perfect, to me, for smoking outside. The sun isn’t as brutal, the humidity is waning, and the air is crisp and clear.

With that in mind, the following 10 selections fit the medium-bodied, fuller-flavored profile and they span national brands, boutiques, and even the obscure. If you find yourself leaning on this newest front of cigar evolutions, I’m certain that you’ll walk away finding a handful of sticks that satisfy your palate. Live it up before it’s too cold!

As always, share your thoughts on this article in the comments below!

Henke Kelner, the mastermind behind Davidoff’s blending prowess, worked with Avo Uvezian to craft this AVO masterpiece. Heritage is listed as full-bodied, but those who have smoked it tend to categorize it closer to the medium-bodied spectrum, and for good reason. It’s creamy, smooth, and brims with cedar, toast, spices, and a gentle pepper note. For the recipe, the duo chose an Ecuador Habano Sun Grown wrapper, a Dominican binder, and a filler combo of Dominican Ligero and Seco with zesty Peruvian leaves. Light up the firepit and pour yourself a glass of your favorite spirits. This one will take you well into the evening hours.

After reining in the Cigar of the Year in 2018 with Encore, it’s clear that Ernesto Perez-Carrillo has his finger on the pulse of what cigar smokers crave. La Historia E-III is a prized blend by cigar fanatics, and it reached superstar status in 2014 when it was tapped for the # 2 spot of that year. And when you start peeling back the details of this cigar, it’s not hard to see why. With its Mexican San Andres Maduro wrapper, Ecuador Sumatra binder and Nicaragua long-fillers, warm notes of earth, wood, coffee, and fruit are abounding. I think the cigar is even better than its #1 cousin, but I’ll let you be the judge.

The Undercrown Sun Grown Belicoso has just about everything you’d want from a medium-bodied cigar. It’s fully flavored, crafted by Drew Estate, and it boasts a diverse recipe of decadent tobaccos. Starting with its wrapper, DE employed a lush Ecuador Sumatra Sun Grown wrapper atop a Connecticut Habano Sun Grown binder and fillers from the Nueva Segovia region of Nicaragua. Combined, they deliver a sweet and spicy orchestra of flavor that is highlighted by splashes of espresso and wood, and even a hint of cinnamon on the finish. This is another that’s listed full, yet smokes medium to my palate. Still, it does get into the medium-plus range at times, but you might enjoy it too much to notice!

A staple of the Rocky Patel portfolio, Vintage 1992 is renowned for its consistency in flavor and complexity. The aroma reminds me of peanut butter, and you can depend on vibrant echoes of sweet spiciness, coffee, and even a pinch of caramel. This is all made possible by Dominican and Nicaraguan fillers, a Nicaraguan binder, and an incredible 10-year-aged Ecuador Sumatra wrapper. I’ve gone on record before to say Rocky isn’t my go-to brand, but to exclude this cigar would be criminal. In my opinion, if you only ever light up one of his smokes, make sure that the Vintage 1992 is it.

In a marketplace filled with cigars trying to be Ferraris, Lamborghinis, and Bentleys, Oliva Serie G is a Toyota. On the surface, that may seem like a put-down, but dig deeper. Those supercars…sure, they’re nice. But they’re expensive, heavy on maintenance, and if you’re lucky, you’ll get a few blocks down the road before they’ve broken down. The Toyota is a workhorse. You can depend on it, it’s relatively cheap, and you’ll probably die before it does. And that’s the G’s real value. You’re getting much more for your money. Expect a smooth, aromatic smoke with vibes of citrus, spice, and earth from start to finish from these Cameroon-wrapped treats and truly make the most of your cigar budget.

If you haven’t yet heard of AJ Fernandez, along with checking your pulse, you might want to look toward Last Call to make your introduction. The recipe from this Cuban-born prodigy is straightforward and efficient, using an Ecuador Habano wrapper and an all-Nicaraguan core to produce a smoke that’s savory, chewy, and sweet. Its complexity is well-rounded and steady, and you can expect a balanced progression from foot to nub. You could almost call Last Call a sleeper, but all you really need to know is that you’re in for a solid stick that’s as price friendly as it is delicious.

When Aganorsa Leaf teams up with Famous Smoke Shop, amazing things are bound to happen. Siboney Reserve is the resurrection of a defunct Cuban brand; and not only is it an incredible Famous exclusive smoke, it’s also one of our favorites of 2019. In its core, you’ll find a heart of Aganorsa-grown tobaccos from Nicaragua nestled in a Nicaragua Corojo 99 Jalapa wrapper. Cedar, pepper, earth, and a graham cracker sweetness all pour out of its mouthwatering smoke, and it borders perfection when you enjoy it in the Lonsdale size. If you only choose a single cigar from this list, it would be hard to argue against Siboney Reserve.

Getting its name from the brick-laden Newman family house in Hungary, Brick House is widely considered one of the best buys in the cigar biz. It finishes sweet and throughout the length of the smoke, it dishes hits of cedar, fruit, coffee, spice, and tea. As Nicaraguan puros go, this blend isn’t as punchy as you might expect, but it still has enough edge to satisfy the purist crowd. You’ll love it for its balance, low price, and complexity. Discover why Brick House’s sea of fans keep coming back for more and you might end up finding the next every-day stick that’ll help to keep your humidor filled.

I know a lot of people reading this will say to themselves, “…but the originals were better.” The originals of every cigar are almost always better, but blends by their handmade nature change over time for a litany of reasons, and sometimes, it’s impossible to replicate the original results. Punch Rare Corojo keeps it pretty close to the introductory magic with an Ecuador Sumatra wrapper, Connecticut Broadleaf binder, and long fillers from the Dominican Republic, Honduras, and Nicaragua. Spicy, rich, and overflowing with torrents of sweet fruit, grains, cocoa, and a toasty finish, you can rest assured that your evening indulgence of Punch will be one to remember.

El Suelo is a bundled value stick from the L’Atelier family of cigars, and it’s blended by Tatuaje’s Pete Johnson before being hand made by the Garcia family in Nicaragua. At under $4 a stick, your expectations may not be high, but, trust me… this cigar will surprise you (Gary actually got me hooked on them). For the wrapper, Pete chose an Ecuador Habano Oscuro to sit atop a Broadleaf binder and Nicaraguan fillers. Supple nuances of earth, nuts, and gentle spices make it seem like a far more expensive smoke than it is, and that’s the appeal I think most of us as enthusiasts search for on our quest to balance flavor and price.

So few brands with Churchill’s in their size range.

Tommy did an article specifically about them. Here’s a link!