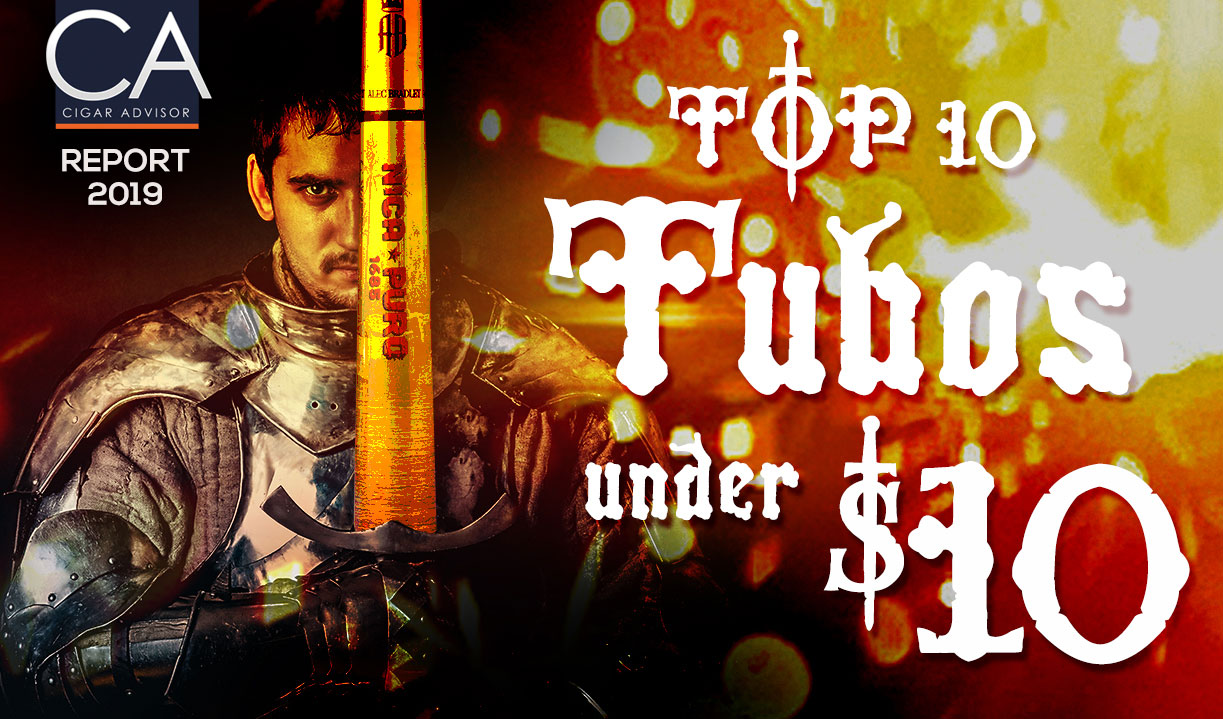 When most people see a cigar in an aluminum or glass tube, they notice the ornate container and may assume that the cigar is of significantly higher value than its surrounding brethren. While this aesthetic adornment sometimes equates to a higher dollar amount, the genesis of the tubo is much more functional.

The First Cigars in Aluminum Tubes

Otto Braden keenly foresaw that the H. Upmann brand would be quite valuable in the long run. In 1925, he bought H. Upmann and brought it to much acclaim before his death in 1930. Otto’s son Waldo took over the company and in 1932, he proposed that the Havana cigar industry needed a more protective way to distribute cigars to prevent them from becoming damaged. After researching the problem, he found a solution through the process of impact extrusion, which could produce a tube that would protect cigars for a reasonable price. As is the way of all great success stories, his colleagues did not believe that anyone would ever purchase a single cigar in a tube. Waldo worked alone on the project using his own funds and ended up patenting an aluminum tube called the Solo-Seel. In September 1933, he reintroduced the idea to his colleagues, and they greenlit the product to be tested on H. Upmann cigars. A few months later in December, Waldo launched H. Upmann cigars in his Solo-Seel packaging to an outpouring of success.

Today, tubos as packaging usually come in one of two forms – glass or aluminum, and their designs largely have not changed. There are even aftermarket tubos available for purchase that serve the same purpose for virtually any cigar. Multi-roles in their design and function, tubos keep cigars free of dust and debris, protect them from impacts, and offer convenient travel solutions for enthusiasts who are routinely on the go.

While many tubos come with lofty price tags, there are options that sit well inside the reasonable zone – and here are 10 of them that all fall under 10 bucks!

For nearly 180 years, Punch has been leading the way for flavor. With Punch Gusto, I’m happy to report that nothing has changed in that regard. Inside, you’ll find an Ecuador Sumatra wrapper, Connecticut Broadleaf binder, and filler tobaccos from Honduras, Nicaragua, and the Dominican Republic. Pepper and spices dominate a woody and sweet flavor profile that’s full in body and delicious to the nub. If your standard smokes have turned into a drag, Gusto will get you centered again.

One of the few cigars to undergo triple fermentation outside of Cuba, Perdomo Champagne Noir is a medium-bodied masterpiece of the cigar craft. Its Nicaragua Habano Maduro wrapper is dark, oily, and unbelievably scrumptious in character thanks to its 14 months of fermentation followed by an additional six in oak bourbon barrels. With a core of all-Nicaraguan tobaccos, you’ll be inclined to put your feet up and smother the stresses of a long day away with its rich, aromatic outpouring of smoke that is both complex and sweet in its medium-bodied profile.

Deeply rooted in Cuban heritage, the Oliva family’s blends have seen many cigar manufacturers come and go over the generations since Melanio Oliva first began cultivating tobacco in 1886. Today, they’re one of the most widely celebrated families in the industry. Oliva Serie O was made to impart those old Cuban growing traditions with Nicaraguan tobaccos from Esteli, Jalapa, and Condega. Full in body with spices, cedar, and dark tobacco flavors, you’ll likely be trying to find as many excuses as possible to step away for one of these tubo treats.

Marking Alan Rubin’s freshman foray into an all-Nicaraguan blend, Alec Bradley Nica Puro won over the hearts and minds of AB fans everywhere. Its elegantly-designed tubo melds form and function as an apt crown atop a stellar cigar. Its Nicaraguan puro format is topped by a smooth Criollo wrapper that exudes a hearty cast of flavors including toast, nutmeg, cocoa, and nuts. It’s the kind of cigar that draws you toward your favorite old chair to escape reality for a while.

Rocky Patel Sun Grown is often lauded for its Cuban-esque profile that harks back to pre-revolution-era flavors. Its Ecuador Sumatra Sun Grown wrapper is aged five years and embraces a Nicaragua binder along with filler tobaccos from Nicaragua, the Dominican Republic, and a seven-year-aged Brazilian leaf. With a penchant for complexity, these full-bodied cigars will please any aficionado’s palate with deep, robust notes of spice and sweet tobacco flavor.

Few cigars are as notoriously strong as La Flor Dominicana, and Double Ligero is not only one of their strongest, but one of the strongest cigars you’ll come across. If you ever needed proof that powerful cigars can come out of the Dominican Republic, look no further. With an Ecuador Sumatra wrapper draped above hand selected Dominican fillers, one can expect heady notes of pepper, spices, leather, earth, and cedar. These flavors combine to bring an intense, yet flavorfully balanced smoking experience. If anything, short of a gut buster won’t pass muster, these potent sticks will make for a prized notch in your belt.

Since 1937, Brick House cigars have been J.C. Newman‘s answer to fans of medium-bodied cigars everywhere. Modest pricing and smooth flavors have kept the brand a highly-requested mainstay. For this blend, Nicaraguan tobaccos sit nestled beneath a Nicaragua Habano Subido wrapper that delivers notes of cedar, earth, leather, and spicy overtones. If you’ve somehow let these fall between the cracks, it may be time to taste what you’ve been missing!

When Sam Leccia originally blended Nub for Oliva in 2008, his goal was to craft cigars that started off in the middle of the cigar where the richest flavors emerged. An instant hit, the cigars began flying off the shelves and received critical acclaim. For Nub Connecticut 460, the result was a medium-bodied blend thanks to an Ecuador Connecticut wrapper and a heart of choice Nicaraguan tobaccos. You can expect smooth and creamy notes of cream, cedar, leather, and spicy sweetness on the finish. If you want to skip the pleasantries and get right to the sweet spot, the Nub Connecticut 460 tubo will get you there.

Few cigar manufacturers apart from Macanudo enjoy equal status as a household name in our industry. Time and time again, we laud their position as one of the most highly requested cigar brands, but what most recognize them for are their easygoing blends. Hand-selected tobaccos from the Dominican Republic, Honduras, and Nicaragua hide beneath Macanudo Inspirado Orange’s Honduran wrapper to imbue a full-bodied, full-flavored cigar. It’s not at all what you’d expect from Macanudo, and that’s part of what makes it such a showstopper. Zesty notes of leather, nuts, and spices are complemented by its fiery finish, making it a perfect cigar for any Mac fan who was left wanting more from previous blends.

Remember a few minutes ago when I said that few cigars are as identifiable as Macanudo? You’re looking at another one. Arturo Fuente King T Rosado is a clear standout from most of AF’s blends with its Ecuador Sun Grown Rosado wrapper. Under the hood, an arrangement of Dominican core tobaccos makes for a medium-bodied blend chocked with dashes of bread, earth, cedar, and sweetness. If you’ve been on the prowl for a different take on Arturo Fuente’s world-class flavors, you might want to give King T Rosado a proper go.

What’s your favorite tubo’d cigar? What did you think of this list? Let us know in the comments below.

Reading Time: 7 minutes Gary Korb takes one more look at the Holidays with his list of top shelf cigars adorned with fancy white & gold bands. Whether it’s a last minute gift idea or a humidor-worthy primo to ring-in the New Year, you’ll find 12 of them all dressed-up and ready to smoke.