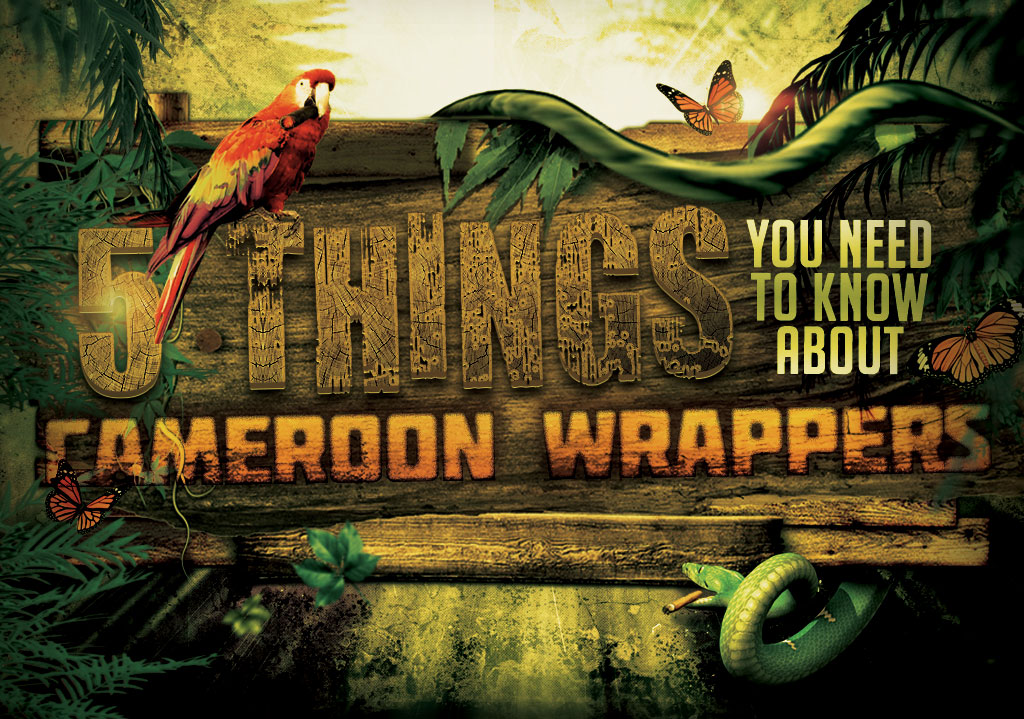 5 Things You Need to Know About Cameroon Wrapper

Human nature dictates that we always want more – because more is better. And as we search for more flavor in our cigars, our field of vision narrows in on the tasting notes that talk of heartier, bold-smoking tobaccos. But if you’ve been reading us here at Cigar Advisor for a little while, you know a cigar’s wrapper can have a significant influence on its overall flavor – and few do it better than Cameroon. Imparting a spicy-sweet flavor and an oversized aroma, Cameroon wrapper tobacco can be a cigar blender’s secret weapon when he’s trying to find that just-right balance of flavors to complement the mix of binder and filler.

Cameroon wrapper isn’t the easiest leaf for a roller to work with, and is a little more difficult than your average bear to grow – which makes it well worth your while to search out a good Cameroon-clad cigar to get a feel for the taste and sensations it can provide: there are hints of pepper and leather, but dominated by a toasty, woody tone and a subtle sweetness that’s more of the toasty and buttery variety, especially in the aroma. Very smooth. Take the Oliva Serie G, for instance: gobs of flavor, and nicely complements the rich Nicaraguan tobaccos inside.

Grown in Western Africa, authentic – or “genuine” – Cameroon also happens to be quite expensive (you’ll see why in a minute). While it can be grown in other countries (like Ecuador) from Cameroon seed, better cigar makers make use of the tastier leaf harvested in Africa. That’s why it’s often in place atop some of the top blends in the biz.

So how much do you really know about this delicious leaf? Let’s take a tour… 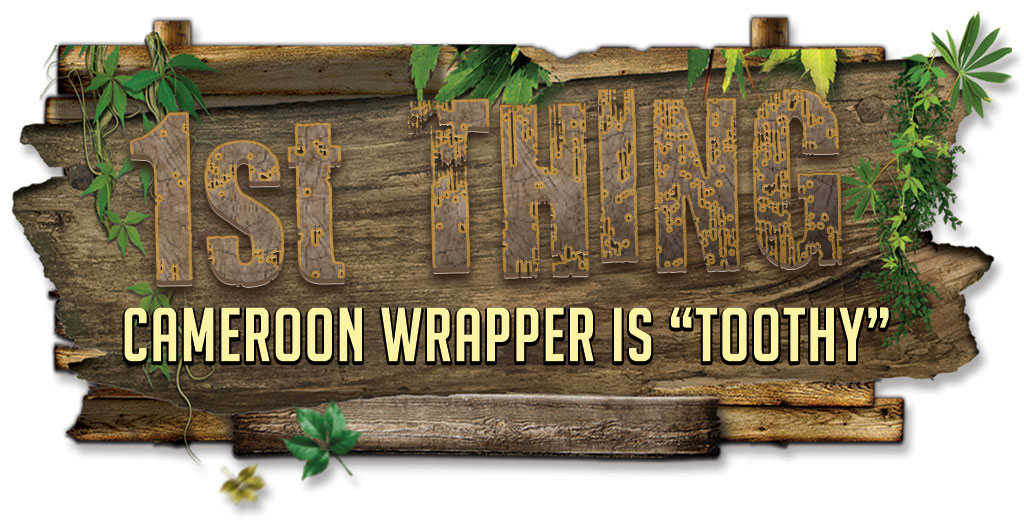 Cameroon wrapper is “toothy.” That doesn’t mean what you might think, as Cameroon is more mild-mannered and doesn’t have a “bite.” Tooth is actually a quality in the texture of the wrapper, and describes the grain pattern on the leaf. You’ll see it mentioned a lot in cigar reviews online, or in the descriptions of certain cigars. A bunch of different wrapper leaves from a lot of different countries have it, but it’s most noticeable in Cameroon wrapper, with Sumatra and Connecticut Broadleaf being close seconds. Tooth is a rougher texture that if you look real close, looks like little goosebumps all over the wrapper; they’re actually tiny pockets of tobacco oils that have concentrated just under the surface of the leaf. Take a gander at the CAO CX2, which sports a Cameroon binder and outer layer, and you’ll see what I’m talking about. All tobacco contains oil – even Connecticut Shade – and that helps give each particular leaf its unique taste and aroma. Toothy cigar wrappers, Cameroon included, simply have more of that oil – and blenders will use (or NOT use) that quality to their advantage when formulating the taste of a cigar. Sun grown tobaccos tend to show tooth more often, and that’s why I tend to believe Cameroon wrappers lean a little more to the rich and savory side. 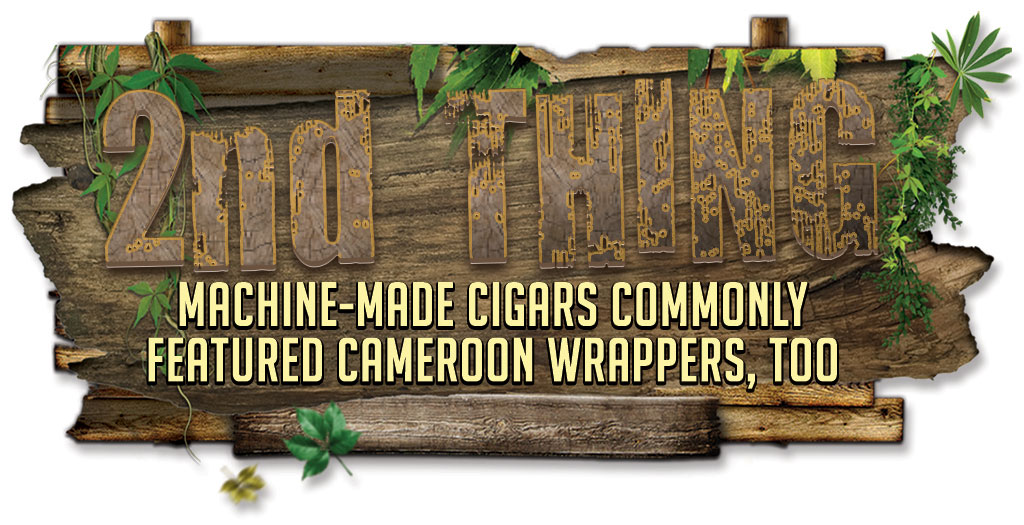 Machine-made cigars commonly featured Cameroon wrappers. If you want to get technical about it, we should really call it African Sumatra, as it was brought to the continent by Dutch colonists from south Asia in the early 1900s. The unique climate conditions made it take off into something very special, which now can be called “Central African.” But because it’s grown to be so flavorful a little to the west in Cameroon (the country), the name stuck. Cured to a rich brown color called “Colorado” and renowned for its taste, Cameroon made an excellent substitute for Cuban Corojo wrapper. It was used to great effect on Arturo Fuente cigars, as well as Ramon Cifuentes’ pick for the wrapper on his first non-Cuban Partagas, and has appeared on many of the more popular mass-produced cigars sold here and abroad, starting in the 1960s: Garcia y Vega, Antonio y Cleopatra, Agio and Henri Winterman’s (among many others) have all made good use of Cameroon on millions of their cigars. 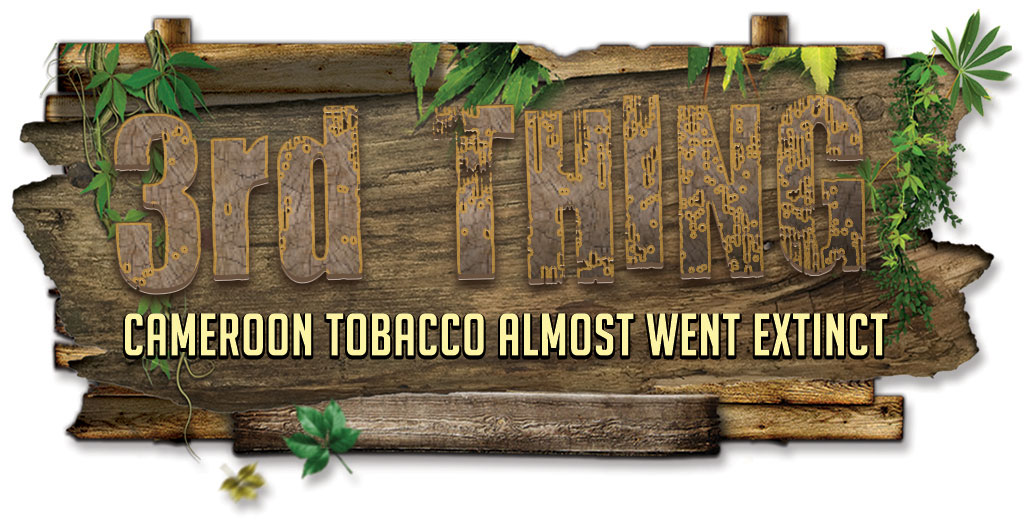 Cameroon tobacco almost went extinct. Though brought by the Dutch, it was France – and their control of the West African country – who established a proper tobacco industry. Plantations, led by expert tobacco men, sprang up in the 1950s and were nationalized under an official monopoly; the industry thrived with new tobacco strains and techniques to boost the production of processed leaf. Cameroon gained its independence from the French in 1960 – but the Europeans still had a heavy hand in directing the new country’s tobacco trade. Prices went up, quality went down, all amid allegations that the French were rigging the bidding/buying process – making it harder and harder to get good exports to Central America. Once most cigar makers began turning their noses up at the tobacco coming from Cameroon, the company overseeing the crops deemed central African tobacco to “no longer be in demand,” and stopped operations. Bad move: their shutdown coincided with the start of the cigar boom.

For African farmers, they had one hope: M. Meerapfel & Söhne Company, a tobacco brokerage headquartered in Belgium. The Meerapfels worked with local growers to keep the flow of goods moving, and restored a steady supply of high quality Cameroon tobacco. Today, the Meerapfel family is responsible for pretty much all of Cameroon’s superb tobacco – used for the Arturo Fuente Hemingway series and Don Carlos lines, among others. 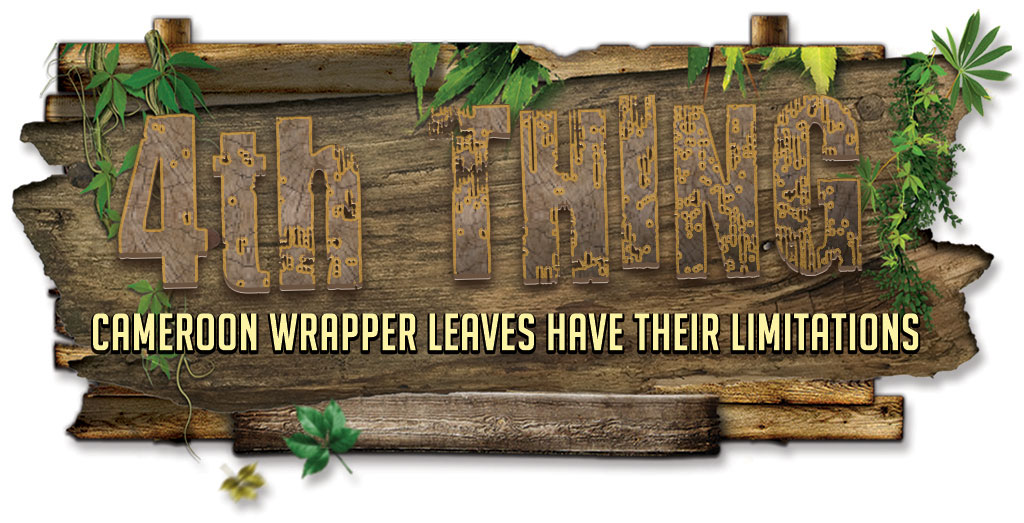 Cameroon wrapper leaves have their limitations. This leaf has become very popular for its complexity – and though we always want “more,” Cameroon only has so much to give. Thinner than its other wrapper counterparts, this leaf is delicate – and notoriously difficult to roll. It also doesn’t stand up too well to the extra fermentation demands to make it Maduro, which is why you’ll hardly ever see one. And by contrast to other cigar tobacco varietals, genuine Cameroon (raised in Africa) leaf tends to be smaller – and therefore, so are the cigars it’s used on. With just a few exceptions from Perdomo (who offers a Cameroon-wrapped 6″x 60 La Tradicion Super Toro), Rocky Patel (the Vintage 2003 Cameroon Sixty) and Nub Cameroon (made in a variety of short but fat-ring sizes), few big ring cigars feature this wrapper leaf. That’s starting to change, as cultivation techniques in West Africa are improving under the Meerapfels’ watchful eye – yielding larger leaves of better quality, and in the larger quantities needed to satisfy the most discriminating of taste buds. 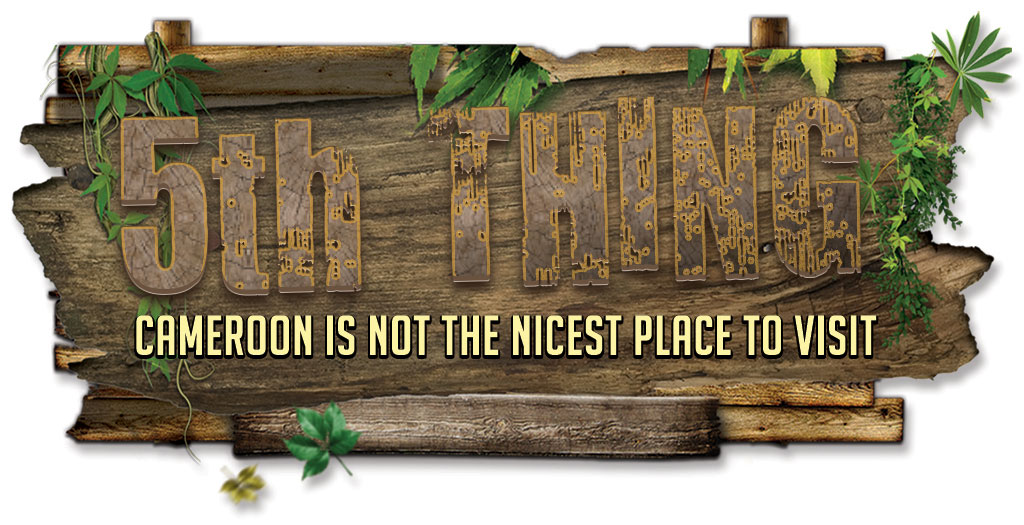 Cameroon is not the nicest place to visit. With a crop so delicious, you’d think it was grown in Heaven. Cameroon, however, is anything but: local government corruption and regional strife abounds, and businesses suffer as a result. To say “the infrastructure is lacking” is an understatement: the roads are rutted and unreliable, electricity is scarce and most farms are Spartan, at best. Many aren’t even accessible, unless you’re willing to hike 3 hours to get there. Let’s just say it’s difficult to do business in remote areas of Africa. But there is a beauty to its simplicity, as the far reaches of Cameroon feature a temperate climate that is perfect for wrapper growing. The soil is rich, the plants are sun-grown – but Cameroon’s natural cloud cover diffuses the sunlight to produce a delicate leaf that’s gloriously uniform in appearance, as well as flavor. The H. Upmann Vintage Cameroon shows this well: decidedly mild, yet punchy with woodiness and a slight pepper that builds – and touched with a bit of cedar from the sleeve around it.

So there are my 5 short-not-short things you need to know about Cameroon wrappers. To smoke Cameroon, well…it’s like a little safari for the taste buds. Try a few that I mentioned, and see: they’re a rewarding step up in body and flavor if you’re used to smoking only Connecticut Shade cigars, and offer nice and savory characteristics if you need a break from your more regular hearty fare.

The Unsung Cigar Hero: the Cameroon Wrapper, via Robusto Joe

Pretty good write-up, but I don’t see how you failed to mention La Aurora and Partagas.

Those new to Cameroon wrappers will search long and hard before finding anything better than an H. Upmann Vintage Cameroon.

Just my opinion, but I think that Cameroon wrappers are best on mild-to-medium blends, providing more complexity than Connecticut Shade without overwhelming the blend.

Love your Pinterest board, guys! I can find all there at a glance! I learnt from my mentor, Luigi Ferri, that it’s thanks to the French SEITA that production was enhanced in the 1950’s. Until the crisis in the 90’s. Then Meerapfel understood further the potential of that tobacco and experimented the production for premium cigars. Now we can enjoy great “Cameroon” wrapped cigars, the ones in the article, the ones added in comments, and many more… I find some of them really elegant. Thank you for writing on this great topic!

I smoked a Don Carlos and didn’t care for it, being on the “sweet” side with other flavors I was not used to, not knowing what to expect, being used to mainly habanos and maduro wrappers. Then I realized it was a Camaroon wrapper and it was “different,” and the next one I smoked was an entirely different (enjoyable) experience. Having a set of expectations had not been a good thing and letting go of that opened my eyes (and tastes) to a new flavor experience.

So, I want to try other Camaroons and you recommend many. It woud be great if Famous Smoke were to offer sample packs of the cigars you talk about to facilitate that.

Thank you for this very informative page! Really nice that I found it.

Nice article, John. Very interesting info about one of my favorite wrappers, presented in an enjoyable format. Keep up the great work!

Read More
Cigar Buying Guides
Let's say that, for whatever reason, you haven't smoked cigars in a while. Time to get back on your game: because it's like starting over, we look at 10 cigars to help recapture your groove. So if you're ready to start smoking cigars again, or just want to discover some great cigars - start here with these!
Read More