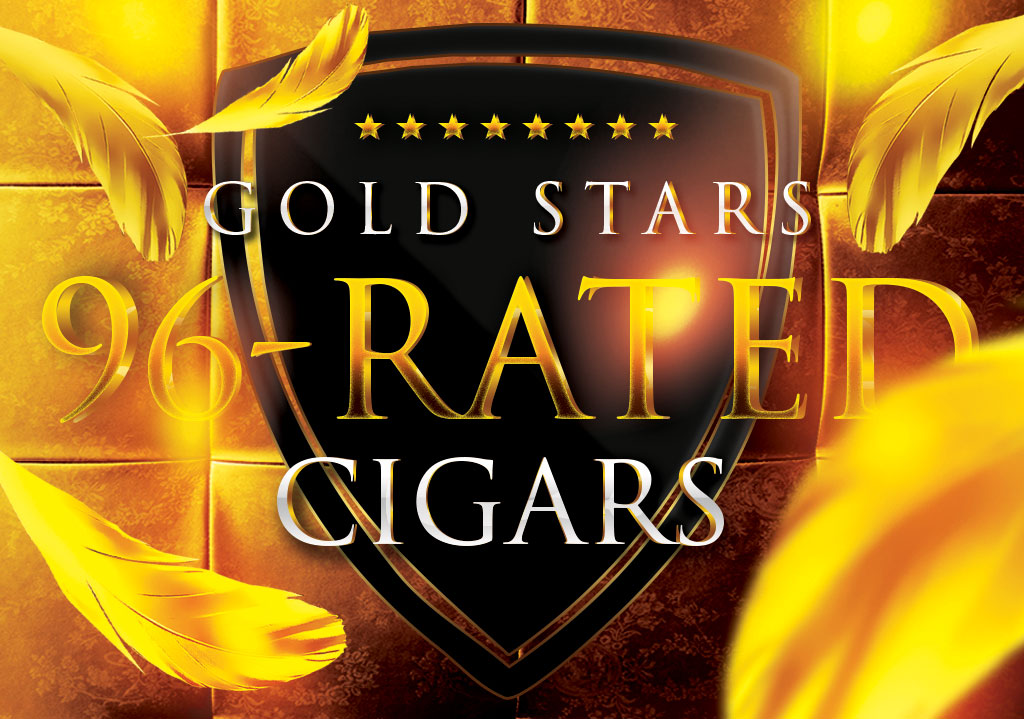 I think it’s safe to say that the whole concept of cigar ratings has evolved. Thank God.

Gone, hopefully, are the days when people showed up in the cigar lounge’s store with a folded-open magazine, the ratings page dog-eared and zero idea of what anything on the page even meant – except that, “this one got a 96!” I remember one instance early on, in particular…two buddies had a copy of another “cigar” magazine. In between the ads for $8000 watches and private jet timeshares, a dog-eared page of ratings – and these two, barely able to control themselves, pawing through the humidor in search of what the almighty had given their highest ratings. Even the guy behind the counter rolled his eyes – especially when they asked if he had Cubans “back there.” Deep breaths, boys…deeeeep breaths.

Good cigars get bad ratings all the time. And whose opinion should you believe most? [That’s why we don’t do scores here at Cigar Advisor anymore – when we review cigars, we try to tell you what you’ll find in them and what kind of person would like them.] When it comes to actual numbers, I like a crowdsourcing perspective, meaning a number of people who have put their collective palates to paper – independently – and see how it averages out. By crowdsourcing, I get to hear the opinions of people who don’t have skin in the game: everyday cigar smokers who don’t try to pass themselves off as “super-tasters,” who like to try a variety of things, and who aren’t going to tank a cigar’s reputation with a bad score before it even comes to market. It happens. Trust me.

So let’s dig into the numbers. The most commonly-used system is a scale of 100 points; on the scale, you have poor (under the low 70s), fair/meh (high 70s – low 80s), good/very good (mid 80s), excellent/superb (upper 80s – low 90s) and “perfect” (96 Rated Cigars+). It depends on who does the rating – some use common attributes like construction, draw and appearance, while others use esoteric terms like “smoking impressions” to try to quantify a feeling. Imperfect though it may be, the bottom line is that at least there’s some sort of continuity when a final score is reached.

So, get enough of the numbers together, and we can start to make some sense of them. When we see magazines, websites, blogs, review sites and everyone and their herf brother agreeing that a certain cigar is truly special, that aggregate tells me that smoke is going to have some damn fine properties for sure. I’m still not crazy about the numbers game – but it’s not disingenuous, either, to acknowledge when the volume of the numbers – like those on these eight 96 rated cigars – start to speak for themselves.

A Nicaraguan robusto of epic proportions: scoring high marks for construction and taste, this special edition smoke is evidence that the cigar business has gotten away from the idea that only the most expensive cigars are the most highly rated. For under 6 bucks a stick(!) you have an Ecuadorian Habano-wrapped masterpiece on your hands, for less than the price of a hoagie. Think about that.

And the crowd goes wild…with a 96 rating. Long considered a standout in the Ashton lineup, the Sorcerer is a true Churchill that earns as many accolades as it does recommendations based on points for taste alone. A complex blend of aged Dominican long fillers with a touch of ligero for bonus flavor, it’s Tabacalera Fuente that is responsible for the production of Ashton’s VSG line, and it shows – as Fuente is no stranger to big ratings themselves.

Joya de Nicaragua consistently draws 10s across the judging panels for thick, robust smokes – and just to show you how well they know tobacco, JdN figured out a way to trade out their signature strength for even more smooth taste and aroma in the Joya Red. This chunky robusto teems with Nicaraguan flavor – as a puro, it’s still robust, meaning it’s a good candidate for both the medium- and full-bodied cigar lover who wants to take a step in the appropriate strength direction.

A limited edition, there seems to be enough of this all-Nicaraguan private estate selection to go around for now…which is good for all of us. The MB3 is routinely quoted as being one of Oliva’s most nub-able cigars – as in, “can’t put it down ‘til it’s burning my fingers.” One review I read called it “just ok” – but still gave it a 98, so there’s something special happening in there. Box-pressed for full flavor, it reaps big ratings for its potent ligero inside, as well as its broadleaf wrapper.

Another Nicaraguan powerhouse, the Padilla Reserva is a feisty smoke that’s graced with a naturally dark-hued Cuban-seed wrapper from Ecuador. If you’ve been searching for the highest rated cigars, Padilla may not have been on your radar – but half the fun of smoking cigars is trying something that isn’t the most common of fare, and being extra surprised at how satisfying the result is. This smoke is proof.

The Champagne was an instant landmark smoke from Perdomo, touching down as the next generation of the very popular – and very tasty – La Tradicion line. If you remember those…oh yeah. This affordable, Connecticut-wrapped humidor staple smokes medium, and pulls consistently with a cool, even burn, while big Nicaraguan flavor abounds in this husky torpedo. And that’s the other thing about Perdomo: when it comes to bigger sizes and bigger taste, Nick can pretty much lay claim to having done it first. A well-earned 96, to be sure.

Surrogates are a ratings animal by word of mouth alone – and for those that like a big ring smoke (this is a 6×60) that’s chock full of Nicaraguan pepper and spice, that word is out among you and spreading. Animal Cracker is wrapped in an Ecuadorian Habano varietal that’s been extra-cured to a rich Oscuro color, offering deep dish flavor: thick, rich and medium-full. Boutique all the way – and if you like his Tatuaje lines, you’ll appreciate – and most likely agree with – the high marks for this Pete Johnson boutique.

Anything that can make the “96-rated” discussion for under $4.50 is bound for many a must-smoke list. This medium-bodied offering from Punch is an earthy Honduran toro that’ll take you for a nice ride through Flavortown, with a detour through of the seedier back alleys to get you to the next tasty stop in a hurry. “Consistency is key,” they say – and that contributes to Sucker Punch’s ratings.

Rating a cigar is tough business. We can all pretty much agree that anything above a 90 is memorable and that we’d smoke it again, but everyone’s experience with a cigar can be different – and that score might vary simply based on the reviewer’s mood, or where they’re smoking it. But try it from the crowdsourcing perspective – if no one authority trumps another, then it’s easier to see why it’s generally accepted that anything clocking in among the small group of 96 rated cigars is a (soon-to-be) classic smoke.

Nice article. We would like to note that Stogie Press has never put numbers on ratings for the exact reason you mention. We are happy to see others joining in and just telling it how they see it.

Only smokes Dominican’s to appreciate what only a Habano can provide,

Haven’t tried a few of these, but you did make me reminisce about “La Tradicion” from Nicky… sheesh, do I ever miss those cigars! Will try, of course!

Thank you CA! Thank you for validating that humans are the best judge of cigars, not sales hype from some dot com or manufacturer trying to make a silk purse from a sow’s ear.

Four years ago when I started smoking, I was one of those boobs with the magazine. After a couple of years of not really like some top rated stogies, I started depending on my cigar guy with the same palate. Now my top rated cigars are in the $5 to $7 range and most not rated!

Thanks for the info!