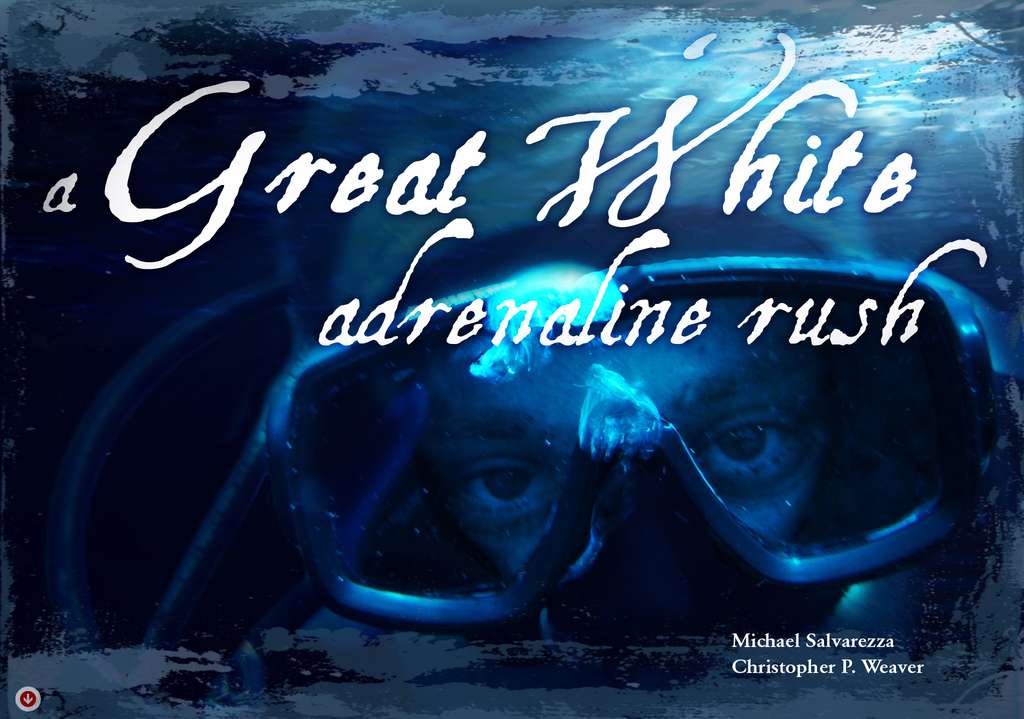 We had journeyed to Mexico's GuadalupeIsland, a barren, desolate and virtually uninhabited island some 150 miles off the BajaPeninsula in search of adventure. We were here to see one of nature's supreme predators, the Great White Shark.

The air hung still over the island with lazy indifference. Hot, humid, bright, languid…the scene above the water was in stark contrast to what was happening below the surface. Our hearts were beating and we had that strange lump-in-the-throat sense of nervous anticipation…our turn in the shark cage was next!

Our objective was to observe these massive predators from the safety of shark diving cages, photographing them in their natural element. After 22 hours of cruising south from San Diego, we spotted the dome shaped island jutting up from the horizon and peeking out from a shroud of grey clouds. As the boat approached, we immediately gained a sense of the wild nature of Guadalupe: the thundering sound of waves pounding against the rocky shore on the northernmost point of the island, a strong wind blew from the west and a stream of clouds, created from the rapid ascent of warm air along the steep slopes of the island, tumbled off the highest peaks and across the open Pacific. Even with the din of the boat engines, we could hear the raucous barking of the resident populations of Northern Elephant Seals and Guadalupe Fur Seals as we motored towards the safe anchorage of PrisonBeach.

That was yesterday. Today, with the weather calm, the diving was well underway.

Shortly after breakfast, the rotations in the cages began. Diving with Great White Sharks at Guadalupe involves carefully practiced procedures: sturdy cages are attached to the stern of the boat and teams of eager divers enter for a 45 minute turn hoping to see these magnificent creatures up close and personal. Air is supplied from the surface using hookah hoses and each cage has two escape hatches, one on each side of the cage just in case the action gets too dangerous: with large open view ports for photographers, it is possible for sharks to become somewhat wedged in the cage.

Indeed, back in San Diego when we first boarded the boat, we noticed fresh welding marks on the cages: sharks had damaged the cages on an earlier trip. Gulp!

Soon enough, it was time to jump in. From inside the cage, a sense of comfort enveloped us as we peered into the clear pacific water. Clouds of small baitfish swirled around the cage, eager to snap up morsels of food from the chum being thrown in the water. We waited.

Suddenly, someone in the adjacent cage began banging on the metal bars: A shark! Our heads swiveled frantically as we peered into the blue searching for the animal we had come so far to see. Looking out, we couldn't see anything…until a massive rush from below:

A Great White Shark the size of a small bus rocketed from the deep making a close pass to the side of the cage as it torpedoed to the surface!

The action was just getting started. And for the next three days, we spent hours in the cages watching these massive, beautiful, terrifying creatures patrol the waters around our boat and the cages.

On TV, these sharks are often shown in super-slow motion, giving the viewer a chance to linger over the sublime beauty of these creatures. In reality, these animals are fast. And big! From the surface, they look large and shadowy dark. Underwater, they swim with an air of malevolent confidence.

One of the most striking aspects to these perfectly formed creatures is their girth…these are not the sleek, torpedo shaped sharks we have seen in other parts of the world. Rather, they are hefty and their girth is a testament to their power. When striking at prey, they are swift and the slashing and tearing they do is most impressive. The jaws are filled with dozens of triangular teeth, arrayed in a nightmarish pattern optimized for the efficient cutting of flesh. Underwater, we could hear the crunch of the jaws as they bit into the large tuna being offered as bait.

The sharks ranged in size from 12 feet to 15 feet in length and they weighed upwards of 3,000 pounds. Massive, impressive, formidable animals, they are the true apex predator in this section of ocean. While these sharks generally feed on large, ocean going fish such as tuna, they come to this island to feed on the seals that live here. Indeed, we witnessed the dramatic, and swift, killing of a large Elephant Seal by a 14-foot Great White Shark in the early hours of dusk one night after completing a successful day of underwater photography.

With each dive, our sense of appreciation for nature's supreme predator grew. When we were in the cage, we were awestruck, our senses heightened and our focus solely on the action in front of us. When we were onboard the boat, we couldn't stop talking about what we had seen and we couldn't wait to get back in the water. Evenings were spent reviewing images, telling stories and watching videos. And on our last day, our last dive in the cage, we were acutely aware of the special experience that was now almost behind us. We savored the final few glimpses of the sharks; we soaked in one last moment in the water and pushed the trigger on our cameras one final time.

Emerging from the cage into the sultry late summer air we each had big grins on our faces. Our adventure was a success, better than we had imagined. And we couldn't wait to get home to tell people about our encounters with the world's most dangerous shark…and how much we had fallen in love with them.

Michael Salvarezza & Christopher Weaver have been diving the waters the world since 1978. In that time, they have spent hundreds of hours underwater and have accumulated a large and varied library of photographic images. Mike and Chris have been published in numerous magazines, including National Geographic Adventure, and have authored numerous articles for the majority of the dive publications the world over. Their work has been used to support a number of research and educational programs, including the Jason Project for Education, the Atlantis Marine World Aquarium in New York and the Cambridge University and the University of Groningen Arctic Centre work on monitoring the transformation of historic features in Antarctica and Svalbard.

Reading Time: 4 minutes See what we’re #nowsmoking today? Watch Gary and Jenny team up for a Rocky Patel LB1 cigar review – built with a three-nation, medium-bodied blend, see what interesting surprises this Robusto had to offer.