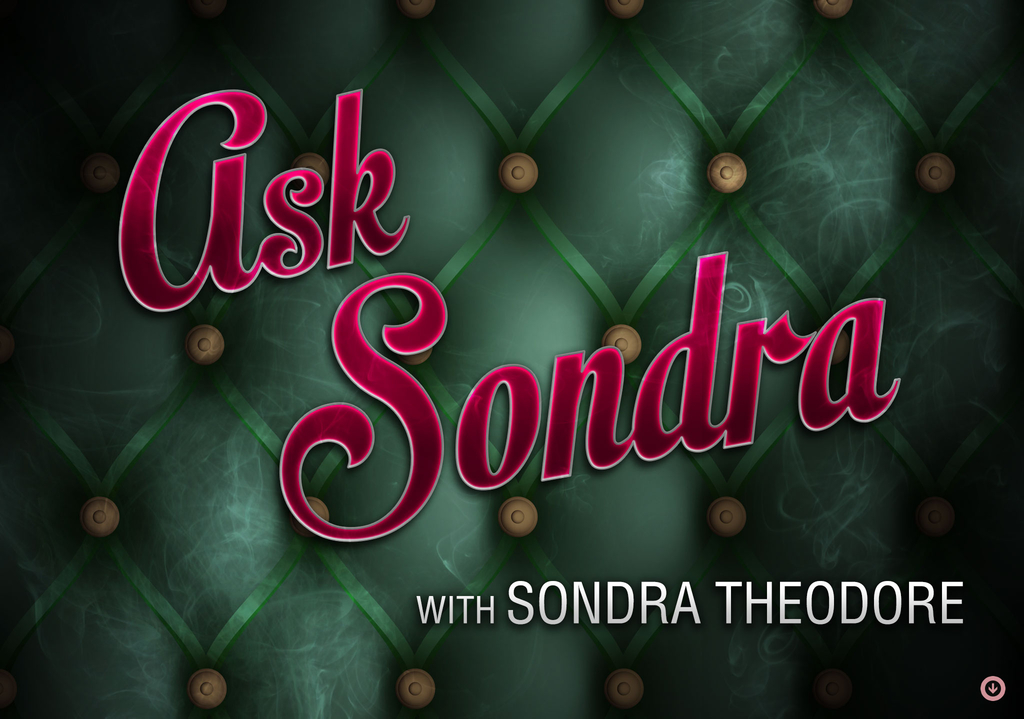 Everyone makes fun of pickup lines as a corny way of getting a conversation started, so my question is what, from the female perspective, is the best way for a guy to start a conversation with a girl he is interested in?

People make fun of them for a reason! The quickest way to send a lady walking the opposite way is to use any of them! We like honesty. If you see someone you would like to get to know, just be sincere. Put your best smile forward, walk right up to her and tell her how you feel. She will most likely be flattered and very definitely pleased you didn’t throw her a line.

Do you consider cigar smoking something that can enhance the sex appeal of either a man or women?

Personally, I find a man with a cigar very sexy. I happen to have an old photo of myself puffing on George Burns’s cigar, and I think it’s safe to say he thought I looked very sexy smoking it, though he seemed a bit nervous as to whether I would give it back. There are, however, two kinds of people in the world: those who love a good cigar, and those who can’t stand the smell. As for me, I love the smell of a cigar, and a man who is smoking one!

If a man has a desire that thrills him, is it always better to openly share that in a relationship? For example, I’m fascinated by and enthralled with women’s feet. Many people would find that unusual and even an extreme fetish. Therefore, is it better to share that desire with the woman in my life, in order to be fully open and honest, or keep such a fetish to myself and avoid any potential recriminations?

Frankly, I don’t find your so-called “fetish” all that alarming. Besides, my guess would be any girlfriend you had would have a closet filled with gorgeous shoes! Who could complain about that? Seriously, I would think you could tell pretty early into a relationship if you could reveal something like a personal fetish and have it be accepted by the other person, or you wouldn’t have gotten that far. If pretty feet is all you’re obsessed with, I wear a size 7½!

I’m 44 years old and recently divorced. Having been married at a very young age I never really dated more than a few months between my first and second marriages. So, I pretty much went from one wife to another. I’m dating different women now, and when asking each other about ourselves, I feel it’s important for me to be honest in telling them that I’m not looking for a serious relationship and currently dating other women. They seem to be OK with that and appreciate the honesty. So, when going out, I treat them like they are the only one, because at that moment they are, and we have a great time. However, as soon as they hear, see, or find out that I’m out with someone else (through social media or other ways), their feelings get hurt, drama begins, and before you know it I’m losing what otherwise would have been a great friend. Do I not understand dating? Am I not clearly explaining myself upfront by being honest? Is there something else I should be saying or doing, or not doing, in order to avoid hurting anyone’s feelings?

You can talk until your face is blue. There isn’t a woman alive who is really “OK” with the man she is dating seeing other women. Then to hear about it or see you out with someone else? Forget about it! I suggest you take your multi-dating to different towns if you insist on dating more than one woman at a time. In other words, if you’re going to play the field don’t play it in the backyard of the women you are dating, dude!

I’ve just turned 53, I’m single, and find dating at this age quite difficult. As a younger woman who was attracted to an older man, what was it that caused you to fall in love with Hef? In other words, what is it that makes younger women attracted to older men? I find that the women dating in my age group are looking for someone to care for them, their kids, or their grandchildren, and they throw out the “I love you’s” way too quickly.

Let’s start with this: Do you have a lot of money? Do you own a mansion? And are you an American icon? If the answer to any of those was “yes,” then you might have some luck with the younger women. If any of the answers were “no,” then I would say shoot for someone older and wiser; they make better company, even if it involves playing nice with their kids!

All kidding aside, at the time I truly loved Hef, but what did I know? I was just a dumb kid! In my opinion, any man that wants to date young girls must be mentally stunted in growth; how else could they handle being with someone as shallow as a young girl who is just starting to become a grown-up, while the man has had years at it? I know that I would go bonkers listening to the drivel of some 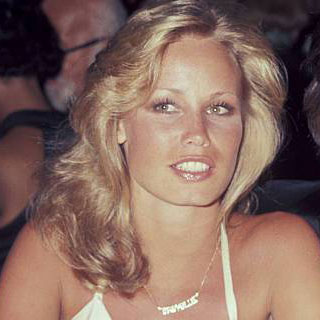 A native of San Bernardino, CA, Sondra Theodore is a former Playmate who made her pictorial debut in 1977. She lived at the Playboy mansion with Hef for over five years, where she was known by the nickname, "Baby Blue." Hugh gave her the name because the Barry White song of the same name was the song they danced to on the night they first met. Eventually Sondra left the mansion, married, and raised two children, a son, Taylor, and a daughter, Katie. Some 10 years later, Sondra and her husband divorced. An accomplished pianist, Sondra holds a degree in Dramatic Arts from U. Cal. San Bernardino, and has a passion for refurbishing furniture, turning the ordinary into the extraordinary. Having lived an extraordinary life, herself, Sondra currently enjoys a quiet, comfortable life in Los Angeles with her two dogs, Charlie and Jack.