Ben Robinson is an Event Coordinator for Operation: Cigars for Warriors.

Born into a tobacco family in Havana, Cuba in 1936, Benji Menendez smiles when he says that tobacco is in his genes. His grandfather, father, uncles and great uncles were considered the royalty of the cigar business during the pre-embargo heyday of Cuban cigars. Of the six original leading Cuban tobacco companies, Benji is the only living person that was active in Cuba and is still active in the industry today. Throughout his tenure at General Cigar, Benji has worked in many aspects of the business, further enhancing his position one of the world's foremost tobacco experts. In his current position as General Cigar's senior vice president of premium cigars, Benji works closely with the company's team of cigar masters on the development of new brands and serves as a sounding board on product quality for leading brands including Macanudo, Cohiba and Partagas.

Brandon Frakes is a contributor to Cigar Advisor magazine. 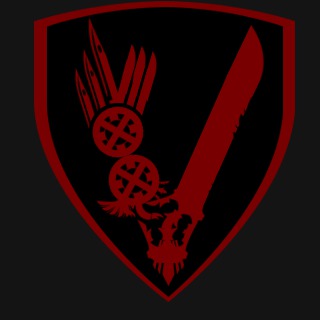 Brian Hewitt is a founding member of StogieReview.com where he authors a weekly cigar review.

Brian L. Wang, M.B.A. is a long time futurist. He is the Director of Research for the Lifeboat Foundation and a lecturer at the Singularity University, in addition to being the author of Nextbigfuture.com.He has worked in the information technology industry for over 20 years andran his own professional services computer consulting company. He hasalso been involved in e-commerce, internet startups and real estateinvesting. He is the author of Nextbigfuture website (Ranked in theTop 10 Science sites by Technorati and Top 100 Green Sites).He has written over 13000 articles for Nextbigfuture including in depthcoverage on energy (especially nuclear and nuclear fusion), space, quantum computers, superconductors, nanotechnology, advanced computersand communication, military, technology and AI.He has provided an annual update on nanotechnology at the Singularity University from 2009 to 2012.

Growing up in the Detroit Metro area, Bryan studied commercial aviation before settling in IT, working in the automotive engineering industry for GM and major suppliers until moving to FL in 1999 to switch careers. Becoming a full time wedding and commercial photographer in 2007 opening BG Pictures, Bryan quickly merged passions of photography and cigars by moving in to the cigar photography scene producing ads, banners, booths, web and fine art for a variety of manufacturers and shops. He started Cigar Obsession to further his passion for the enjoyment of fine cigars and help others get the most out the fine hobby with unbiased, professional information and reviews.