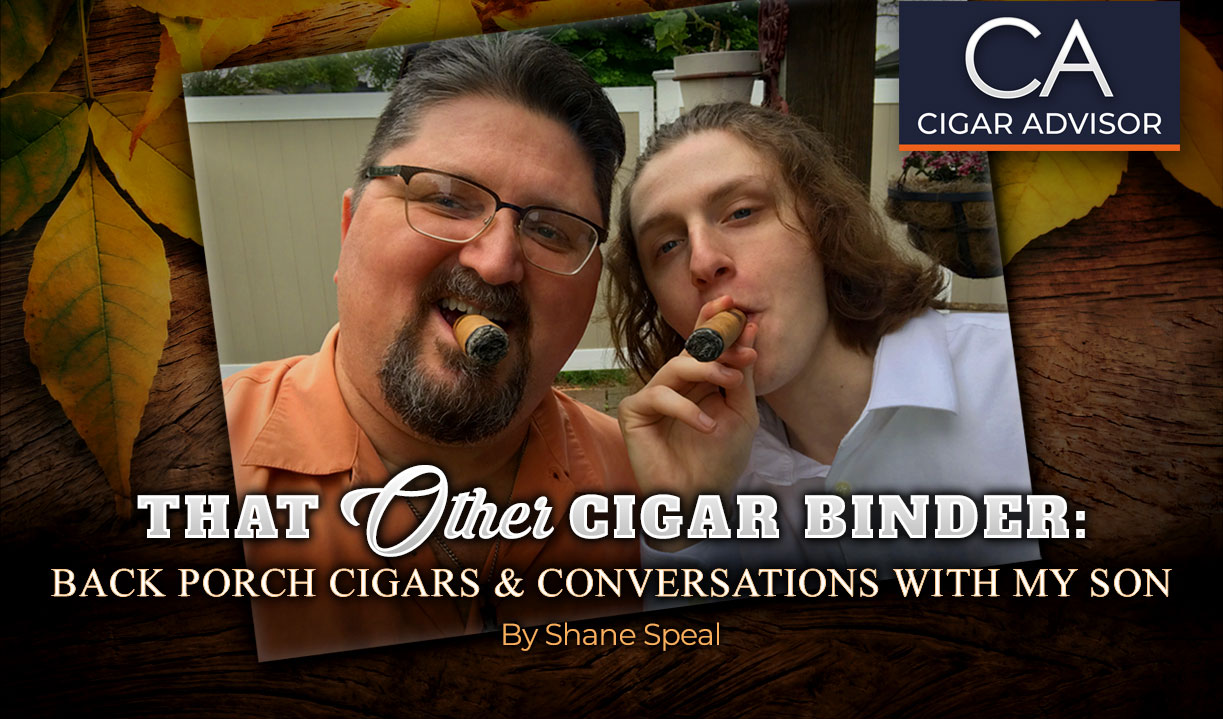 That Other Cigar Binder: Back Porch Cigars & Conversations with My Son

Worldwide, I’m known as “The King of the Cigar Box Guitar,” but at home, I’m just “Dad.”  I have two boys and my eldest son recently graduated high school.  The closer he got to the end of the school year, the more I noticed him paying attention to the little things that grown-ups do:  paying bills, doing home improvements and even enjoying a good cigar on the back porch.

I’ve always let him try a puff on my cigar, describing the flavors and aromas.  It was a way of piquing his curiosity on finer things in life, even as we live in a blue-collar neighborhood.  He’d take the puff, smile and hand it back. 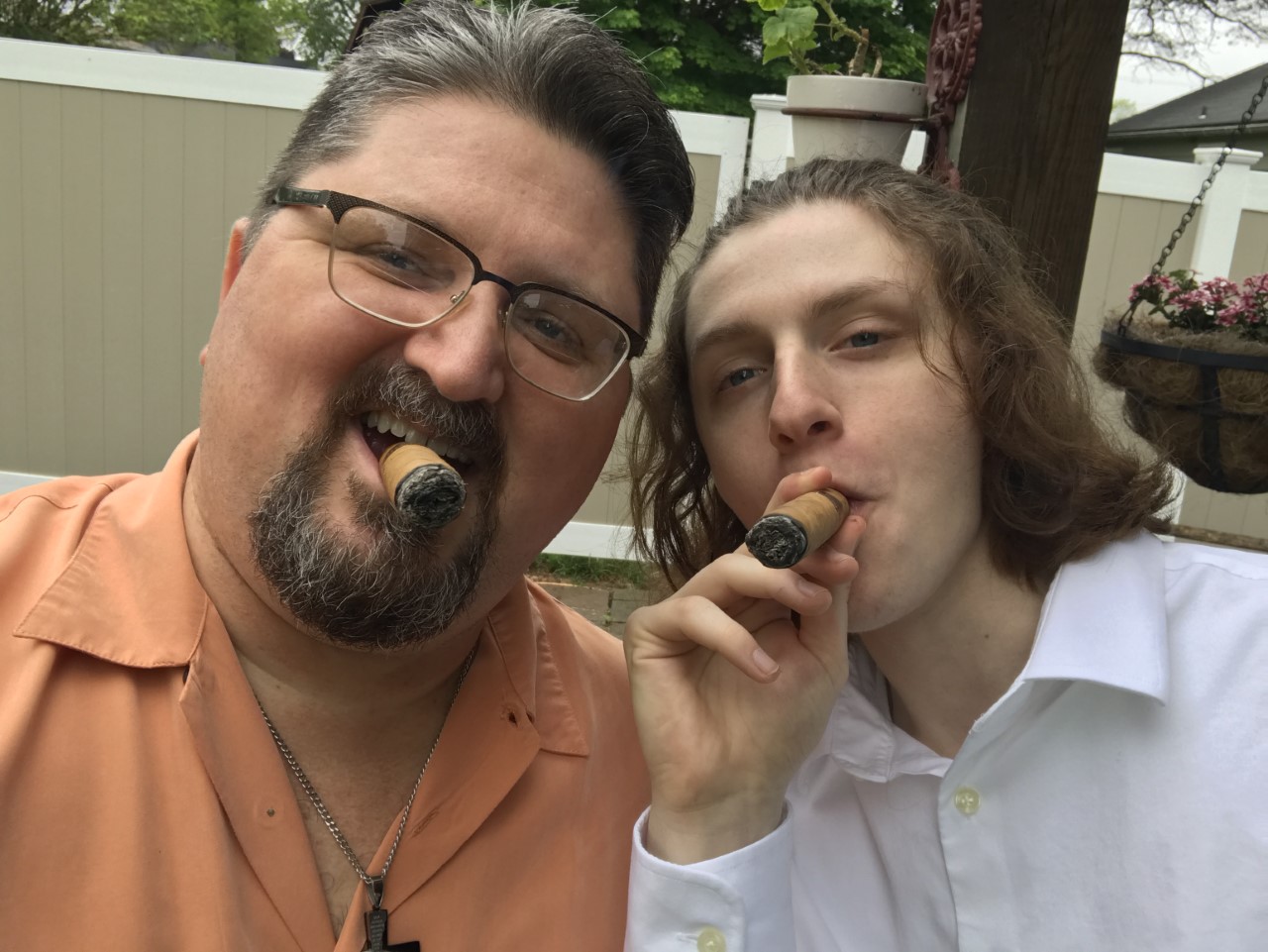 Now that he’s older, he’s been asking for his own cigar as I pull out the humidor.  I smile and open the lid, telling him to select one.

Allowing him to smoke a cigar with me has opened up new conversations and connections with him that I’ve always dreamed about.  It’s a deeper communion with this kid that I sacrificed so much for over the years.

I’ve always been thankful to the cigar companies for making the beautiful boxes that I fashion into guitars.  Now I’m even more thankful for them as they draw my son and I even closer.

Hear Shane’s music on Spotify and other streaming services.  For more info, check out PoorMansGuitar.com and ShaneSpeal.com

And in 3 short years you can introduce him to the amazing Shane Speal Old Fashioned! Yum!

Maple syrup is the secret ingredient!

Now that’s parenting , you can’t stop our kids from trying things in life . But you can teach they the right way to see if they really like it or cause friends talked them into it . When friends show them things it’s never the right way . But if you teach your kids things with no pressure on them , they learn the truth about everything they see and hear about . That’s what raising our is about . Or at least that my oldest son said about the way I raised him , his sister and younger brother . Their all in their late 30 now and doing great in life . I even got them and my grand kids playing cbgs lol 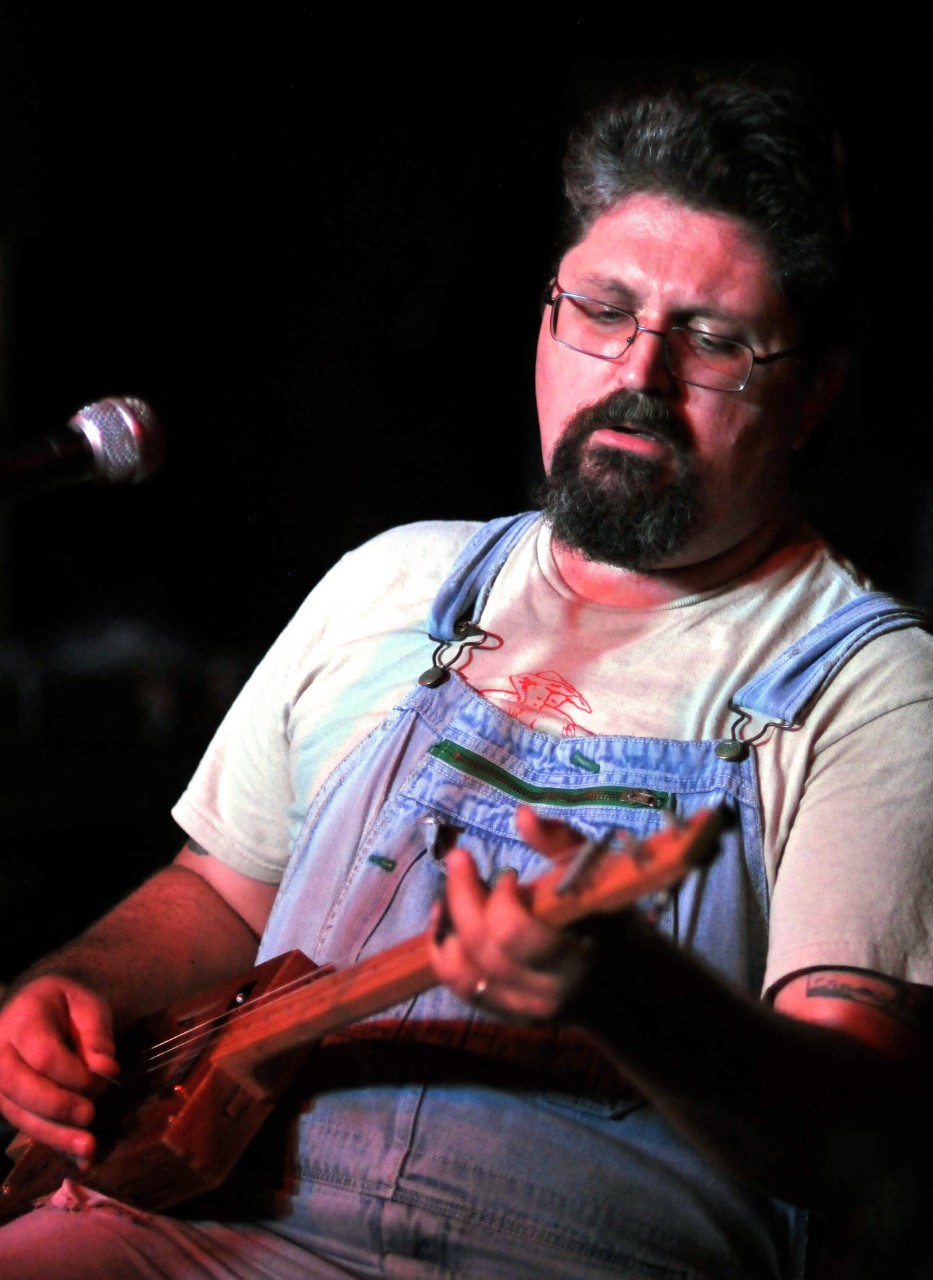 Shane Speal is a blues musician and the lead instigator for the modern cigar box guitar movement. His book, Making Poor Man's Guitars (2018 Fox Chapel Publishing) features cigar box guitar plans and more. His music can be heard on Spotify and other streaming services. For more info, check out PoorMansGuitar.com and ShaneSpeal.com. (Photo by Kevin Stiffler)