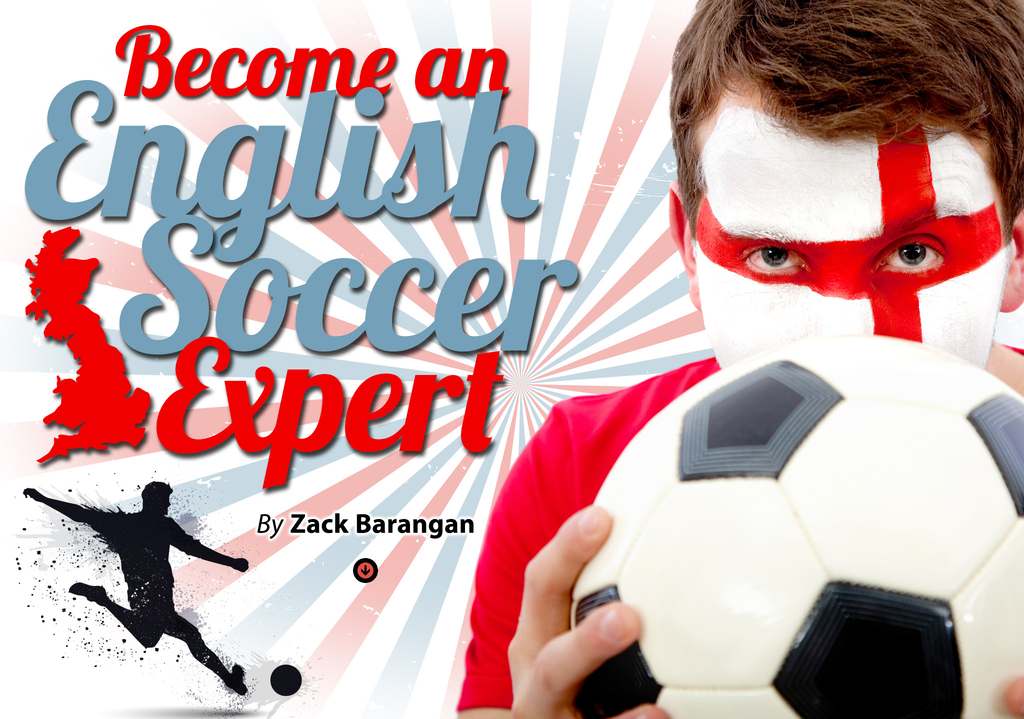 To the serious sports fan, it should come as no surprise that the English Premier League, commonly known as the EPL, the country's top flight soccer federation, is one of the most revered professional sports leagues in the world. But as prominent as the EPL is, its conventions may seem foreign and confusing to the uninitiated. Distinctive features of the league such as the numerous scores, the myriad of players and positions, and the ever-changing standings are all crucial factors in understanding the game.

Soccer is the world's most popular sport, and English fans are some of the most dedicated. In fact, to please those purists, we will now refer to the game as football. Step inside a stadium during a match and you will marvel at the countless signs, the songs and the endless cheering. It is a sports experience unlike any other.

Becoming an English football fan can be a long road, but it's ultimately worth it. The first step in learning the game is to understand the rules. Then you'll need to learn a little about the teams and the players.

At its core, football is easy to understand. Two teams of 11 players are on the field for two 45-minute halves. Extra time to make up for stoppages of play (due to injuries or penalties) is added to the end of each half. There are 20 teams in the EPL, and during the course of a season (from August to May) each club plays each other twice for a total of 38 games. Teams are awarded three points for a win, one point for a tie and zero points for a loss. Teams are ranked by total points, with goal difference (goals scored minus goals allowed) and total goals scored acting as tiebreakers. At the end of the season, the club with the most points is crowned league champion.

Interesting twists unique to European football leagues are the processes of promotion and relegation. At the end of the season, the bottom three teams are relegated to the second-tier Football League Championship for the next season, while the three top teams of the Football League Championship are called up to the Premier League. Conversely, the top four teams qualify for the Union of European Football Association (UEFA) Champions League, the annual continental club football championship. In this tournament, the club teams from every European football federation compete in a tournament to crown the best team on the continent. On top of that, there are two domestic cups that teams compete for: the Football Association (FA) Cup and the FA Community Shield. With this much football to be played, it's easy to see how fanatics can revel in all the football they desire. 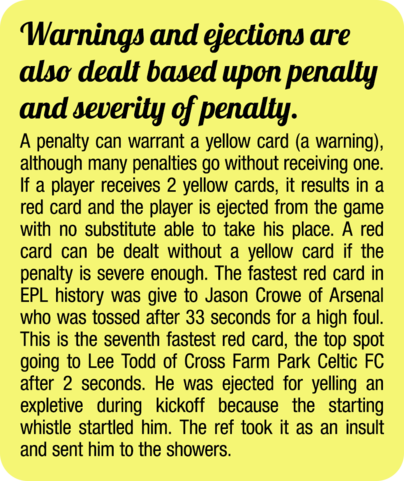 Outsiders may find it difficult to sort through all these games, but it's a much easier task when there is a team to root for throughout the season.

Like any sports league, the EPL includes dominant powerhouses and perennial underdogs. But which ones are worth your allegiance? That's up to your preferences as a sports fan. Manchester United, the 2012-2013 league champions, is the current dynasty of the Premier League, spending the most money and raking in the most trophies in English football. The comparison to baseball's New York Yankees is obvious. Behind them are cross-town rivals Manchester City – a team whose wealthy ownership and young players have led the team to success, even over the mighty Man U. 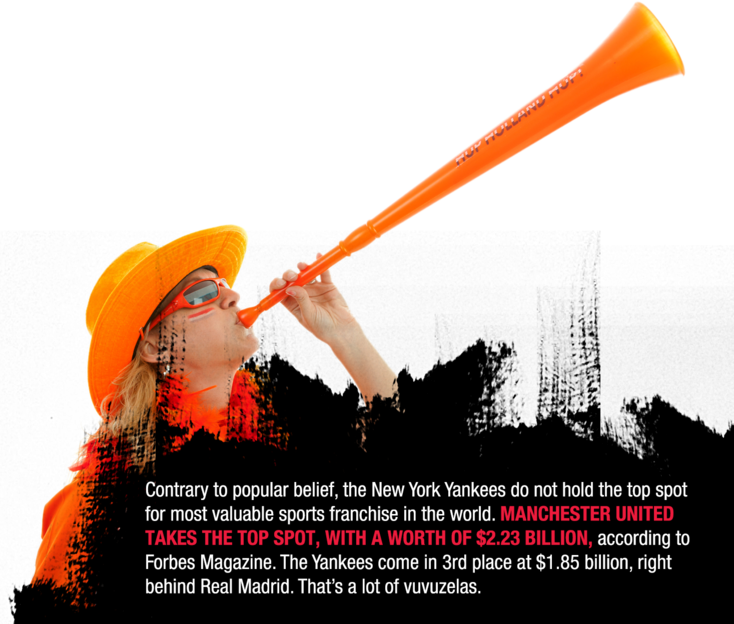 Rounding out the top four teams are Chelsea and Arsenal; both are London-based and command vast fan bases. Author Nick Hornsby's novel “Fever Pitch” was based on Arsenal's historic undefeated 2004 season. Chelsea is renowned for its Russian ownership and wide variety of international players like Fernando Torres of Spain and Eden Hazard of Belgium. The rest of the league is abound with historic teams, like Liverpool and Tottenham Hotspur, that are currently struggling to replicate the successes of the past – and upstart teams like Everton and Aston Villa, which hope to turn their young squads into future champions. The EPL, like any league, is full of characters and storylines that unfold as the season progresses.

Though football is a team sport, the game is made even more enthralling by its extraordinary players. You've seen them on the highlight reels, making magic on the field with elite skills. As the English Premier League is one of the most successful leagues in the world, some of the best to ever play the game have graced the field in English colors. Talents like Eric Cantona, Alan Shearer, George Best, Thierry Henry and David Beckham, to name a few, have spent much of their careers in the EPL. 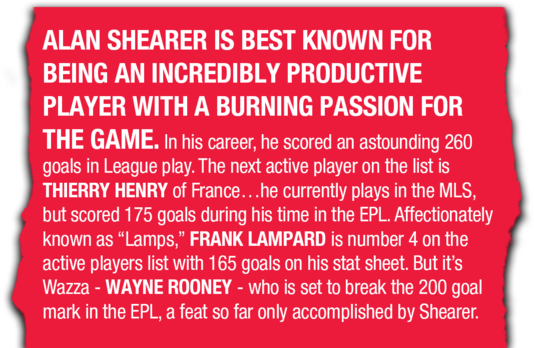 Today's crop of stars is a mix of veterans in their prime and hotshot young players looking to make a name for themselves.

Manchester United is often lauded for fielding an All-Star-caliber team, and this past season was no exception. Leading their attack is striker Robin Van Persie, a Dutch player who has really hit his stride in the past two years by scoring, seemingly, at will. Following Van Persie are players like Wayne Rooney and Michael Carrick, homegrown English stars who are perennial MVP candidates. Other offensive players of note include Tottenham's Gareth Bale, Chelsea's Juan Mata and Liverpool's Luis Suarez. These men are all noted for their dazzling pace, skill and preternatural goal-scoring abilities that amaze crowds on a regular basis. On the defensive side of the ball, the ageless Rio Ferdinand and Nemanja Vidic, among many others, embody the rough-and-tumble style of play that is the Premier League's trademark. A talent-laden federation like the Premier League has a trove of amazing athletes who make the game a pleasure to watch.

Though the game is still dominated by Europeans, American athletes and owners have began making an impact on the EPL. Texas native Clint Dempsey, Tottenham's attacking midfielder, has played in the league since 2007 and is constantly considered among the best players in the EPL. American investors have even turned their eyes across the pond. Boston Red Sox owner John Henry recently purchased Liverpool FC with the help from a large investment from one LeBron James. In 2005, American businessman Malcolm Glazer, owner of the Tampa Bay Buccaneers, became the owner of the storied Manchester United Club. It seems like as time goes on and the popularity of football rises stateside, we will inevitably be seeing more and more American influence on the EPL.

Becoming an EPL fan is like anything else – practice will breed familiarity. One of the easiest and best ways to be introduced to the culture of Premier League fandom is to pick a team and then find a local watering hole to view the games. You'll find yourself surrounded by passionate fans that sing and cheer for their squad for 90 minutes straight. Win or lose, EPL fans are dedicated until the bitter end. Veteran sports fans will tell you that cheering for a team with everything you have is an experience that cannot be duplicated.

Reading Time: 6 minutes We review the Villiger Exclusivo USA Robusto…based on a Toro made for the 2020 TAA show, this Robusto version is rolled with a spicy core of Nicaraguan and Dominican fillers, exclusively for Famous. Click and get the play-by-play on this limited production cigar!