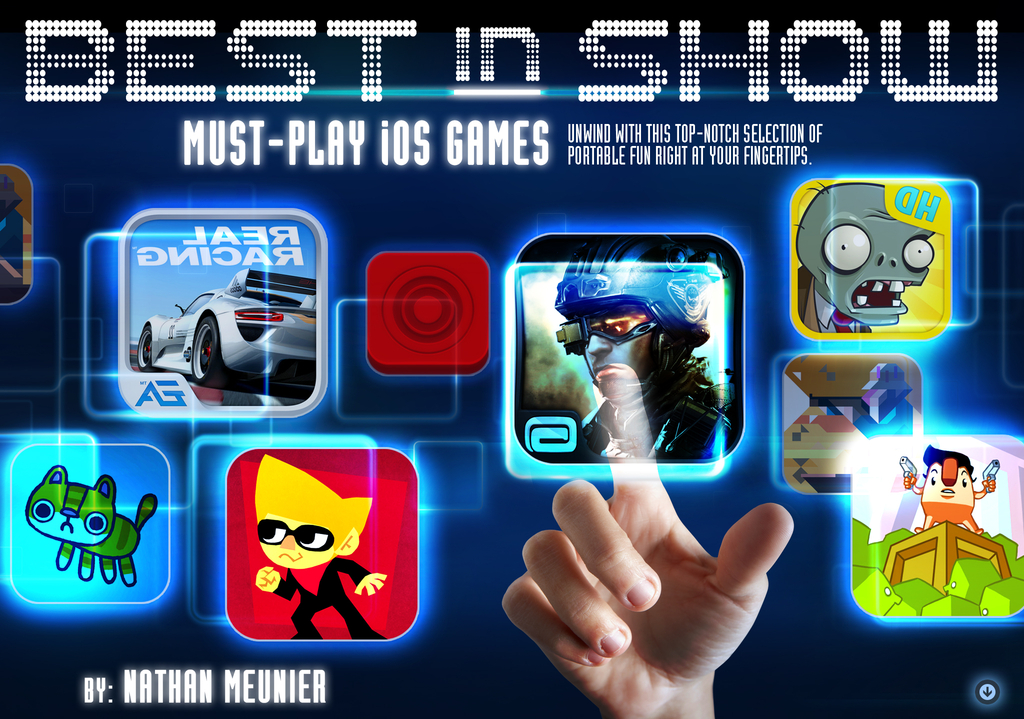 With thousands upon thousands of iOS games available in the app store, weeding through the dizzying range of selections to sort the gems from the crud can be a daunting process. And let’s be honest – the entire process of searching, scanning, scrolling and tapping is about the last thing you want to deal with when you need a quick gaming fix during an aggravating commute. Don’t sweat it – we’ve got your back. Whether you’ve got an itchy trigger finger, a need for speed, or a hankering for just about anything in-between, we’ve done the legwork for you and put together our picks (by genre) for the best downloadable iOS games on tap.

(Warning – Cigar Advisor & the author shall not be held responsible for missed airline flights, your being late to birthday parties, the resulting breakup after ignoring your wife or girlfriend, getting fired from work or similar, due to your gaming habits. We just give you the tools, it’s up to you to use ’em responsibly, son.) 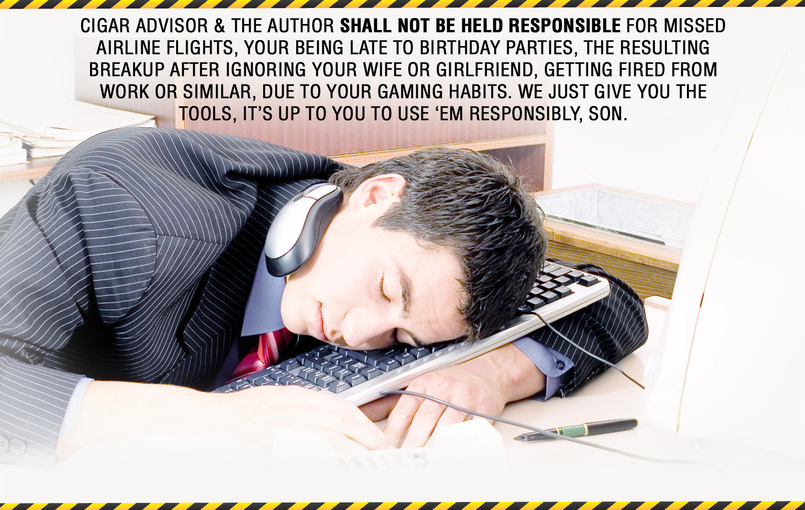 As far as first-person shooters go, Modern Combat 4: Zero Hour doesn’t re-invent the wheel; but it does deliver one hell of a killer trigger-happy romp through numerous enemy-infested locales that range from the rooftops of Barcelona to a secret military base in Antarctica. From the crisp, detailed presentation to the tight shooting mayhem, this is as close as you’ll get to console quality on a portable iOS device. Plus, even after you blow through the intense main campaign, there’s still plenty of virtual blood to spill in the extensive multiplayer modes, too.

Proper lawn care is one thing; defending yourself from droves of brain-eating zombies through the use of landscaping is completely another. Plants vs. Zombies puts a maddeningly addictive and oft humorous spin on strategic tower defense warfare. Instead of bullets and explosives, this backyard warfare is fought with sunshine, vegetables, and plant life. Plunking down your green defenses to take down wave after wave of hilarious zombie foes across dozens of stages keeps the good times rolling.

Punting cats skyward in real-life is obviously a big no-no, but it’s hard to resist the addictive fun of virtual cat-kicking in Hackycat. Tapping these meowing critters to kick them into the air and keeping them there turns into a zany juggling act as more and more cats are thrown into the fray. Tons of cat unlockables, including cats in unicorn suits and robot-kittens, make the already bizarre shenanigans even more uproarious.

Using brain power to make your balls bigger: now that’s a concept. Actually, it’s one that Hundreds runs pretty far with. Each stage in this inventive puzzler tasks you with increasing the size of different balls on the screen so the numbers inside them, collectively, add up to 100. The catch? They can’t touch one another when they’re expanding. This simple puzzle concept evolves in awesome ways as new mechanics and steeper challenges are layered on.

Thievery is rarely a lighthearted pursuit, but Beat Sneak Bandit puts some serious groove in your step as you loot your way through stuffy mansions to the beat of the music. Tapping to the beat maneuvers you through increasingly tricky rooms, and overcoming tougher obstacles requires some sneaky timing to avoid getting caught. It makes for a funky mix of burglary and booty shaking that’s undeniably full of style and charm.

You don’t have to be a total gearhead to appreciate the beauty of high-speed, high-octane action in this excellent racer. One of the most visually stunning iOS racing experiences you’ll find, Real Racing 3 is absolutely gorgeous on the eyes. Social features and accessible gameplay, plus a nice array of real cars to burn asphalt in make this one a serious winner. Once you get behind the wheel, don’t be surprised to find yourself motoring away for hours on end.

Hopping around a Donkey Kong-like arena blasting baddies sounds pretty standard at first, but Super Crate Box packs plenty of depth and extras to bolster its straightforward arcade fun. Collecting crates boosts your total score, but also switches out your weapon at random. It’s a cool twist that adds some risk to the reward. With flamethrowers, razor disk guns, rocket launchers, and katanas to round out your huge unlockable arsenal, carving up an endless stream of carnivorous critters never gets old.

Ever wondered what it’d be like going fishing with a rocket launcher? How about tying a chainsaw to the end of your line? Ridiculous Fishing is awesome because it takes an “anything goes, and then some” approach to the popular recreational pastime. Delving into the murky deep to see what you catch is made all the more exciting by having to blow the living hell out of it in mid-air once you pull it out of the water. Good times, indeed!

Thanks for taking this opportunity to converse about this, I feel fervently about this and I like learning about this subject. Please, as you gain facts, please update this blog with more information. I have found it extremely useful.
If you love gaming for unity games kindly visit….
mobile app & game development

Nathan Meunier is a freelance writer and professional nerd who slings words on video games, tech, and geek culture for a living. His work has appeared in the pages of Nintendo Power, Mac

The Right and Wrong Way to Extinguish a Cigar