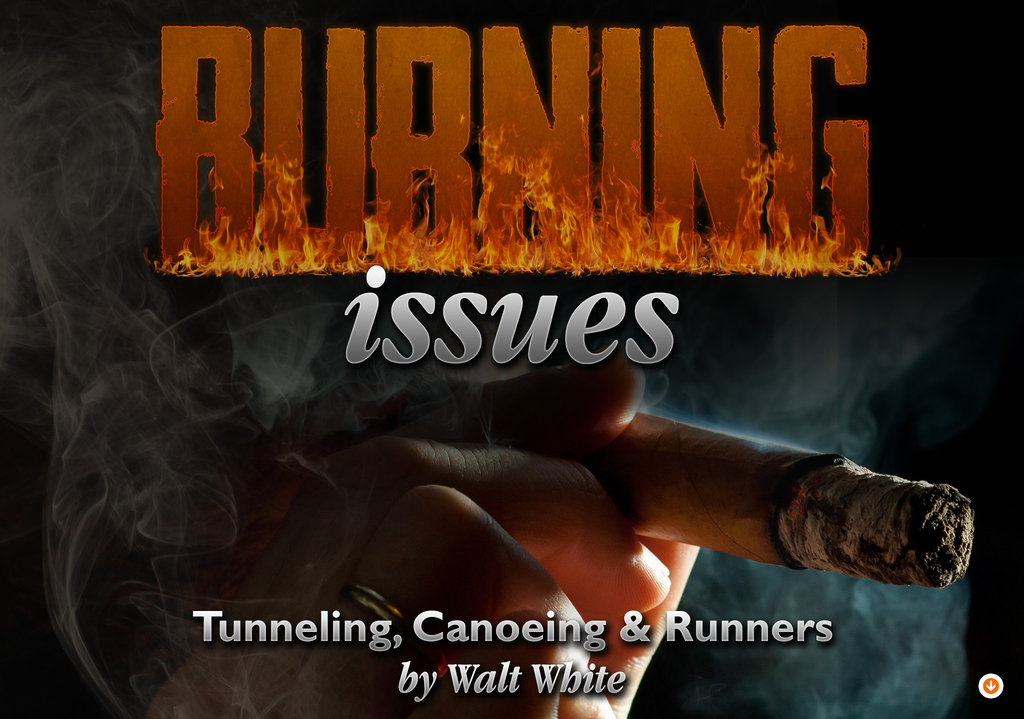 Cigars are a wonderful thing. They have the ability to lift your spirits when you’re down, ease the tension when you are stressed, and bring people together. Still, with all of their positive traits, sometimes they can be a source of stress.

Imagine that you’ve just concluded a hellish work week. As you fight the evening rush, your mind wanders to that cigar resting peacefully in your humidor. You know the one; it’s been calling your name all week, but you just haven’t been able to find the time to enjoy it.

Arriving home, you make your way to the humidor. You retrieve the cigar, and before long, smoke is curling into the air as your tension melts away.

As you close in on the halfway point of your cigar the volume of smoke is deteriorating, and it tastes all wrong. You try smoking through it, but by now, you’re struggling to keep it lit. You turn the cigar over to look at the foot and see a cavity in the filler.

At this point in the story, you can a) keep driving forward and hope the cigar corrects itself, or b) throw away that expensive cigar and start fresh with a new one. Neither option is ideal, but fighting through the burn issue can be hellish. Being able to identify the burn issue and potentially correct it can save you a lot of trouble in the long run.

We’ll help you to identify and resolve cigar tunneling and canoeing issues.

The purpose of this article is to help you identify the more common burn issues. Once you can identify the problem, you can work to correct it – or know when to call it quits.

Is It Really a Burn Issue?

In my early days as a cigar smoker, I was the type that would scowl if the burn line wasn’t thin and even. As I gained experience I became less concerned about the perfect burn; after all, that’s what lighters are for!

It is important to realize that a wavy burn isn’t a big deal. It might not be pretty and it can become a bit messy but I don’t consider anything a burn issue until it significantly impacts the flavor of my cigar.

So if a wavy burn line isn’t an issue, then what is? Let’s take a look at some of the more common burn issues.

Earlier on in this article I conjured up a story in which you looked down at the foot of the cigar and saw a cavity in the filler. This particular issue is referred to as tunneling. The inner fillers are burning at a faster rate than the surrounding tobaccos and causing problems. This particular issue typically happens as a result of one of two things.

The first is an issue on the manufacturing level. A cigar roller, during the bunching process, will use small pinches of tobacco to go in and fill hollow spots within the bunch. If one of these spots is inadvertently missed, it can create a soft spot, or cavity, within the cigar that is surrounded by properly bunched tobacco. When your cigar burns down to one of these soft spots, the tobacco is less dense and burns at a faster rate, creating a hole in the filler.

The second is an issue on the consumer level and is more common among slow smokers. When a cigar is set down in an ashtray for an extended period of time, it begins to go out. This seems to happen from the outside in, with the wrapper going out first. If the cigar is picked up infrequently and puffed on, there is a chance that the wrapper could have gone out but the filler is still smoldering. The partially lit cigar will start to burn down the center until it goes out completely. When the ash is knocked away, it will reveal a cavity.

The telltale sign of tunneling is an immediate reduction in smoke volume and density. The flavor will change for the worse and sometimes, all the touchups in the world won’t fix the problem. I’ve even gone so far as to clip the foot of the cigar hoping to cut out the soft spot. I’ve had mixed results with this method and found that more often than not, if you are beyond the halfway point of your cigar, it is more trouble than it is worth.

Just like cigar tunneling, canoeing is an issue that can be caused by a soft spot in the filler. Unlike the tunnel, which happens towards the middle of the bunch, the canoe can occur due to a soft spot on the outer edge of the bunch. The result is a large hollow dish burned out of the side of your cigar, which as the name implies, looks like a hollowed out canoe.

This type of burn problem is less common due to the placement of the cavity in the filler. Being on the outside edge of the cigar, it is easier to detect both on the manufacturing and consumer level.

The next time you pick up a cigar for purchase, give it a gentle squeeze down its length to check for consistency. If the majority of the cigar feels firm but there is a spot that stands out as being mushy, you may want to look for another stick.

In the event that you run into a canoe, unfortunately there isn’t a whole lot to do except grit your teeth and bear it. I’ve had some success touching up the cigar opposite the canoe. If the cavity is too large, all this will gain you is an empty lighter and a scorched wrapper.

I hate to say it but if you can’t resolve a canoe in about ten minutes, toss the stick and try again. It isn’t the most cost effective solution, but touching up a canoeing cigar is a statistically poor proposition.

Runners are an odd phenomenon that seem to crop up out of the blue. You’ll be smoking without a care in the world when the burn line on your cigar suddenly goes haywire.

I suspect this issue is caused by small veins within the leaf, which can act like a fuse by creating a path for the burn line to follow rapidly.

Though typically not catastrophic, this burn issue can be a cause for concern. Sometimes the runner is short and just looks ugly. In severe circumstances, it can run quite far down the length of your cigar.

If you experience a runner, the first thing to do is avoid panicking. They often look worse than they are. You can try to head it off at the pass by licking the tip of your finger and applying a little moisture to the wrapper, just behind the runner. The added moisture will slow down the runner and give the rest of the cigar time to catch up.

Before you allow your blood pressure to rise over your cigar, take a minute to diagnose the situation. A little patience and some coaxing with a torch can go a long way in resolving problems. By the same token, don’t be afraid to toss the cigar. After all, if it becomes more stressful that the hellish work week you just endured, then what’s the point?

[…] a cigar is most often required when the cigar begins to burn crookedly. Ideally, a great cigar should smoke evenly from start to finish. Then again, a great baseball […]

Pretty good insight but the author, I think, gives up to easily. I have found that with either tunneling or canoeing, if you gently flatten the cigar between your fingers, I don’t mean crush, but gently squeeze the cigar down the length especially where you find “soft spots” that at least the burning problem can be helped or eliminated. The taste however is another matter and goes directly to the quality of the tobacco. I’m on a small budget for cigars so when I smoke a 5 or 10 dollar stick, I won’t give up so easily. I’ve come to accept small problems when I smoke economy cigs but not from the manufacturer. I have my own theory that uneven burns are partly due, as described above, but including variences in the texture and density of the small gap filler tobacco that the roller adds in to eliminate hollow spots. Along with that I find that sometimes uneven moisture of the filler leaves can cause faster and slower burnig spots that can ruin a good smoke. I find thet leaving them in your humidor for at least 3 months really helps. So puff away my fine fellow cigar buffs and good luck. :)

I forgot to mention, when I purchase cigars and burning consistency is a known issue, I simply cut the cigar in half and smoke each half separately. 99 out of 100 this works when all else fails.

When you buy a box of “totalamente a mano”is there a possibility that they are machine made and hand wrapped and the machine that is making them needs an adjustment? Have experienced a lot of tunneling in the last six months.

Hi Gus –
There should always be “truth in advertising.” If the box says, “entirely made by hand,” that should be the emmis. Although there are some factories that hand bunch and machine roll, I have not seen this with any of the most popular premiums. The tunneling could be from inexperienced rollers, or bunchers. So hard to say. If this is a new phenomenon with a particular brand you like, have you also checked your humidor conditions? I had a run of cigars, different brands, too, that were tunneling and burning poorly. Turns out my humidor’s RH was a bit high. Just putting that out there. Let us know if that turns out to be the case.
G-~

Reading Time: 19 minutes My Father Cigars are well-known for making cigars that are packed with big, full body and flavor. If you want in-depth coverage of the entire My Father lineup, and want to learn more about this iconic Nicaraguan brand – read this Advisor guide to get reviews, tasting notes and more on 14 of Don Pepin’s finest premiums!