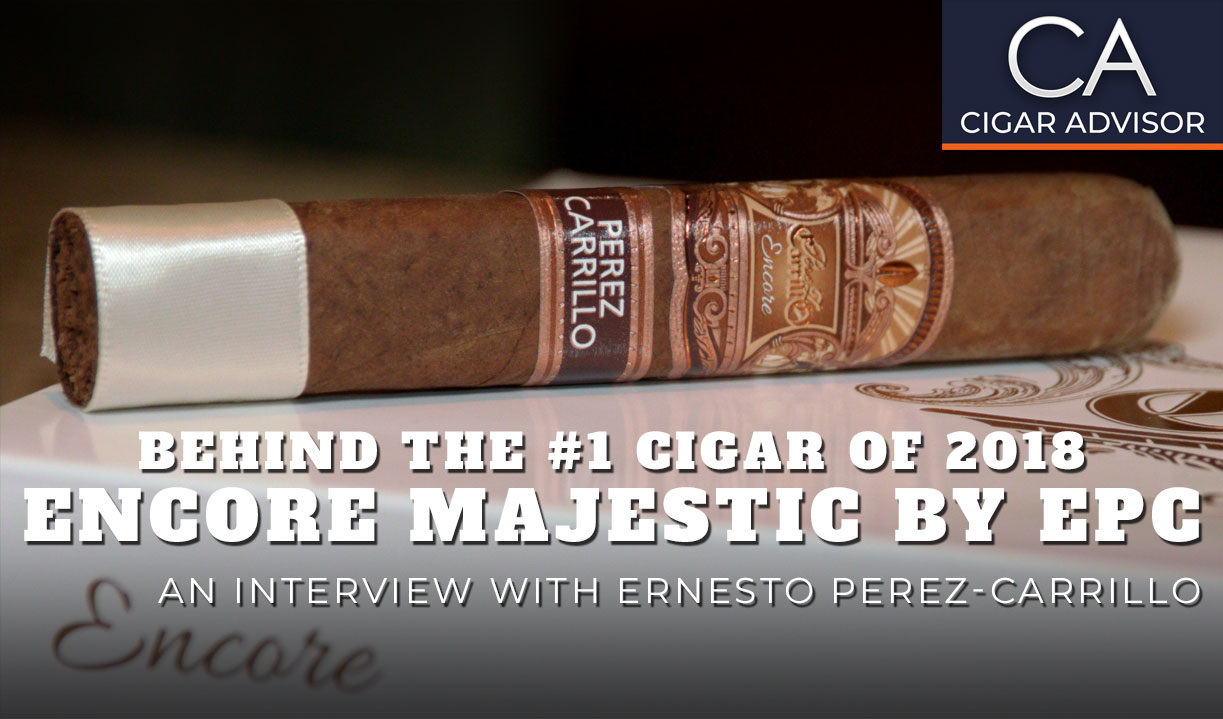 Here’s a video we pulled out of the Cigar Advisor vault…and given the recent cigar news, we thought it would make a great year-end watch.

In May of this year, Ernesto Perez-Carrillo paid us a visit. He was promoting his new Encore by E.P. Carrillo cigars, and several of us sat down with him at Leaf Restaurant & Cigar Lounge where we he treated us to an Encore Majestic. So, we turned on the camera and Ernesto told us the story behind the cigars that, as we would find out seven months later, would be chosen as Cigar Aficionado’s #1 Cigar of the Year.

So what went into this instant classic? Simply put, the Encore selection is Ernesto’s follow-up to his critically-acclaimed E.P. Carrillo La Historia cigars. However, this time he wanted to make something different for his brand, in this case a puro, which is why Encore is rolled with an all Nicaraguan tobacco blend.

Like La Historia, he wanted to keep his family involved, and the names in the Encore series relate to Ernesto’s grandchildren. Ernesto told us why he was so impressed with the wrapper leaf, which is where the blend began. The leaves were aged in palm bark tercios, and if you don’t know what a tercio is, you’re gonna find out.

Ernesto also talked about his father, Ernesto Perez-Carrillo Sr. who founded the El Credito factory in Little Havana, Miami, and the origin of the first La Gloria Cubana cigars made outside of Cuba. (Many believe the La Gloria Cubana Wavell was one of the catalysts of the 90s Cigar Boom.)

Having retired from General Cigar for several years, Ernesto explained why he started his own E.P.C. label in 2009, his blending process, and much more, which also makes this video like a short Master Class in cigar making. Have a look: