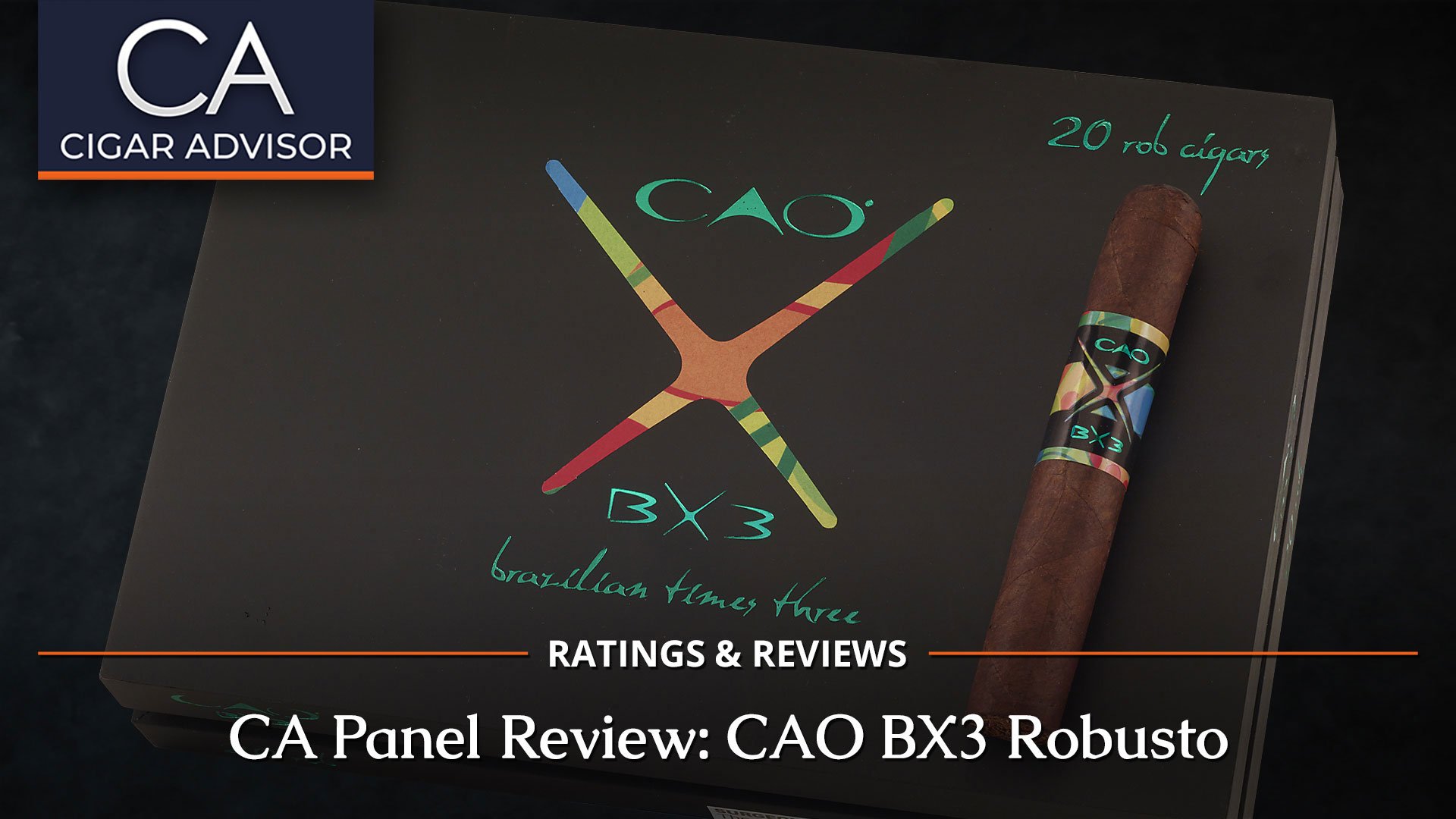 If you asked someone off the street about CAO BX3, they might think it’s the make and model of the latest upstart car company. I wouldn’t knock them for it. All those arbitrary codes like LX, EX, R/T…they don’t really mean all that much…at least until you open your wallet.

Not so for BX3. Like the CX2, LX2, and MX2 that precede it, these codes are references to specific tobaccos: Cameroon. Ligero. And Maduro. X2 is the amount, so you can expect a double dose of those leaves. 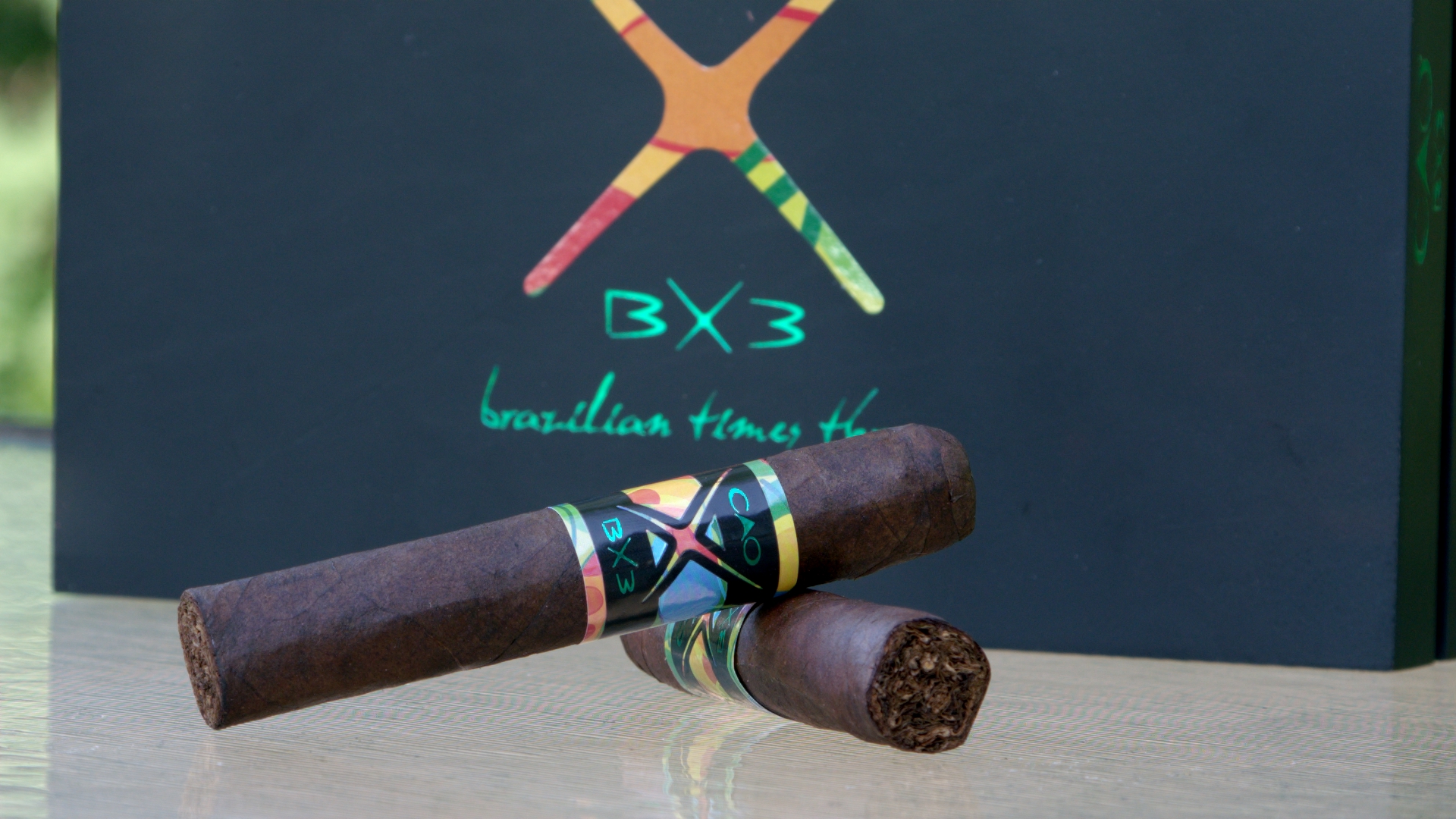 For BX3, CAO chose to focus on Brazilian leaves (bonus points if you thought they were Broadleaf. The CAO folk really love their Broadleaf!). Three this time, instead of two. A Brazilian Mata Fina wrapper, Arapiraca binder, and another Mata Fina leaf in the filler.

It’d be one thing if this were their first rodeo with Brazilian tobacco. But we’re talking about CAO. You know…the cigar company who makes Brazilia. The most popular Brazilian cigar ever made. One of the most popular cigars ever made…period. Talk about big shoes to fill!

We’re not worried. With all that exotic Brazilian leaf on hand, CAO’s BX3 promises to be a tangy-sweet adventure. Check out our reviews below to see what we think, and of course, add yours if you’ve smoked it in the comments below!

Summary: My first few puffs of BX3 were pretty brawny. Lots of pepper, earth, and spices—all expected with the included pedigree of tobaccos. The intensity levels off quickly and significantly, settling in around the medium plus mark. Around two inches or so, I got a sweetness that reminded me of coffee, yet creamy, like coffee ice cream, along with a layer of tangy spices.

The sweetness dials up in the second half with earthier notes taking the back seat (no complaints here). It’s a tangier sweetness that plays well with BX3’s spices. Among those spices is cinnamon. Pullo says it’s like Red Hots candy. I saw it more like the lighter cinnamon hints you get from Apple Jacks. Minus the sugar. 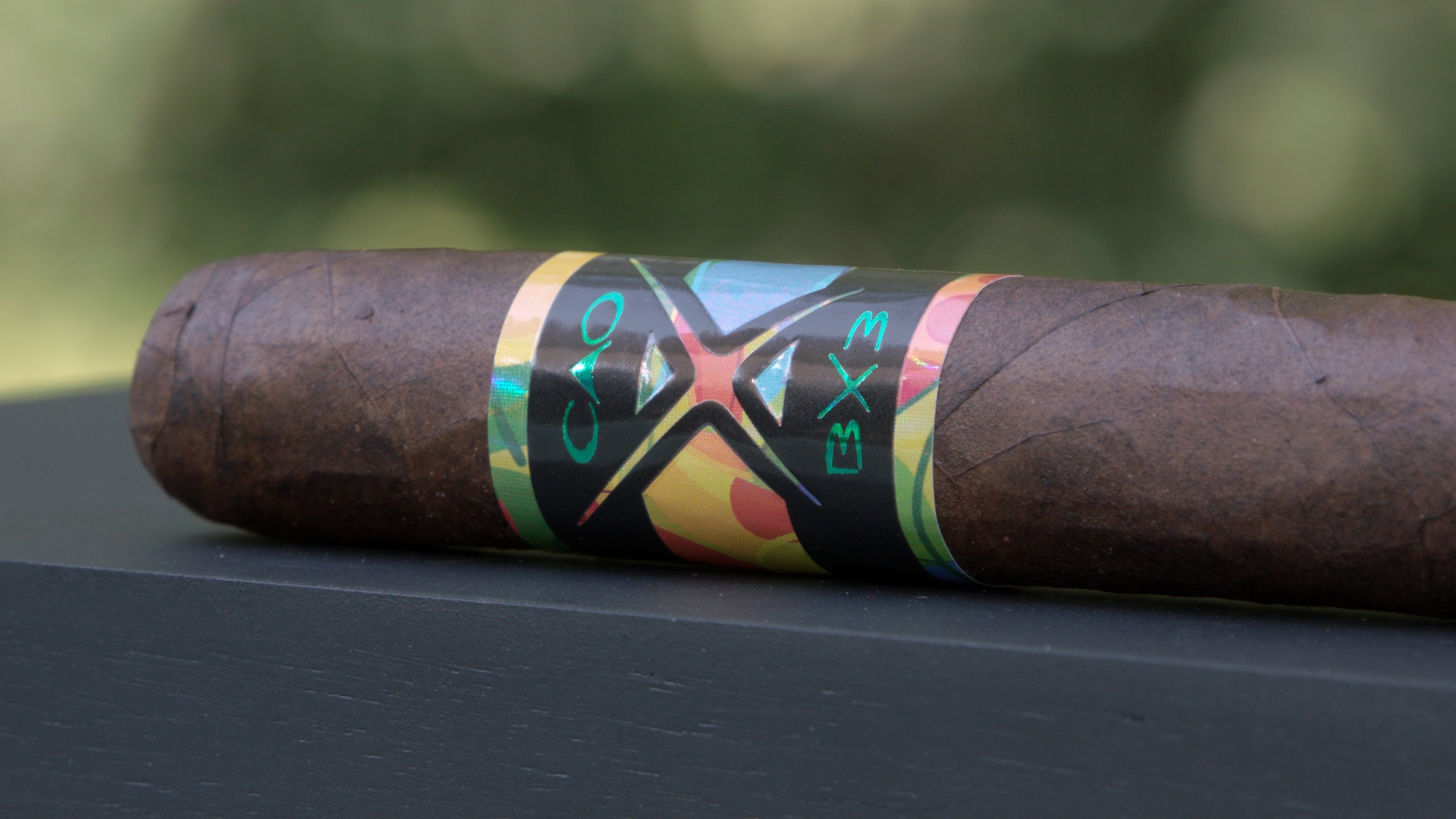 Toward the end, BX3 marries its flavors well, keeping incredibly consistent throughout. I found the cigar to be quite complex in terms of the number of flavors it keeps on hand. When they’re all in unison, it’s almost like an overall brown sugar sweetness—again subtly—with a layer of pepper, spices, and an exotic smack of tanginess. Maybe Pullo will split a box with me. Whadday say, my guy?

Summary: First impression of the CAO BX3 is bold strokes of espresso, pepper and spice. For some, that’s just a nice way of saying bitter or harsh – but here, I really do mean dark and bold. That opening intensity moderates quickly into a profile that’s very heavy into espresso, with a touch of sweetness; but the BX3 still tamps that spice down on your tongue to make sure you’ve noticed it.

First half keeps that espresso-spice-pepper consistency going, adding cocoa sweetness along the way. At that point the BX3’s sweetness moves to a more dark chocolate kind of vibe, along with cashews. By the end, the spice makes one of its strongest statements yet. 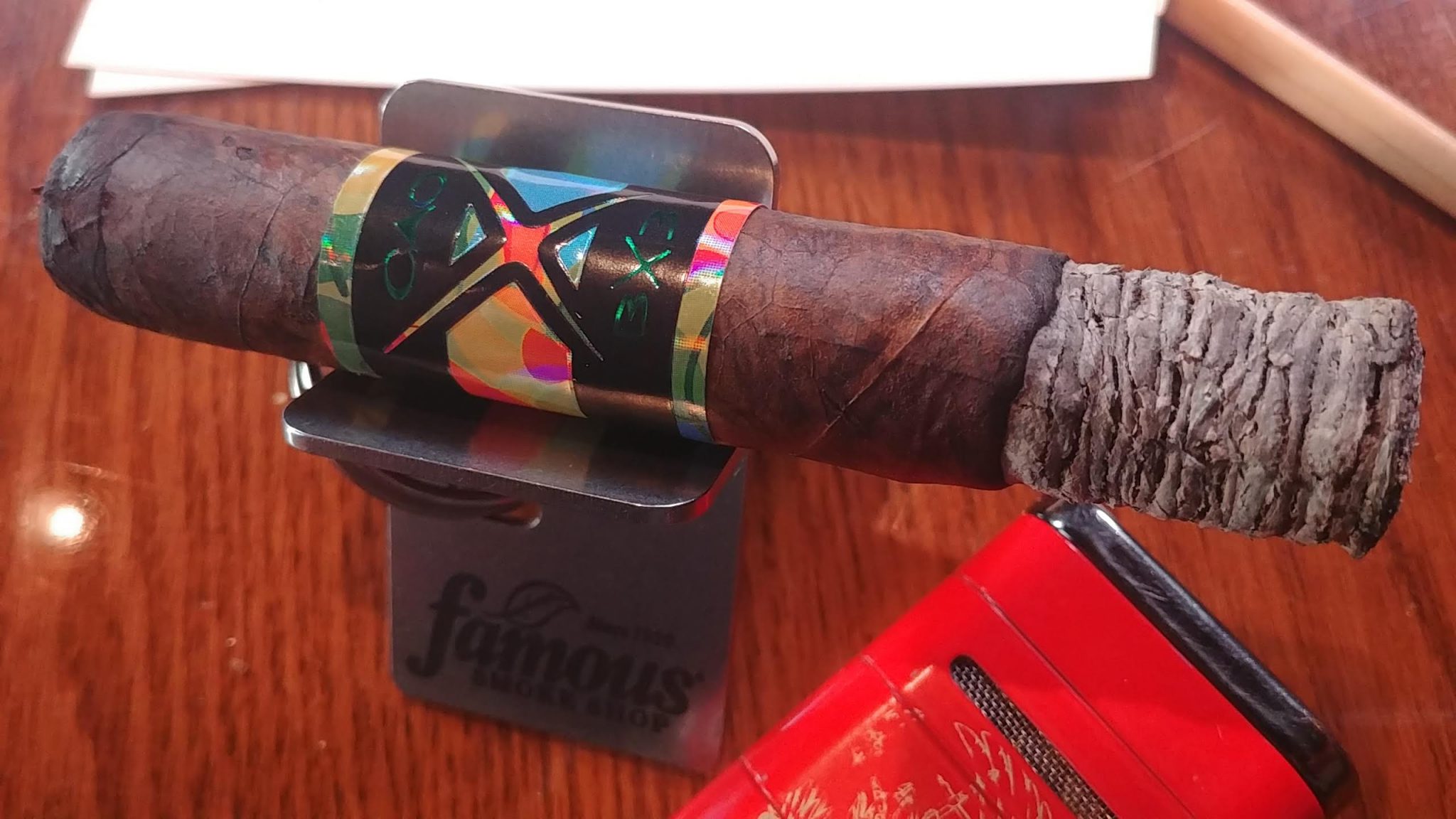 Because this CAO is built around Brazilian tobaccos, the first instinct is to compare the CAO BX3 to the CAO Brazilia – but the wrapper makes all the difference, and BX3’s sweet turn is the tell. That’s the Mata Fina wrapper qualities (Brazilia uses Arapiraca leaf) that we discussed in our 5 Things You Need to Know About…Brazilian Tobacco (shameless plug) guide: Mata Fina smokes medium, with an earthy aroma, and a taste tinged with natural sweetness. It checks all the proverbial boxes – and to me, is why CAO BX3 is a totally different cigar than Brazilia.

So I guess that’s the big thing: if you like the profile of cigars made with Brazil-grown tobacco, but sticks like Brazilia, Torano Signature, and others from AJ Fernandez and Herrera Esteli are too far up the intensity scale, then the CAO BX3 will hit your sweet spot. This Robusto favors consistency over complexity, and does a great job of balancing sweet against spice. They play fantastic off each other while at the same time showing there’s more to Brazilian tobacco than power (another difference from Brazilia). If these keep smoking this way, I will be more than happy to keep burning them.

Summary: A mix of pepper and spice out of the gate yields to an underlying sweetness for this ample Robusto. Medium in body, thick and chewy smoke emerges shortly thereafter. By the first inch, a mix of sweet tobacco leather, nutmeg and cinnamon arrive.

The midsection proves more interesting. Medium to full in body and strength, baking spices complement notes of leather and sweet tobacco. Although the sweetness increases slightly, it never quite escapes from under the leather and baking spices. The final inches reveal more spice while notes of leather, sweet tobacco, and a hint of burnt wood play a final tribute to this very solid smoke. 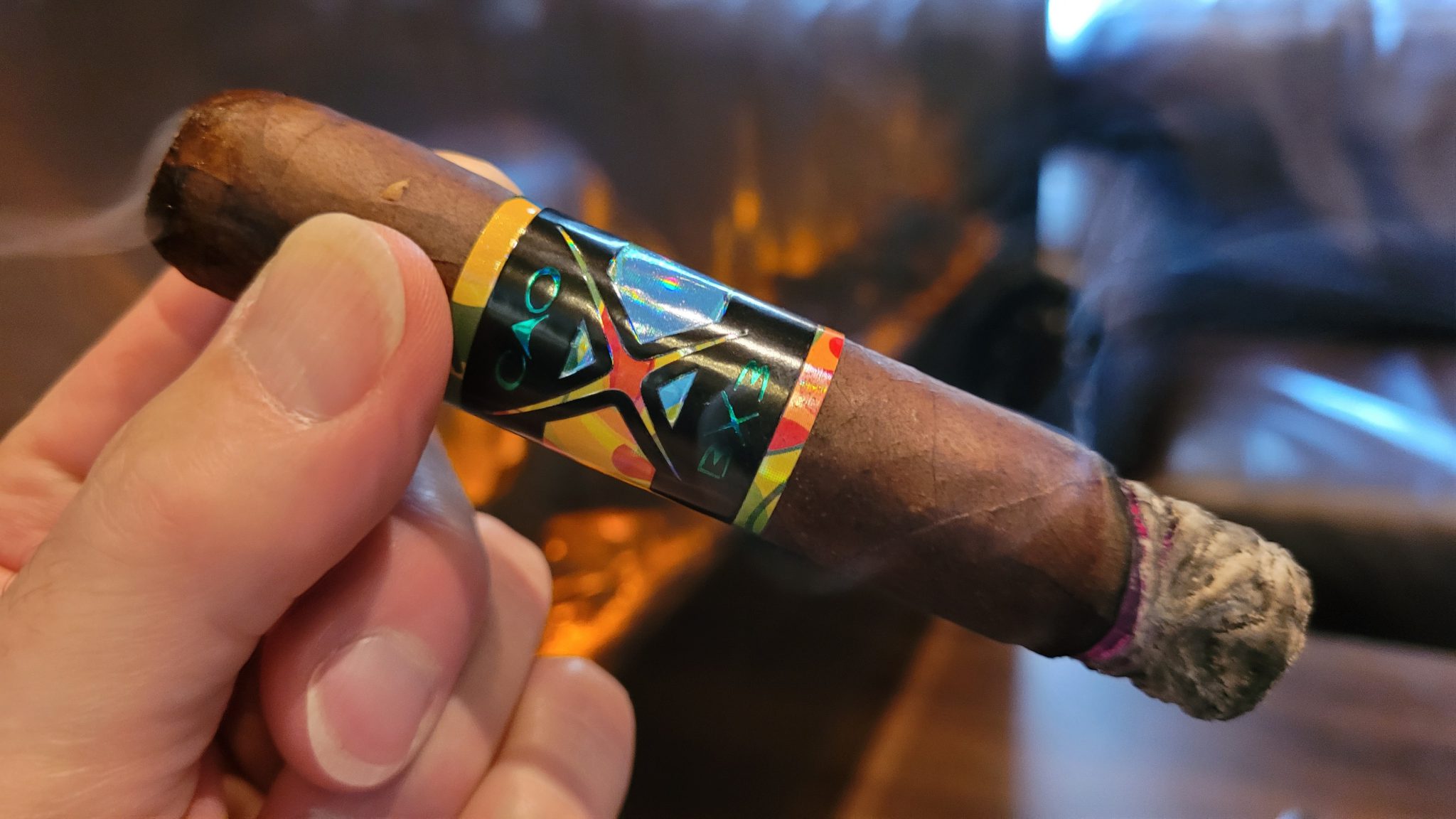 All in all, the CAO BX3 Robusto brings a lot to the table for those who love full-flavored cigars. Well-built, medium-full, and ruggedly elegant, this is a dynamic smoke that can play a number of roles depending on your mood. It’s also one of the best ways to discover the flavor and character of top-grade Brazilian tobaccos. That said, the CAO BX3 may take a little getting used to, even for some experienced smokers. Moreover, this Brazilian-forward shouldn’t be judged by one session. Suffice it to say, the BX3 will reveal its more desirable qualities with subsequent encounters over time.

Summary: Call it a hat trick of Brazilian flavor. Call it another richly flavored and affordable premium from CAO. Just don’t call it an Opus.

The BX3 took off with notes of nutmeg, brown sugar, and dark chocolate before these flavors were joined by a citrus sweetness with a touch of tang, leather, and some earthiness. So far, the BX3 is balanced and medium bodied.

The second half of the cigar had more of the same—but with some creaminess and hints of black pepper. Sweetness remained present and the strength ticked up slightly approaching medium-plus. 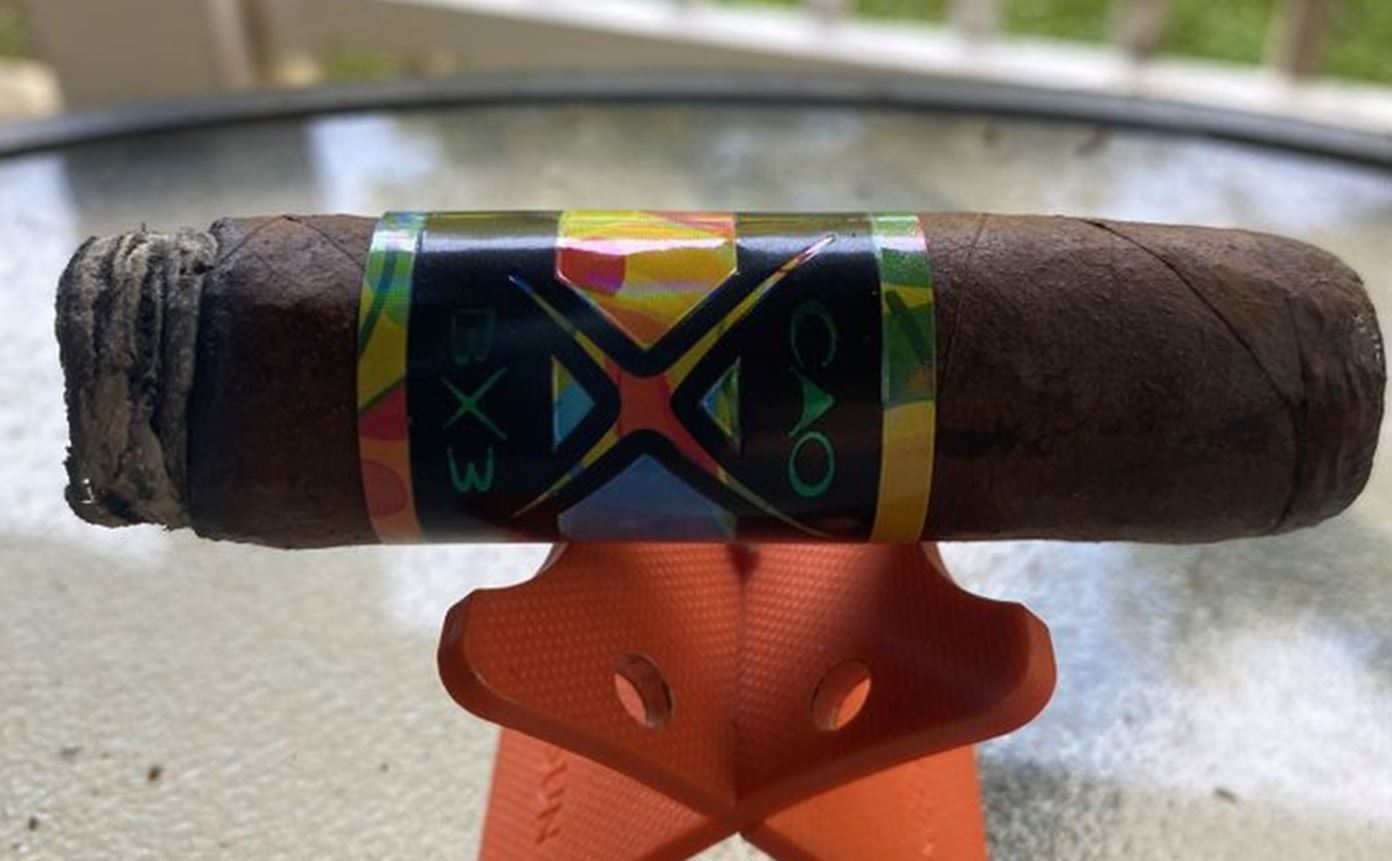 It’s easy to get distracted while enjoying a cigar. Sometimes I get lost in thoughts or conversation and don’t notice a cigar with a wonky burn, or worse, one that extinguishes prematurely. You won’t have that problem with the CAO BX3—it performs like a champ, needing no touchups or relights and demonstrates the ability to hold a large and firm ash.

Overall, BX3 is a must-try for CAO fans. Also, BX3 is one of those blends that’s a reliable, everyday option for those with champagne tastes on a Miller Lite budget—e.g., someone who knows a good deal when they see one.

I’m sitting here with a MX2 in my hand. I bought a box due to a sale and decided to give them a try. It seems like every other one is packed so tight that i’m contemplating throwing out the box. Very sorry that I took advantage of “a good deal!”

Did you purchase these at Famous? If so, please call our customer service at 1(800) 564-2486 for assistance. Apologies that the cigars did not meet your expectations!

Read More
Cigar Buying Guides
Rocky Patel fans, rejoice: we're back with four great new cigar picks from RP that range from fine and rare to classic reissues...and all of them are bound to be some of your humidor's greatest hits. Check out this week's guide to new cigars now!
Read More