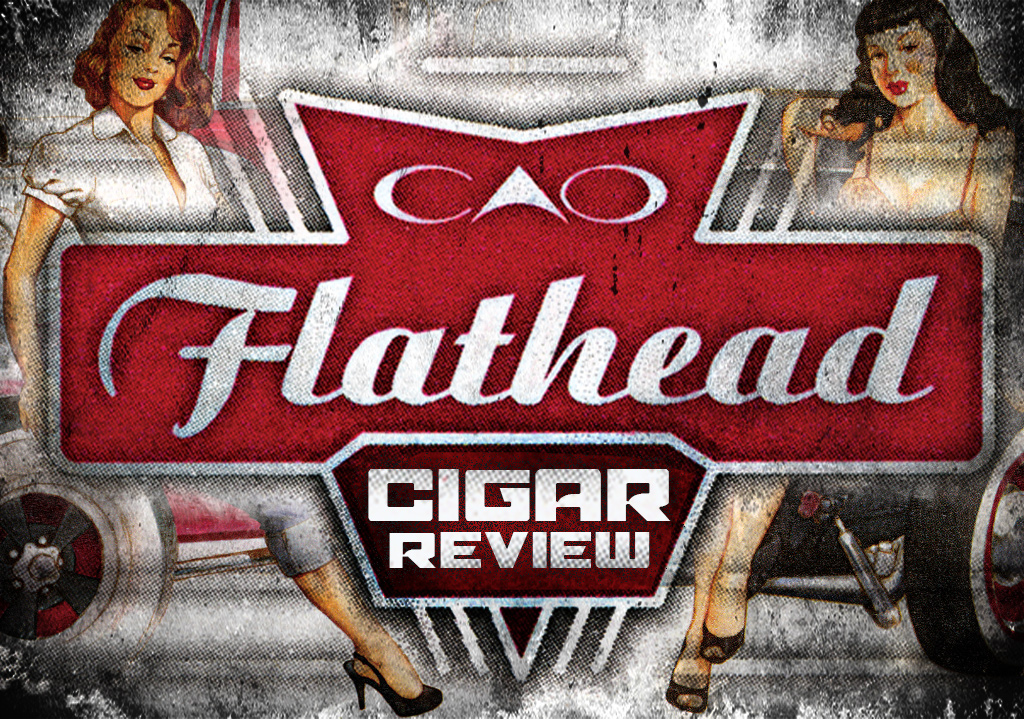 IPCPR was a blast this year with almost everyone in the business releasing their newest and greatest cigars, one of which is the brand new CAO Flathead. We got a first hand opportunity to try this cigar and let you know all about it before it hits shelves in the coming months and to be honest, it looks like this is going to be a hot cigar.
It was that good. But before we go in to the specifics and the actual CAO Flathead cigar review, let’s go over the composition and what makes this cigar so unique.

First off, the name Flathead was developed and inspired behind the almighty hot rod and the flathead engine that is so common in most of them. According to Ed McKenna, the brand manager at CAO, “Rick Rodriguez and I were talking about the great people we’ve met at CAO events across the country, and about the conversations we’ve had with them. It didn’t take us long to realize that the conversations were always about the same things: Cigars, Cars and Girls. Not necessarily in that order. So that’s what led us to come up with Flathead.” And just the name is not inspired by the hot rod, but the shape and even the box it comes in is completely inspired by the sheer power of the hot rod. 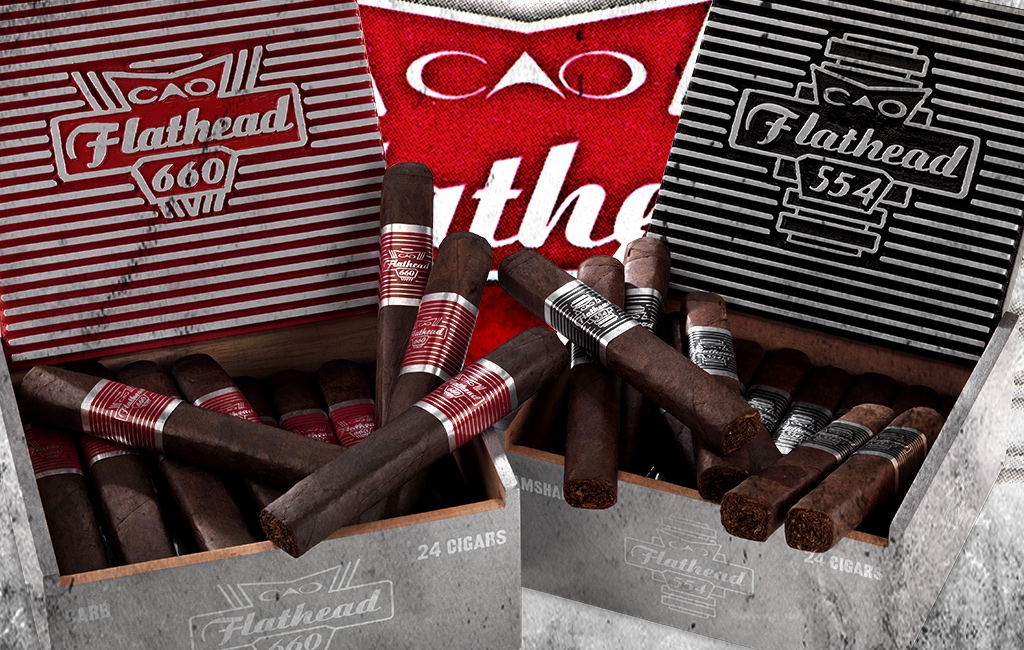 The box is made using an old CNC machine to custom make each box to look like a flathead engine. The design of the cigar is made in flathead fashion as well with the head of the cigar being completely flat, making each stick look like a candy bar. It’s always good when wordplay and delicious treats come together, am I right? Along with the awesome ingenuity behind the line, the CAO Flathead comes in a heavy Connecticut Broadleaf wrapper and blends well with heavy and flavorful Nicaraguan binders and fillers, making it a powerhouse with full flavor to boot. The CAO Flathead will be available in September and comes in 4 sizes; V642 Piston, V554 Camshaft, V660 Carb, and V770 Big Block. The numbers obviously will represent the size of the cigar, all box pressed of course, so yes there will be a 7×70 cigar to choose from.

I smoked the CAO Flathead V554 Camshaft. The appearance of the cigar was magical. When we think of a dark cigar, we think of a dark brown, bordering on black. This cigar on the other hand, is so dark, even if you shined a flashlight on it, you wouldn’t be able to see any detail of the wrapper which made me hesitant to try it for my own safety. Just like a hot rod, you don’t want to be on the business end of one, and that’s exactly what I was about to do for the sake of this review. You’re welcome. To be honest, I was actually put off by the Flathead just because the cap was completely flush to the cigar which means you better have your punch cutter ready. I did not so I had to stick with a double blade cutter which did the trick, but the cap ultimately fell off two puffs in which sucked. Nothing a little pectin can’t take care of though. I muscled through.

My fears of being run over by the dark maduro wrapper were put to rest on the first few draws. I was expecting a lot of spice and harshness, but I was greeted by a pleasant earthy sweetness which was the main thesis of the cigar. From there, it was nothing but enjoyment due to the flavor that was jammed into this cigar. It was earthy throughout with hints of cocoa and I want to say woody notes that remained consistent throughout, so if you’re looking for complexity with every puff, this is not your cigar. If you’re looking for flavor throughout, smoke up. I was however disappointed by the burn of the cigar though. I wasn’t really paying attention to the burn because I was busy typing away awesome articles for you all to read, and when I looked in my ash tray, it noticed it canoed pretty hard on me. But that is bound to happen with a box press cigar if you don’t rotate the cigar, which I never do so I’m chalking that up to my own stupidity.

Overall, a great cigar. It made me feel pretty lightheaded at the end of it and I was really happy that I was going to lunch right as I finished. If it wasn’t for that, my productivity would be right in the crapper making this an “after-dinner,” cigar. Definitely not a morning cigar to go with your coffee. At the end of the day, a great addition to the CAO line and it will be sure to fly off the shelves at the hands of the serious cigar smoker.

First time I had one, and its great. Full bodied but not harsh and burns evenly. It will be my next box purchase. I highly recomend it.

Flathead 660 is my goto cigar

[…] again, CAO proves its Maduro prowess with the ultra-popular Flathead series. And they certainly went for the potent stuff. Broadleaf wrappers, Ecuadorian-grown Connecticut […]

[…] that it’s stupid. Fans of full-bodied, full-flavored cigars with balance and complexity are going to love this one long-time. Rick Rodriguez and the blenders at CAO have stepped it up with the introduction of the […]

Substance and Style: Why Miami?