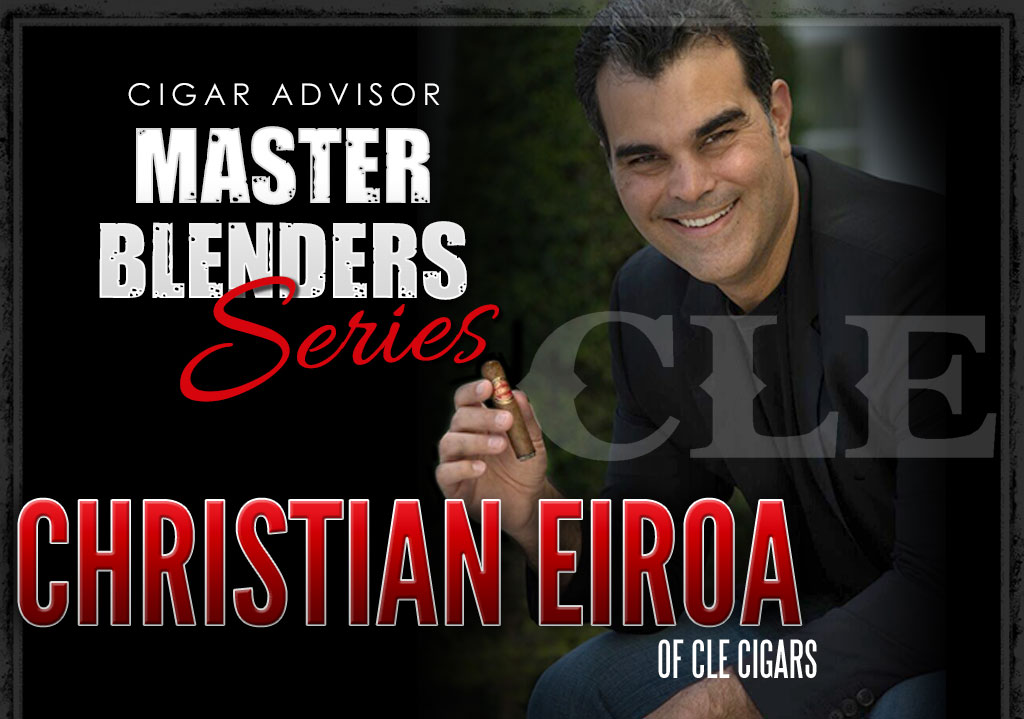 Almost a year to the day since his last visit, Christian Eiroa, founder of CLE Cigars and of former Camacho Cigars fame, returns to the Master Blenders podcast to chat about his new cigar releases, like the new CLE The First 20 Years Colorado, FDA headaches, why retrohaling your cigars matters, and more. Tune-in and catch-up with one of the true princes of the handmade cigar industry. ~ G.K.

An Interview with Christian Eiroa, President of CLE Cigars

Christian Luis Eiroa, the “CLE” of CLE Cigars, was born in Danlí, Honduras to one of the country’s most renowned tobacco growing families. He grew up on the family’s Jamastran farm and like his father, Julio, before him, began learning the trade at the tender age of eight.

After spending several years in Miami learning the sales and marketing side of the business from the late, beloved Sal Fontana of La Fontana cigars fame from 1997 to 1999, in 2000, Christian launched the now classic Camacho Corojo cigars brand that quickly became a worldwide phenomenon for a new breed of cigar smokers who wanted bolder, more complex cigars.

After Camacho was purchased in 2008, Christian remained with the company during its transition. Then in 2012, he and partner Tom Lazuka of Asylum Cigars founded the C.L.E. Cigar Company with offices in Danlí, Estelí, Nicaragua and Miami. Their goal was to create a boutique cigar brand that would continually push the blending envelope, always asking one question: “Why not?”

Christian has an intense love for tobacco and is passionately loyal to his Honduran roots, always concentrating on growing the best possible tobaccos and aging them to perfection. His Corojo leaf is considered among many to be the world’s best, and the unique flavors found in C.L.E. cigars are a fine example of his painstaking efforts to create cigars with rich flavor, complexity and the finest handcraftsmanship.

It would be great if he produced the Diploma line being discontinued by Davidoff.

Thank you, Jack. The Diploma was my absolute favorite for many years!

Gary Korb , thank you for a great interview. It is always very nice speaking with you.

Reading Time: 7 minutes Gary reviews 10 Top Shelf Maduro cigars: If you love the natural sweetness and savory aroma of Maduro wrapper, these dark discoveries are sure to please cigar smokers at every level of experience.