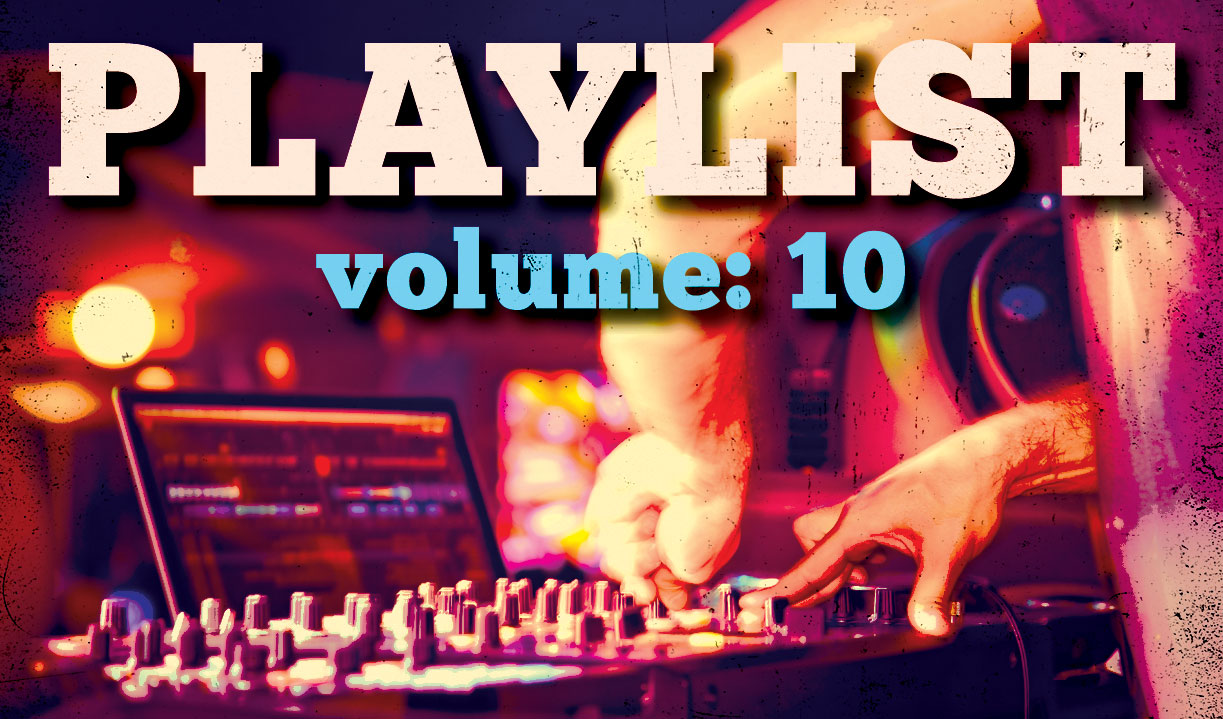 If you had to choose between a life without cigars – or a life without music, odds are, it would be a monumentally difficult choice. Even those of you who fired off a quick answer likely wouldn’t realize the impact of the decision until later on…when it was too late.

The good news is that hypotheticals aren’t real and you don’t have to make such decisions, but there still is the choice of which cigars and which songs are a complementary pairing. Over the past nine volumes of Cigar Advisor Playlist, we’ve dusted off our record collections in search of audio bliss to sync up with our favorite cigars. And it’s because music does something a drink or food pairing can’t. It instantly transports you to a memorable time and place, giving you the opportunity to experience it again with an amazing smoke.

This month, in addition to our picks, Crowned Heads’ Brand Ambassador, Wes Thornton dropped us a line with his decidedly Nashville selections.

Don’t forget to Download our official Spotify Playlist for FREE and let us know which songs and cigars you’ve been pairing with cigars in the comments below!

The cigar is a true collaboration between Crowned Heads and Drew Estate.  To me, it’s a cigar that offers a full flavor, but is on the medium-plus side of strength, which is what I always look for in a cigar. I want a lot of flavor, but don’t want my socks knocked off with strength.

This song always puts me in a good mood, because it paints a picture of a simpler life, and reminds me of the many years I spent growing up on a hundred-acre farm in North Georgia.  Life always seems to be in full throttle, and this tune gives me a 3-minute break from that.

A paragon of handcrafted perfection, the Montecristo Epic Craft Cured Belicoso is a puro among puros.  Made in Estelí, Nicaragua by the Plasencia family, the cigar is built with an oily, 2006 Rosado Oscuro wrapper, a peppery Ometepe binder, and a vintage blend of Estelí, Condega and Jalapa fillers.  Contributing to the tobaccos’ uber rich flavor profile is the unique curing process whereby each element of the blend is fermented in smaller pilones. The smoke is exquisite offering a rich, creamy and markedly spicy smoke. With base notes of earth, cedar and pepper, this figurado steadily weaves its way toward a much bolder expression of peppery spice, complemented by impromptu flashes of cashew, dark chocolate, and roasted coffee. 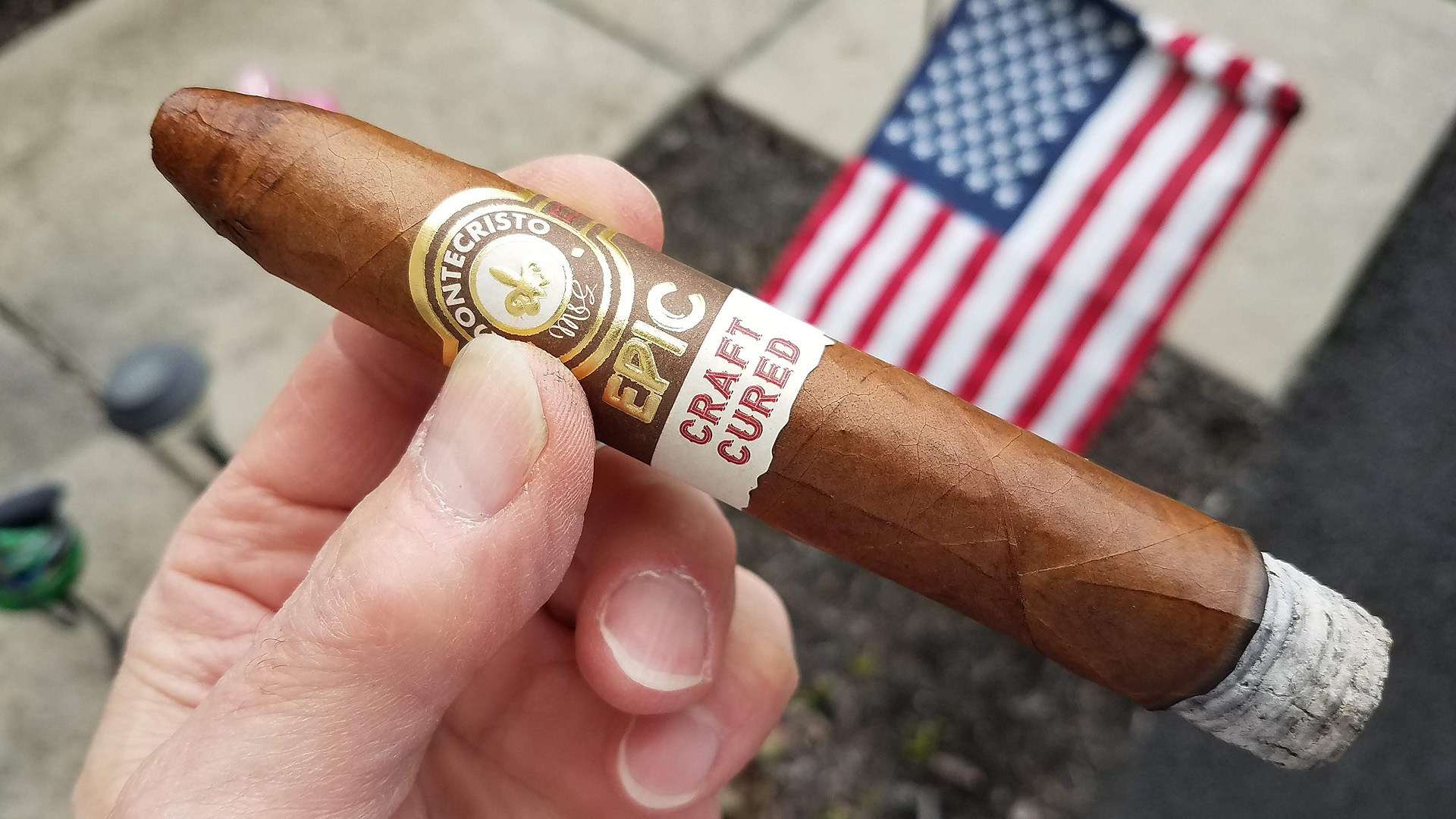 Considering the shelter in place orders we’ve been observing these many weeks, I thought this song might be too obvious a pick. Yet, after reading the lyrics, I realized how much they reflect what’s going on out there. But there is one other little catch to why this song, this cigar. . .

You have two masters of their craft at work here—David Byrne and Nestor Plasencia. Writing in The Atlantic, Brian Gresko’s article about Fear of Music introduces another master, producer Brian Eno:

“Eno produced the band’s previous album, 1978’s More Songs About Buildings and Food, and worked even more closely with them on Fear of Music. The Trojan Horse, [Jonathan] Lethem calls him, because though purportedly a producer perched behind the audio controls, Eno in fact acted as something of a muse or musical guru, introducing the band to a new approach to constructing songs and thinking about songcraft in general.”

Perhaps the same could be said for Tabacalera USA’s choice of Nestor Plasencia as “producer” of the Montecristo Epic Craft Cured selection. His choice of such excellent tobaccos aside, did Nestor’s use of smaller pilons portray “a new approach” to constructing cigars? Perhaps. And much like record producers, master blenders love experimentation.

More to the point, the Montecristo Epic Craft Cured Belicoso and “Life During Wartime” provide an infectiously pleasurable pulse uttered with intervals of barbed exuberance.

“Too Much Information” – The Police

The Police are a throwback for me, courtesy of some friends in college. We were all into different music: I, for one, was having a metal phase; my roommate Jim was very into Smashing Pumpkins (meh, pass) and Cranberries. Some of my other friends were into the more classic stuff, like the Police – and they rubbed off on me.

The Undercrown is a throwback, too. College is when I got serious about cigars and started developing my tastes – Maduro among them. It may seem pretty ordinary by today’s standards, but we didn’t have anything like this Drew stick back then: a firm, heavy smoke, a wrapper that teems with oils. Rich flavors of wood, earth and leather, with a couple big dashes of pepper. Plus, the Undercrown Maduro adheres to what I call “the Liga Way,” filling your immediate surroundings with thick n’ aromatic smoke.

I know they always get lumped into the genre, but to call the Police “punk” is like calling steak dinner “good.” No shit. But that really undersells their ability and value, as these are smart musicians who do some really wild-ass stuff. The complexity of Stewart Copeland’s drumming, the jazzy weirdness of Andy Summers’ chords, Sting being…his genuinely freaky self, in addition to being a beast on bass.

Granted, this is not Ghost in the Machine’s most “relaxing” song…Sting’s vocals burn with soccer hooligan energy, and the horns are lifted from an obnoxious Brazilian Carnival parade float – together, they pretty much sum up the volume and intensity of daily life coming at me right now. Which is why I’ve uncoupled myself from the fire hydrant of news that’s been blasting at me on a daily basis. Limited doses are just enough to keep me informed and sane, while a cigar is in my hand. Good thing that the weather here in Northeast PA has finally turned the corner into cigar season – I can spend more sweet smoking time outside at home, as has been asked of me. Isn’t THAT what relaxing is about these days?

Full disclosure, I’m not really an Alec Bradley guy. There are, however, a couple of outliers in Alan Rubin’s bag of tricks that have made their way into my regular rotation. None like Black Market, though. There’s something about it that’s raw, pure, and unsullied. Reviewers often talk about refined flavors and why they’re a good thing. They aren’t wrong, but Black Market is a classic example of unrefined can be even better. Refined flavors are a little difficult to describe, but I see it kind of like taking sandpaper to freshly cut wood. You’ll dull the corners and trade jagged edges for a smooth, even surface.

What I love about Black Market is the excitement. The flavors are deliberate and concise. Every one of them, from the semi-sweet earthy finish, the wood, spice, peppers, and even notes of dried fruit…each have their turn in the spotlight. It’s like a rollercoaster, and no matter how many of them you smoke, you’re never bored. 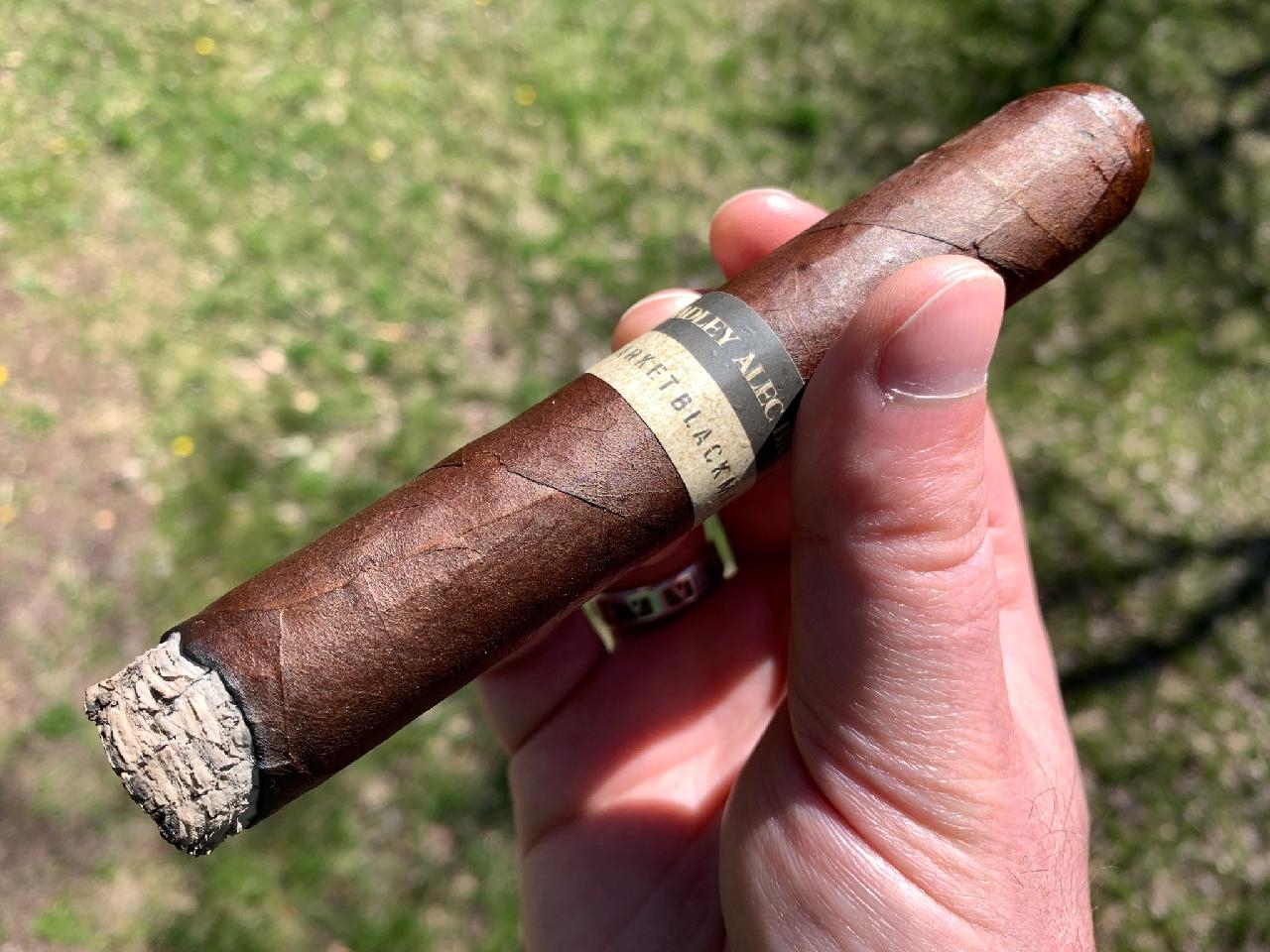 It’s about here where Jason Isbell makes the parallel, because modern country’s not exactly my cup of tea, either. But just like Alan did with Black Market, “Goddamn Lonely Love” gave me plenty of reasons to fall in love. Sometime back in 2008, my buddy sent me an e-mail with a different live version, and I was floored. There was none of that typical assembly-lined melody and lyrics you hear from most of today’s take on country. Jason wasn’t talking tractors or patriotism…it felt like I was listening to something much older, yet new.

What Black Market had done for Alec Bradley – making me reexamine and search for more of their cigars I’d enjoy – “Goddamn Lonely Love” did for modern country. Both had me on the hook and there was no getting off. There are both songs and cigars that define moments in our lives and leave permanent marks in their wake. “Goddamn Lonely Love” and Black Market are prime examples.

Reading Time: 8 minutes Great partners bring out the best in each other – so when two great names in the cigar biz get together to create a special smoke, it’s a big, delicious deal. We’ve highlighted the top collaboration cigars inside; make sure your humidor is ready and waiting.