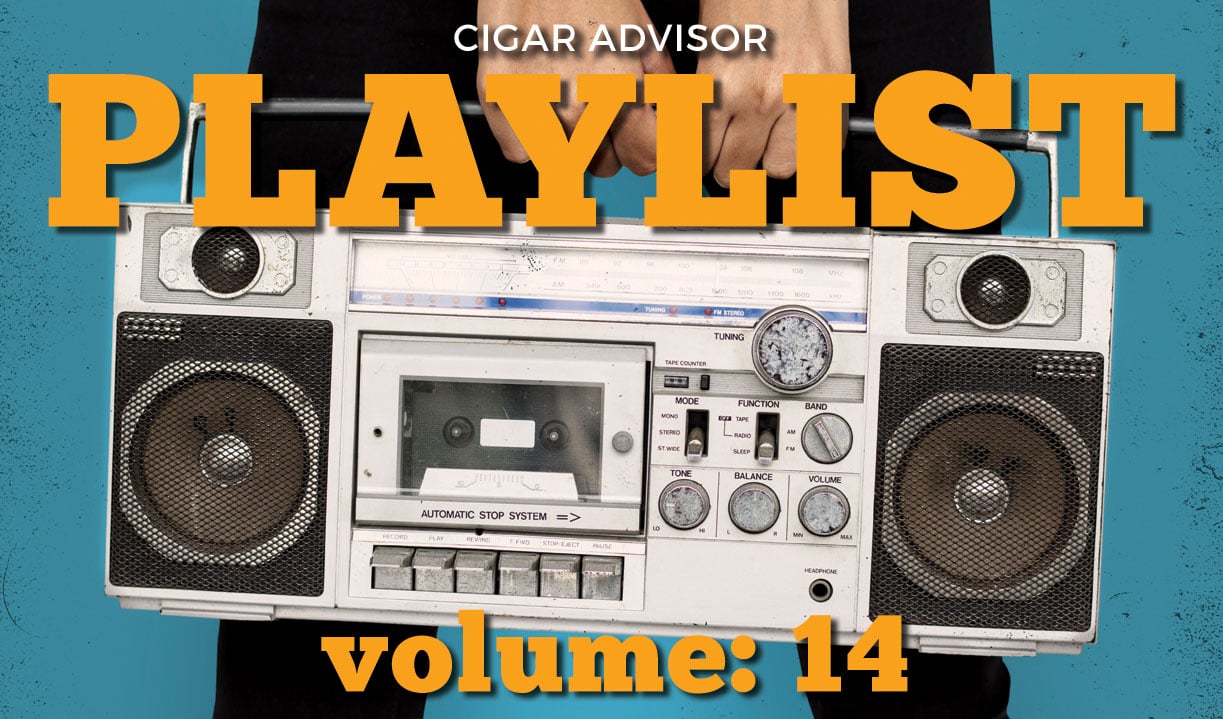 I got my first cassette in 1986: Dire Straits – Brothers in Arms. I was just three years old. My parents told me that I asked for it. I don’t remember that part. But I do remember hearing it for the first time – like it happened a moment ago – some 34 years later. Songs can transport us to places and times like few other memories can. They’re the anthems of our childhood. They tell the stories of our history. And I’d be willing to bet that a few of them bring you tears, joy, or laughter instantly.

Cigars are closely tied to memory, too. I also remember that first – a CAO MX2. I remember thinking that it wasn’t as strong as everyone told me it would be. I knew immediately that I loved it. That I was embarking on a new journey.

The reason for these stories is that we have some of our best cigar memories when music is involved. And it’s not just us. Science tells us that senses are tied to memories, and the more that are engaged positively, the happier your memory will likely be. And with so many great cigars and toneful tunes out there, we’ve found a lot of joy putting them together. That’s what Cigar Advisor Playlist is all about.

If this is the first time you’ve caught it, you can download our official Spotify playlist here. It’s free, and each month it grows with new songs. Here are our picks for this month. Let us know what you’d have chosen in the comments below.

In 2007 Drew Estate released their first Liga Privada No. 9 cigar and a cult classic was born. It’s the cigar that broke the mold for Drew Estate, recognizing them as a maker of fine, traditionally blended cigars. It made Steve Saka a star, and as Jonathan Drew said, “After OpusX in the cigar world is Liga Privada.” And most avid cigar smokers would agree.

The Liga Privada No. 9 Robusto is flawless, boasting a dark, oily, Connecticut Broadleaf wrapper specially fermented by hand for over 18 months. Below that is a blend of long-aged Brazilian, Honduran, and Nicaraguan tobaccos. And every No. 9 is aged a full year before shipping.

Thick, velvety smoke oozes relentlessly from this cigar. The flavors are well-balanced, too. Layer-after-layer of leather, cedar, coffee, cocoa, and a rich fusion of spices are peeled back along the journey with lots of little hidden trails along the way.

I figured that if I was going to feature a truly classic cigar like the Liga No. 9, it would have to be supported by an equally classic song. I needed a song that was as groundbreaking in its day as Liga Privada was when it was released, not to mention complex—and boy, is “Roundabout” ever. UltimateClassicRock.com sums up the song quite succinctly: “From the dramatic fade in, classical style guitar riff, thundering bass on through that earth shaking climax, Yes’ ‘Roundabout’ is a masterpiece and one of the prime slabs of progressive rock ever recorded.”

What’s even more impressive is no matter how many times I listen to “Roundabout,” I never get tired of hearing it. That’s kind of how it is with the Liga Privada No. 9. I just know it’s gonna be a great smoke. Both the cigar and the song go through some dynamic changeups along the way, too. But where “Roundabout” comes full circle by ending the same way it begins, the Liga No. 9 crescendos and sticks it down to the nub.

“The Ghost of Tom Joad” – Rage Against The Machine

Hot Cake is a spiritual successor to HVC’s Pan Caliente (which means hot cake in Spanish). While the names are similar, the blend’s been completely revamped. Hot Cake’s filler and binder tobaccos are Corojo 2006 grown on Aganorsa’s famed Nicaraguan farms. Above them, a marbled Mexican San Andres. I found the flavor to be larger than life: big hits of spices, a fresh, earthy sweetness, and a few drops of dark chocolate on the finish. Bonus: the extra fermentation of each leaf takes the edge off, meaning this cigar won’t be giving you the sweats.

My experience with Hot Cake is that it’s medium-bodied, yet full-flavored. The smoke also isn’t as dense as you’d expect. But those flavors I talked about certainly cut through it. That’s why it’s such a good pairing with Rage’s cover of “The Ghost of Tom Joad.” The gradual swells of the song create tension that’s released in each chorus, only to find itself wound back up again. That’s very similar to how each puff feels. You expect to be overwhelmed, but it gives you a thrill without pulling you over the edge. Unlike so many boutiques out there, I didn’t feel like Hot Cake was actively trying to kill me. No pepper overdoses. No palpitations. But also, not so smooth that it becomes boring. Just a perfect balance.

If you’re all about complex cigars that offer a change at every turn, you’re going to fall hard for this stick. There’s just so much going on for the price that it’s almost impossible not to. My advice is simple. Turn it up. Smoke it slow. Zone out. HVC Hot Cake will take care of the rest.

More than anything, this is an example of a bunch of really smart and talented guys putting a lot of really good stuff in the mix.

That’s both the song and the smoke.

In Romeo’s case, the smarts come from Altadis’ Grupo de Maestro blending team with an assist from Rafael Nodal. They’ve taken a wide mix of tobaccos – some of them vintage (the “really good stuff”) – and made a smoke that burns with a sweet n’ full bodied groove laced with berry jam, pepper, leather and wood.

I’ve previously extolled the Toro’s virtues, even crowning it my go-to – but the flavors off this slightly skinnier Churchill provide a little more of a needed edgy quality.

And with it, I chose to enjoy the genius of Traffic. John Barleycorn is my favorite of their albums, and it’s impossible to not listen to the whole thing from beginning to end. But since the Playlist rules say I only get one song, I picked “Empty Pages.”

Don’t overthink it and imagine there’s any perceived literary connection: while “Romeo” is a Shakespearean masterpiece of poetic technique, Steve Winwood’s lyrics kind of just suck. I mean, yeah, the song is about having writer’s block, but Jesus.

The tune itself, though, is one of Winwood’s best. Featuring a mix of really good stuff – jazz, blues and folk influences run wide and deep – the 1970 reunion of the really smart and talented guys in Traffic gave us a gem of a song.

Reading Time: 4 minutes Kids want candy, but we want cigars. This edition of Top New Cigars fills your bag with some of the tastiest new treats from H. Upmann, Aging Room, Tatiana, and more. Click to view the list now!