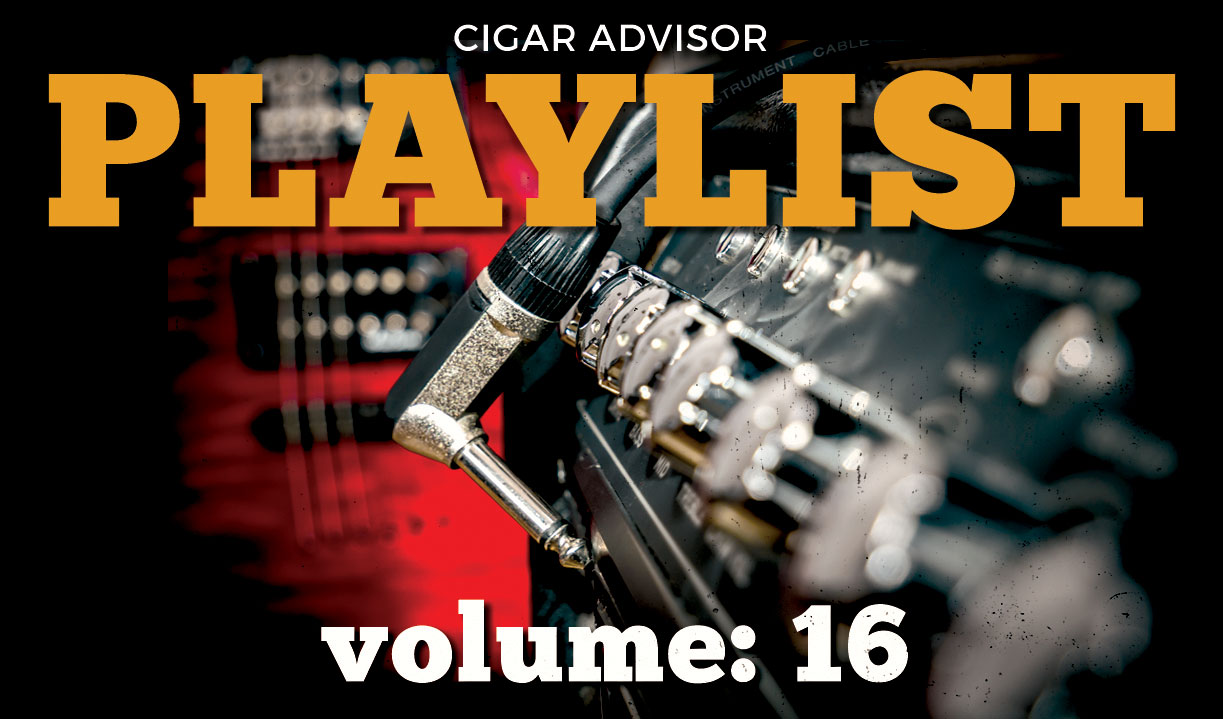 Time to dust off the space heater and head out to the garage for more cigar and song pairings. This 16th volume of Cigar Advisor Playlist pushes past the 60-song mark and it’s filled with every genre, and just about every kind of cigar profile, whether you prefer mellow, medium, full, or infused.

If this is the first time you’re joining us, we come up with these pairs for a simple reason: our nerdery in premium tobacco runs as deep for music. But our passion isn’t the only reason. Scientifically speaking, the more of your senses that are stimulated, the more likely to have a positive memory afterward. It’s like hacking your brain to make a cigar even better.

You can find all our music picks on our official Spotify playlist. It’s FREE and has hours of music that’ll set the tone for whatever you’re puffing. And now for our reviews. Let us know what you’re pairing in the comments below!

“You Will Leave a Mark” – A Silent Film

Charter Oak is one of my most recommended brands because it’s got just about everything going for it. Price, flavor, and both their Connecticut and Maduro options are right in the cozy ‘everybody’ zone with a medium body. Now they’ve gone and done it again with an Ecuador Habano, which along with a core of Nicaraguan tobaccos, AJ Fernandez has tucked in some of his signature spice.

Neither of Nick Melillo’s previous Charter Oak blends had any to write about. I gave Connecticut and Maduro descriptors like “smooth,” “creamy,” and “sweet.” Don’t get me wrong, I love them for what they are…but this Habano blend might be my new favorite. It just brings some peppery balance to my taste buds.

Pairing it with “You Will Leave a Mark” made sense to me because the song sets a breakneck pace (171 beats per minute) but manages to remain ambient and melodic at its core. When the band abruptly kicks in after a few seconds of piano, it’s like the Habano’s first hits of pepper – enough to wake you up – but not so much that you’ll turn the station. In fact, it’s my favorite moment of the song (and the cigar). And the rest of the record (look for the original UK from 2008) plays much the same. From there, Charter Oak Habano gives earth, a fresh whiff of cedar, and a coating of salted butter and spice with lighter peppers on the finish.

If you want a medium-bodied cigar that tastes like it’s worth twice as much as you’ve paid, you’re going to find what you’re looking for here, and I think it’s best suited for smokers who aren’t quite ready for a full-bodied introduction.

Maybe it’s just me, but when I think about the best music to listen to while smoking a good cigar, I naturally drift to Latin Jazz. In the case of my song this month, “Santiago,” performed by the legendary Preservation Hall Jazz Band, the band is not from South America but the American South. With a song title like that, I thought a Dominican cigar would be appropriate, and so I went with the La Flor Dominicana Air Bender Matatan.

When it comes to making some of the best full-bodied Dominicans, few do it as well as Litto Gomez. And so I chose the full-bodied, 92-rated Robusto from Litto Gomez’s Air Bender selection for its oily Ecuador Habano wrapper that surrounds a hearty recipe of Piloto Cubano, Corojo, and Sumatra seed varietal fillers grown on Litto’s La Canela estate farm. Offering copious amounts of creamy smoke throughout, the Air Bender Matatan reveals a nutty, earthy, and peppery layer underscored by flourishes of coffee, tart fruit, and sweet tobacco. In the latter stages, the Matatan kicks-up the boldness, offering more body and strength without ruffling the feathers of its core flavors.

The Preservation Hall Jazz Band’s album So It Is, appears to have some significant Latin jazz influences laced throughout its seven tracks. “Santiago” starts with an attention-getting drum intro akin to an entire pack of firecrackers going off. The Matatan may not start out as dramatically, but it sure brings the heat with its red pepper zing. “Santiago” settles in to a pulsating, brassy exchange, replete with the obligatory solos, that keeps the energy level at a lively pitch. Suffice it to say, between the cigar and the tune there’s plenty of entertaining air bending going on.

“Where Have All the Good Times Gone!” – Van Halen

I’ve actually had this Tabernacle torpedo in my humidor for the better part of a year… I have no idea why I didn’t embrace it sooner, but for the fact that I seem to remember someone telling me how it was “so full bodied” and it knocked them out. (Which isn’t true, by the way.) There is a lot of broadleaf flavor, though: toast, wood, bittersweet chocolate. And this torpedo comes loaded with some zippy spice that really raises the eyebrows. That puts The Tabernacle at medium-plus in body and strength; pretty complex, too. 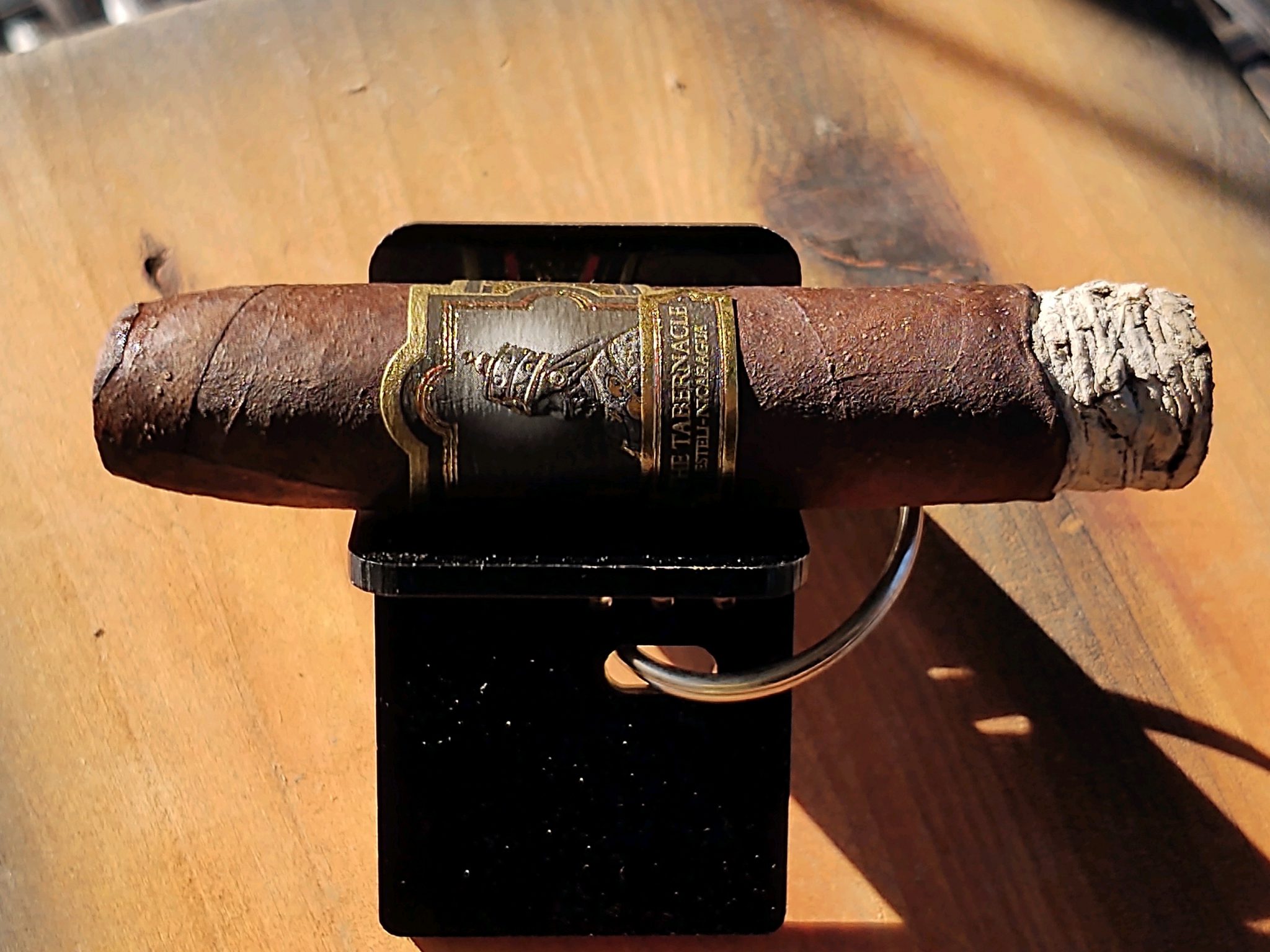 As for “Good Times Gone” – this is a cover of a Kinks song from 1965. But with the rich n’ heavy guitar from Eddie Van Halen (R.I.P), it actually feels more like a cover of David Bowie’s cover of this tune that he did for 1973’s Pinups…so I guess that makes Van Halen’s remake a re-remake.

Someone in the comments called it “the song of 2020.” Cheap laughs now aside, this song is really about growing up, how times change, and being a little nostalgic for your young and dumb days. Fire it up and you’ll have a lot to reminisce about, especially since this torpedo shorty burns a lot longer than you might have expected.

Reading Time: 4 minutes While we’re #nowsmoking a My Father, we’re also discussing the definition of flavor and body. See it all – plus the tasting notes – in our My Father La Promesa cigar review.