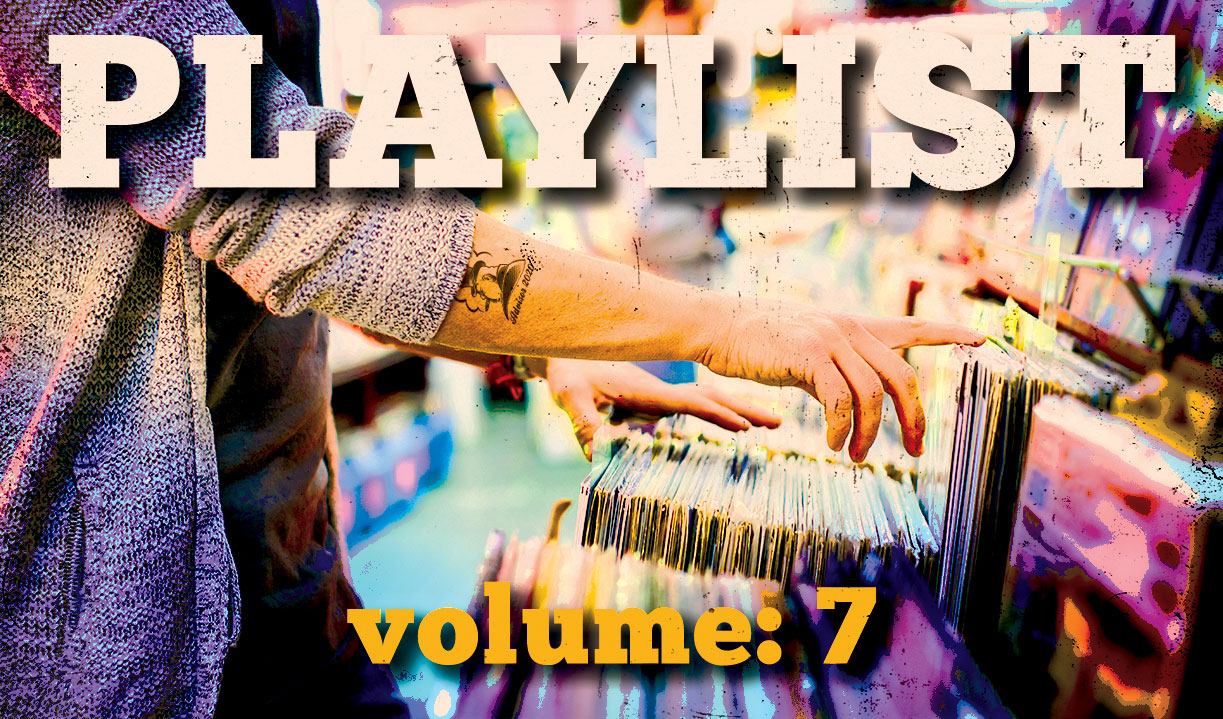 Cigars were meant to be paired. Whether it be with food, spirits, or music, the additional sensory stimulation will make your smoke more memorable and enjoyable. That’s why we’ve created the Cigar Advisor Playlist. Each month, we add more songs, more cigars, and put them side by side. Additionally, we also catch up with blenders of your favorite brands to get their take on a perfect combo.

This month, we begin with Reinier Lorenzo, the man behind HVC Cigars, one of the most up-and-coming boutique cigar manufacturers.

So…toast and light a cigar, turn up the volume, and enjoy the ultimate auditory smoking experience.

If you’ve missed our earlier editions, start from our first and catch up, or download all of the songs on our official Cigar Advisor Spotify Playlist (it’s FREE!)

Think you’ve got a perfect matchup? Let us know in the comments below!

*This song is not available on Spotify and is not included in our downloadable playlist.

I think it’s a story about how JAY Z came about…about how he succeeded. It’s like what we’re [HVC] doing here. We started from the bottom. We started from nothing. You get older and you work hard to make it. In the song, JAY Z says it’s all about the customers and the fans. That’s how it is for us, too.

“Eminence Front” – The Who

Rocky Patel American Market Selection is a throwback to the lighter-hued wrappers that were popular earlier in the 20th century. You know…before the cigar boom came along and turned everyone over to the dark side. The cigar finishes clean and brings everything you’d expect from a mellow cigar: creamy notes of cedar, wood, toast, nuts, and spices.

As I’m a medium plus fan, you’d think this selection would be well outside my wheelhouse. But it isn’t. Some days you want to go see an action flick with a gluttonous amount of over-buttered popcorn. On others, diving into a favorite book while you’re sprawled out on the couch will do. AMS is like the latter. It has a gentle, understated quality to it that makes it a great companion to “Eminence Front.” I think you’ll thoroughly enjoy it as a start to your day.

If your only exposure to The Who has been CSI: Insert City Here, there’s a lot of catching up to do. “Eminence Front” never got the credit it deserved, and that’s probably because the rest of It’s Hard was…awful (to put it gently). Still, I’ve always been drawn toward that cut. Maybe it’s the mesmerizing synth track that echoes in the background. Maybe it’s the involuntary head nodding that takes over when I listen. But I don’t really question it; I just go with it.

Like the song, Rocky’s AMS is easy to digest and doesn’t require much attention to enjoy. Yeah, you can wow me with complexity and full-flavored this and that. When a blend is just casually content, and you don’t have to think about it, sometimes that’s even better. The song, nor the cigar, is the first thing you’d think of from The Who or Rocky Patel respectively. But sometimes you gotta dig a little to find the treasure.

One of the oldest Cuban cigar brands, the return of this legendary cigar to the American market reemerged in 2016 by way of the Dominican Republic under the name, “Por Larrañaga 1834.” Handcrafted with a silky, blond Ecuador Connecticut Shade wrapper over vintage Dominican tobaccos, the selection features the original neo-classical artwork on the boxes and bands. The 6″ x 46 dimensions of the Gran Corona offer a perfectly-balanced cigar that smoothly transitions from mellow to medium in body. Relaxing? You bet. Like soaking-up the warm rays of the sun from the reclined posture of a cozy chaise lounge. The smoke promptly reveals notes of sweet tobacco, cedar, roasted almonds, and a pinch of spice in every creamy puff. A perfect cigar for new cigar smokers, and equally enjoyable for seasoned smokers looking for a milder, yet flavorful change of pace.

Inspired by the witnessing of anti-Vietnam war protesters being beaten back by police, “What’s Going On” is a song of its time. It’s also one of those songs I never get tired of listening to. Whenever it comes on the radio, I invariably turn-up the volume. For a song that speaks out against violence and prejudice, “What’s Going On” is ironically serene. Its lilting melody swells with harmonious vocals underscored by a tightly-knit horn and string section. “What’s Going On” seems to be saying, “Let’s all lower our weapons, calm down, and talk things out.” “What’s Going On” might even be appropriate considering the divisiveness that’s become prevalent in the U.S. during the past four years.

The Por Larrañaga 1834 Gran Corona’s mollifying smoke perfectly embodies the song’s soothing melody. Moreover, the cigar was immortalized in Rudyard Kipling’s poem, “The Betrothed,” writing: “There is peace in a Larrañaga. . .” Certainly, there is peace in the act of smoking a good cigar. Maybe the world would be a lot more amicable if our leaders smoked cigars. We can still dream, can’t we?

Album: The Rise and Fall of Ziggy Stardust and the Spiders from Mars
Release Year: 1972
Genre: Rock

A throwback to one of Pete Johnson’s early Tatuaje cigars, the original Nuevitas (named for a town in Cuba) went out of production in 2007. The line got a new lease in 2018, returning with three sizes – including this Esteli.

Pete has always had a Cuban vibe going on with Tatuaje. Nuevitas Esteli is no exception, right down to the band.

And the flavors? Think big: spice and sweet tobacco start you off, before adding coffee, charred wood and pepper – along with a mineral-rich earthiness. This is a serious smoke that’s full of meaty flavors, but still caps the strength and body at medium-plus – so while it’s not going to knock you over, it’s a whiskey-drinkin’ cigar for sure.

I needed something out of the ordinary to pair with the exotic and outgoing, flavor-forward nature of this old school Tat. David Bowie’s breakthrough album, The Rise and Fall of Ziggy Stardust and the Spiders from Mars, filled the niche nicely for me. Ziggy is a glam/sci-fi rock opera; “Moonage Daydream” was your introduction to the title character: the alien who comes to Earth, becomes a messiah/rock star, and saves the world before he dies.

How much the story makes sense, Bowie said, “depends in which state you listen to it in.”

That being said, the Nuevitas Esteli burns with some far-out flavor…especially that gritty earth, which echoes the edgy grind of the baritone sax throughout the song. Keep in mind that while this Tatuaje is more medium bodied, there’s no shortage of mood-altering complexity – which matches well with the subtle acoustic ups and downs throughout the song. I’m all in on this combo.

An Open Letter to the Cigar Industry: The Lie About Internet Cigar Sellers