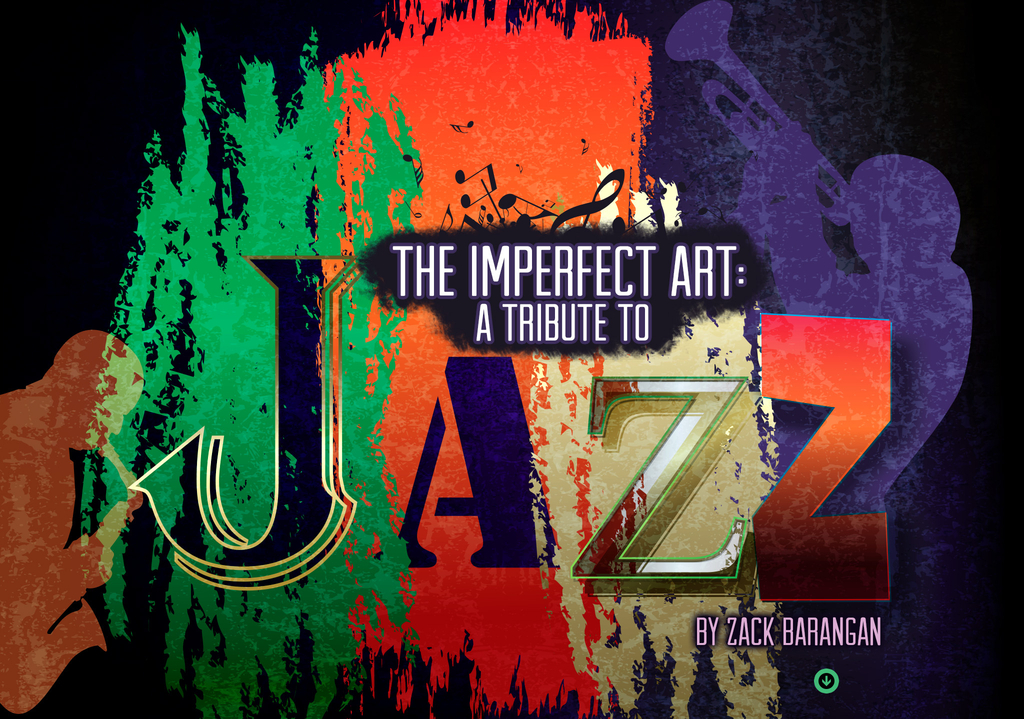 Cigar Artisans – The Imperfect Art: A Tribute To Jazz

Lost in today’s world of pop songs and endless remakes is, perhaps, one of the purest representations of music in the world: Jazz. The word is actually a blanket term that is used to broadly describe a variety of distinctive styles: Bebop, Big Band Swing, Avant-Garde, Acid, Punk and Smooth are just a few of the iterations of the jazz family.

While newcomers to the genre may be overwhelmed by the sheer volume of variety, it is important to realize that all jazz styles have common threads. Improvisation, syncopation (a variety of off-beat rhythms), and blue notes are the pillars of most jazz music you will hear. If it sounds a little confusing, that’s because jazz itself is a style of music that was never meant to be pinned down in one definition. And that is the essence and beauty of jazz. Perhaps one of the best quotes about the genre is by the great jazzman Louis Armstrong: “What we play is life.” 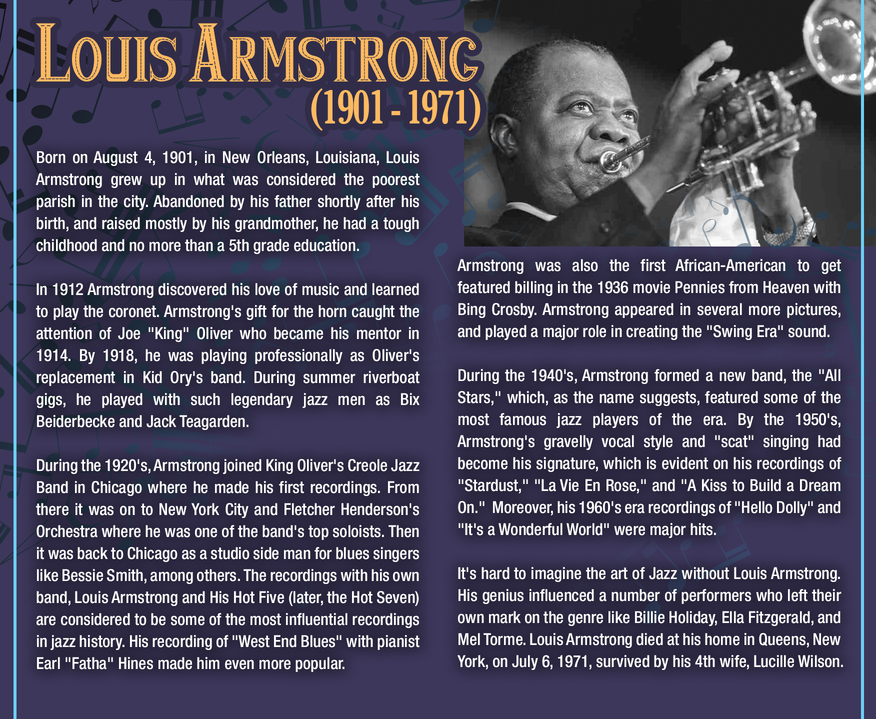 Though sometimes disputed, most purists believe that the origins of jazz are rooted in the black communities in the early 20th century Southern United States. The music was born out of an amalgamation of African, European and American musical traditions. 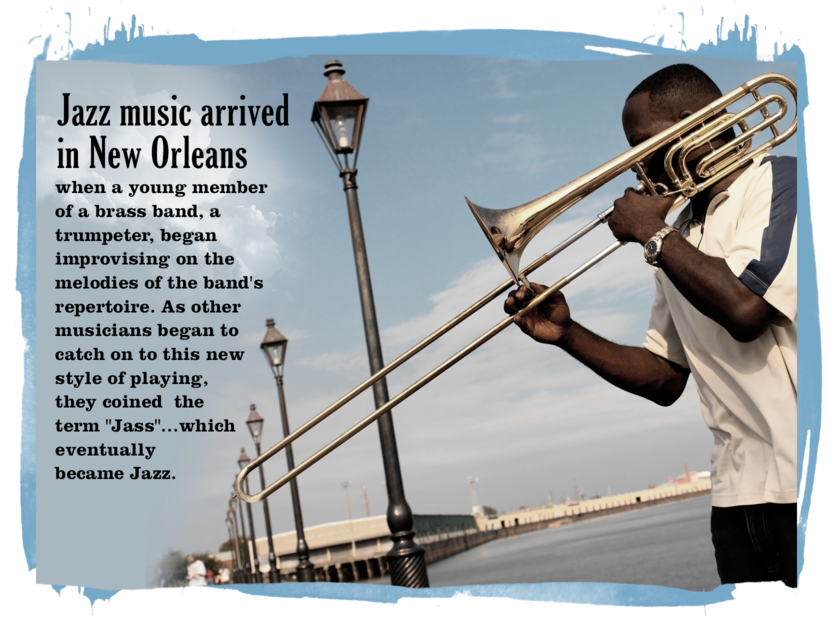 The coming of the Jazz Age really announced the genre to the general population. Jazz sprouted up in many places: churches, at community gatherings, and even salons as other influences like Afro-Cuban rhythmic motifs were brought in from Havana and New Orleans. Like the makeup of the United States, jazz is a true melting pot of influences. The decadence and new values of the Roaring ’20s were perfectly portrayed by two popular musicians of the era: Louis Armstrong and Fletcher Henderson. (Call out: quick bios) Jazz became a sort of “rebel music” that polarized the young generation from the old. Gone were the days of restrictive, conservative music; improvisation and dance tunes were now prevalent throughout the land. 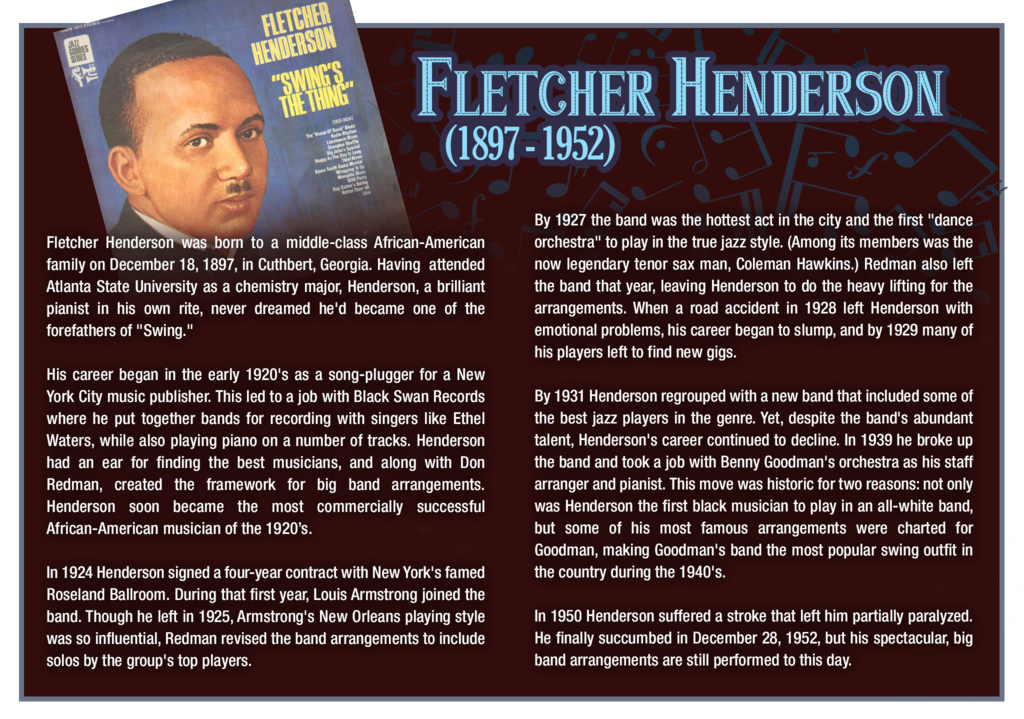 From there, the evolution of jazz was so sudden and quick that it became hard to pin down; dozens of off-shoots began to be heard across the country. The snowball effect was incredible – Jazz became representative of a million different dialects and experiences that were unique to the musicians playing the notes themselves.

In 1956, a young trumpeter named Miles Davis recorded a couple of tracks with noted producer Gil Evans and released the seminal album The Birth of the Cool. The title wasn’t just an important-sounding name; The Birth of the Cool is widely appreciated as one of the pioneer recordings of the cool jazz era. Davis and Evans would go on to be one of the most prolific pairings in the history of music. 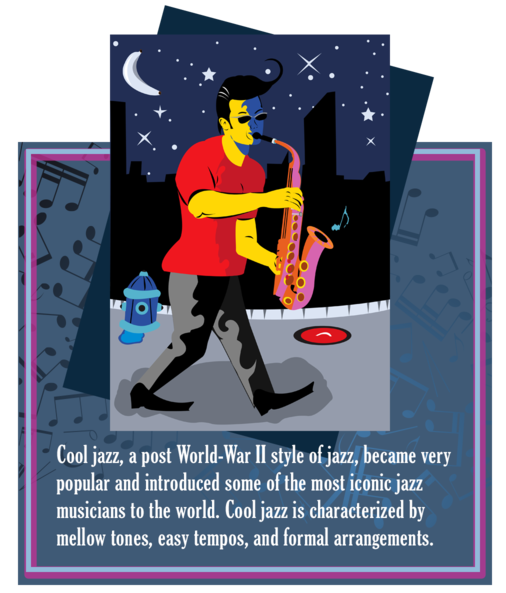 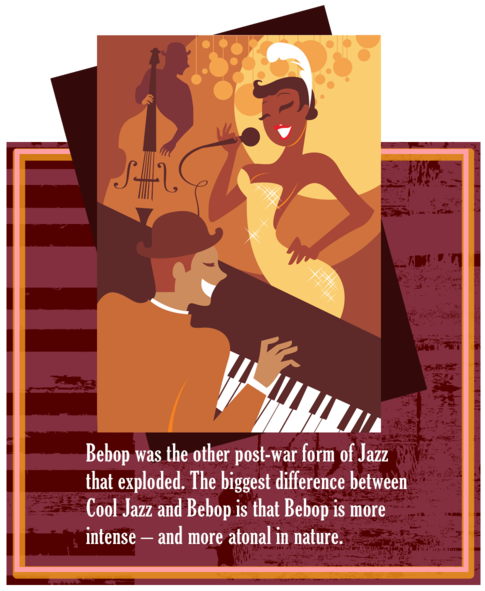 The birth of Cool Jazz, the break from up-tempo swing and decadence that had marked the genre prior, was a reflection of what were now more somber times. And that’s one of the true beauties of jazz. It evolves and adopts the themes of the day; it is a true reflection of the era. The Black Arts Movement of the 1960s and 70s was responsible for a larger focus on African-style compositions. The 80s were marked with a style that was more akin to the funk and hip-hop music genres that were gaining in popularity.

Other, more obscure styles like acid and punk jazz also came about. After almost a century of existence, jazz had already morphed into a beautiful myriad of styles that was already too deep to define. Today, the jazz world remains an avant-garde musical construction: the use of electronic instruments and similar influences are very evident in modern jazz recordings. 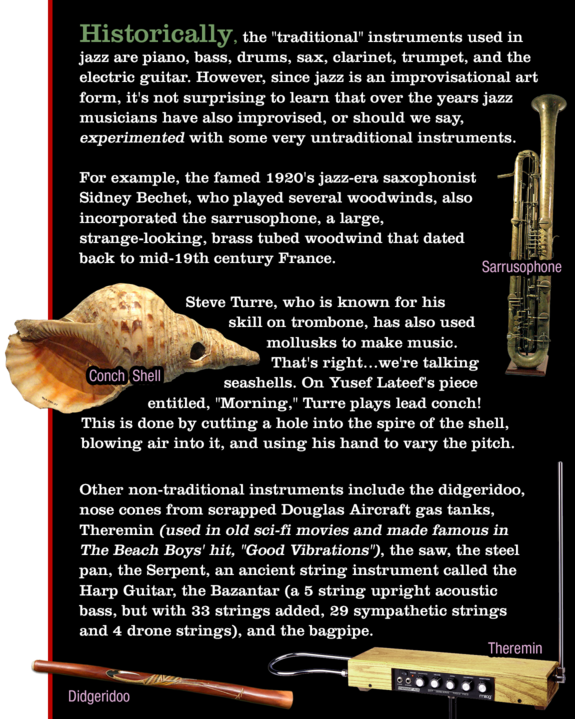 Many are of the opinion that jazz is still best seen live at a club. The experience of seeing a band that is so completely in sync with one another – while improvising most of the notes – is truly something to behold. Jazz clubs are found throughout the country with each one offering a completely unique flavor. Jazz is expressionist art at its finest; a truly unique genre that will evolve for years to come.

Reading Time: 2 minutes Gary speaks to Pedro Ventura and Elmer Suarez: members of the famed Grupo de Maestros, they’re two of the driving forces behind storied cigar brands like Romeo, Trinidad, Monte and more. Get a rare glimpse into the creative process of cigar blending from the Masters!