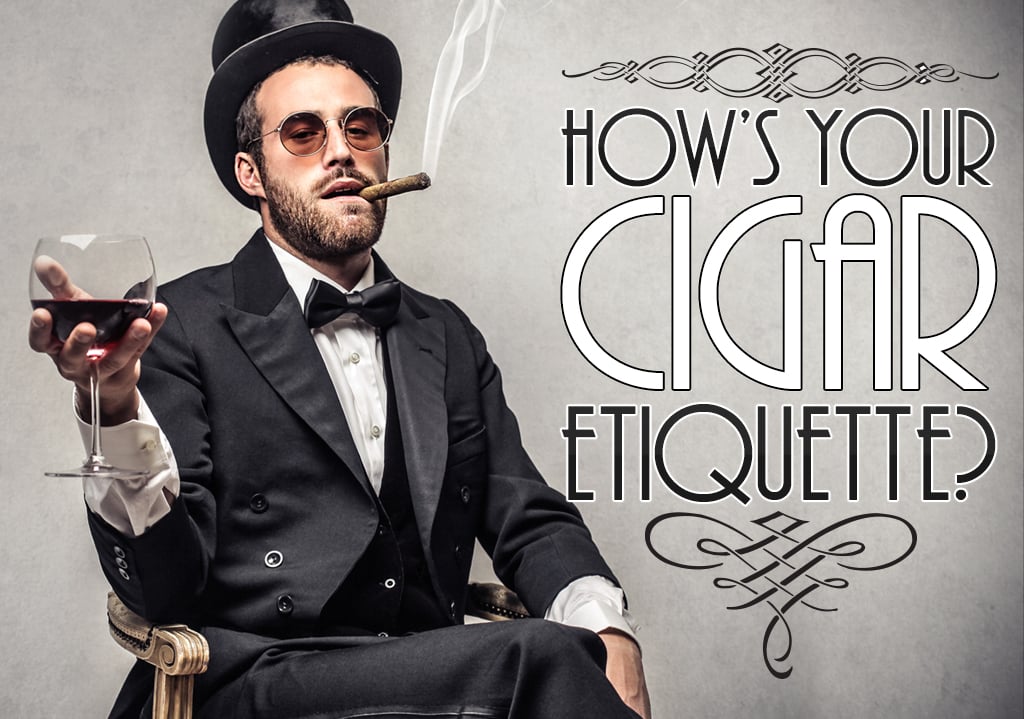 Even with all the wild, wacky and dumbass hijinks you see daily on the internet, there’s one place where etiquette is still the norm – the cigar lounge. Not surprisingly, Zino Davidoff is credited for what we call “cigar etiquette” today. He even wrote a book about it, and I can’t think of a better person to write such a book than Mr. Davidoff. Zino was the quintessential “gentleman,” from his grooming, to his clothes, right down to the way he smoked his cigars. I’m talking “Old World” manners; when men opened doors for women, and removed their hat when entering a room. Though some of those customs have survived, today anything goes. But step into a traditional cigar lounge and you’ll think you stepped into the Bizarro world. I’m not saying that cigar lounges are for the stiff upper lip type; quite the contrary. That said, there are some guidelines that will help you become a better cigar smoker. Even some of Mr. Davidoff’s rules are a little too Victorian by today’s standards. For example: holding the cigar between your index finger and thumb, rather than your index and middle fingers. Zino felt the former method was more “elegant.” He may have had a point, but the way you hold your cigar is pretty much considered your own business. Another is removing the band so as not to “advertise” how costly (or cheap, for that matter) your cigar is. Though many cigar smokers still apply this rule, it appears to have faded over time, since a lot of other smokers want to know what you’re smoking. It’s also a great conversation starter. More often than not today, the band comes off when the ash gets too close.

So let’s get to some of the more tried-and-true tenets of cigar etiquette. As the late, great jazz pianist, Dave Brubeck once said, let’s “Take Five.”

So, there’s some food for thought to digest the next time you light-up your favorite cigar in a cigar lounge. Keep in mind that most of the cigar etiquette tips noted above apply to wherever you happen to be partaking of the leaf. Suffice it to say, it’s better to be a gentleman who smokes cigars than a cigar smoker who’s not a gentleman.

[…] There you will find 78218 more Infos: famous-smoke.com/cigaradvisor/cigar-etiquette/ […]

[…] matters. Don’t go overboard giving your friends the do’s and don’ts of cigars. Stick with the basics. First remind them to not inhale but rather hold the smoke in their mouths […]

Excellent article for the masses, or just me the average cigar smoker!

Nice article for me , an early on cigar smoker.

learn to bite your cigar like a man. This guy probably waxes his chest too.

How to Season a Humidor: The Complete Guide