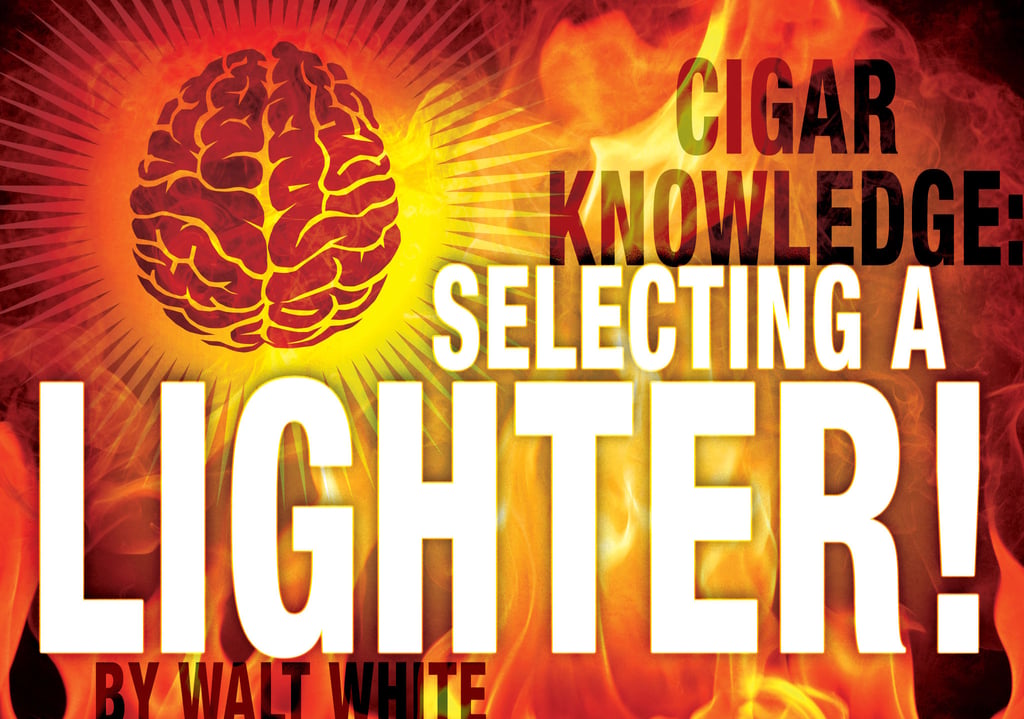 You don’t have to be a longtime cigar passionado to know that the industry has seen lots of changes over the past few years. The most recent trend is the introduction of a sixty-ring format as a staple in a brand lineup.

The size is fascinating, really. If you walk into a given cigar shop and ask the proprietor which size sells best, they’ll most likely respond that the sixty-ring varieties sell most frequently. If you ask the customers why they choose that size more often than others, the response is typically focused on perceived value. If for only a little more money you can get much more smoke-time, why not take the plunge?

Large ring gauge cigars have taken the market by storm and gained massive popularity. The accessory market changed to keep pace with the trend. What good is a cigar cutter that can’t handle anything larger than a 54 ring gauge? Have you ever tried to light a 6 x 60 with a delicate single flame torch?

The purpose of this article is to take a look at the accessory market, butane torches in particular. When it comes to selecting a lighter, bigger isn’t always better.

Lighting a cigar is a fairly simple process. You hold the cigar in one hand, typically at an angle, and the lighter in your opposite hand. The lighter is ignited and the flame is placed near the foot of the cigar.

We try to avoid touching the actual flame to the tobacco to prevent scorching of the wrapper. There is a delicate dance as one hand rotates the cigar and the other dances the flame below the foot. Given a little time, the foot will glow and you are ready to take the first puff.

There isn’t an exact science on how far to hold the flame from the foot. We learn this over time and adjust, on the fly, based on what we see happening. The biggest cause for concern is when we wind up using the wrong tool for the job.

Selecting the Right Tool for the Job:

What happens when we use an old single flame lighter, which we normally use to precisely toast lanceros, to light our sixty ring cigars? If you are anything like me, chances are good that you get impatient and wind up scorching the wrapper by rushing the process.

What about when we use a newer multi-flame torch to toast our traditional size cigars? In my case I wind up holding the tip of the flame a mile from the foot and burn up half a tank of butane trying to delicately light my cigar.

Neither scenario is ideal and we would get better results if we selected the right tool for the job.

When it comes to torches, I’m a big fan of the single flame variety. They are precise, elegant, easy to use, and tend to last a long time between fillings.

Single Flame Torches are available in various sizes and can be purchased as a slimline pocket lighter or a more substantial table torch. The pocket torches make for a great all-around lighter; however, they can be underpowered for big ring gauges. When lighting a 6 x 60 with a single flame torch, I always reach for my tried and true Rocky Patel Table Torch (I got it free from a Famous deal several years ago and it hasn’t skipped a beat).

Because I’m not much of a large format smoker, the single flame is what I use most often. It will handle all of the traditional sizes without issue.

Double Flame Torches are great, as long as you spend a little time shopping around. Twin jets mean more horsepower than a single flame and because there are only two jets, butane usage isn’t too bad.

When searching for the perfect double flame torch, you should pay close attention to the jets. Look down into the mouth of the lighter and take notice as to how the jets are oriented. I prefer mine to be angled towards one another. This creates a flame that resembles an “A”.

The narrow flame on this type of lighter gives you single flame like precision with the extra oomph needed to get a 60 ring toasted in little time. The one thing to keep in mind is that more jets mean a higher chance of clogging. Be sure to use a high quality fuel which has been refined three to five times.

Triple Flame Torches are like driving a Hummer. They are big, manly, and powerful but fuel economy is terrible. A torch with four or more flames is just like the Hummer but picture a set of truck nuts and a supercharger.

In my experience, these types of lighters are notorious for having vertical jets. In this case we’ve got jets stacked together, all of which point straight into the air. When the lighter is ignited, you get a large broad flame.

A large broad flame, with a hot spot approximately the size of a nickel, makes quick work of large format cigars. Wrapper scorching is always a concern but no more than if you were lighting a lanecro with a little single flame thinline torch.

The problem with these torches is that traditional sizes become tricky to light. The hot-spot at the top of the flame is far too large. As a result, I tend to try to tip the lighter and use the edge of the flame. This produces mixed results, so I try to avoid lighting anything smaller than a robusto with these monsters.

Selecting the right torch isn’t a difficult task as long as you use the right tool for the right job. You wouldn’t pound in a little finish nail with a 3 pound sledge, so why light a lancero with a five-jet lighter that looks like it came out of a sci-fi film?

While I’m an advocate of Single Flame Torches, in various sizes, I think the best all around lighter is probably the Double Flame. Get yourself something with angled jets and a large fuel tank and you’ll be lighting lanceros or Super-Toros without issue.