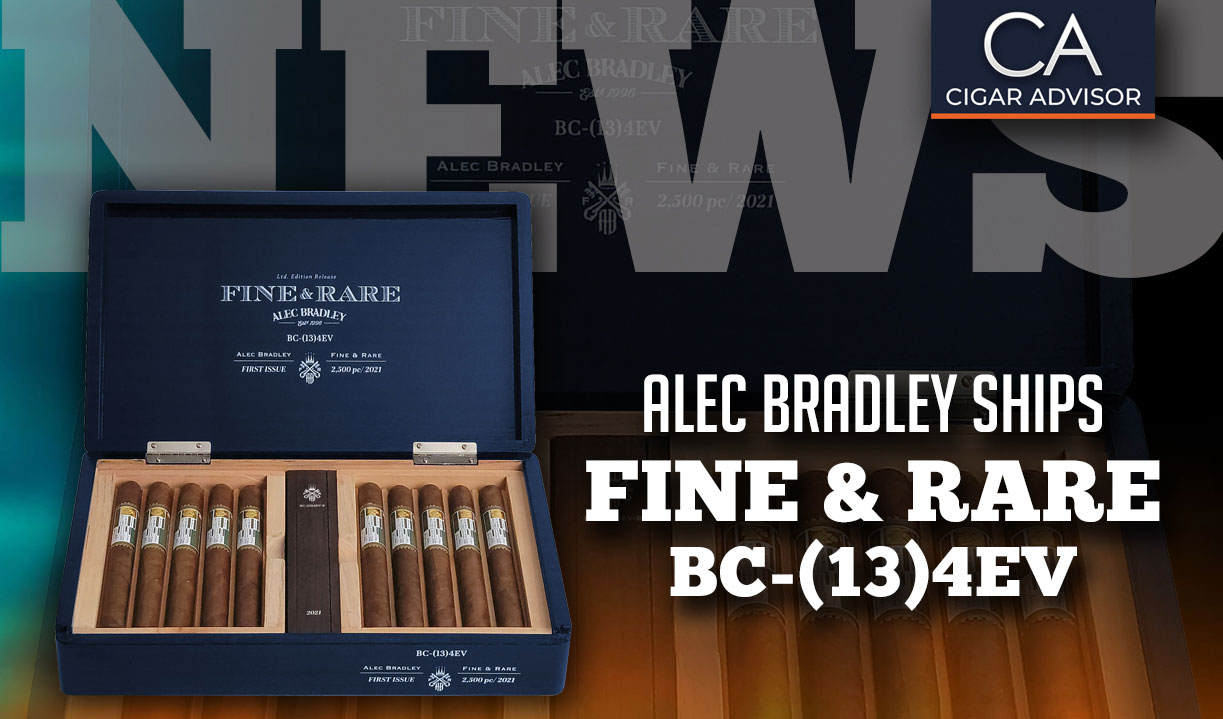 A First for the Fine & Rare Series

For this release Rubin went with a 7″ x 50 Churchill for the BC-(13)4EV—a first for the brand. And in what has become a defining characteristic of the Fine & Rare project, both cigars are blended with 10 unique tobaccos to achieve each blend’s extraordinary complexity, flavor and balance. Both cigars also boast an exclusive estate grown Honduran Trojes wrapper over rare binder and filler leaves from Nicaragua and Honduras. Additionally, all of the cigars for this release were rolled by the same pair of master rollers who have been entrusted to the Fine & Rare project since its inception.

As for the undisclosed BC-(13)4EV-B cigar, Mr. Rubin stated that Alec Bradley will not be the first to identify its size and shape. He wants tobacconists and enthusiasts to reveal and experience the cigar firsthand.

Presented in collectable high-gloss, two-tone blue box sets, Alec Bradley is urging tobacconists to sell the entire 11 cigar experience as a single unit. MSRP has been set to $260.00 per box, before any applicable taxes. Ship dates to international accounts were unavailable at time of publication.

Reading Time: 2 minutes The holidays are upon us; 2020 is (thankfully) almost over. What better way to celebrate than with new cigar arrivals from Crowned Heads, ACE Prime, and Davidoff? Check out the details now!