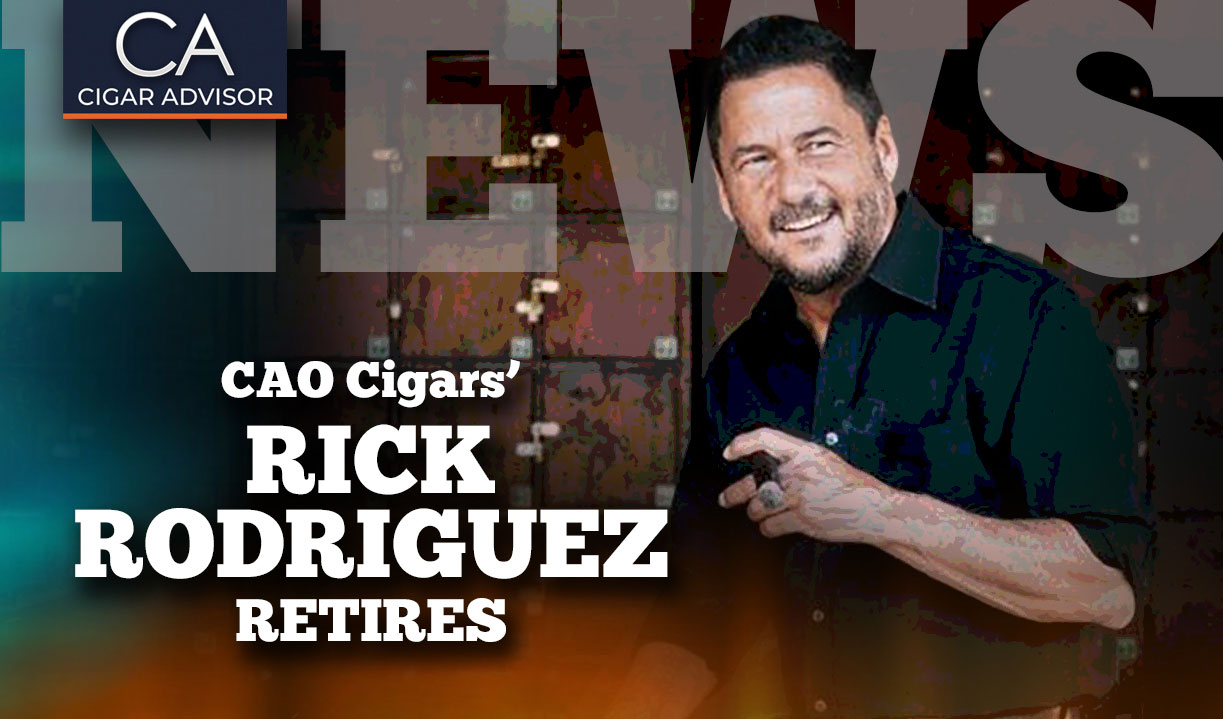 MARCH 17, 2022 – After 22 years with General Cigar, CAO Cigars blender and brand ambassador, Rick Rodriguez, will be retiring from the company on April 29, 2022.

Rick began as a sales representative for General in January of 2000. Five years later, with a nod from then General Cigar president and CEO, Edgar Cullman Sr., Rick participated in a cigar master training program. His mentors included such cigar industry all-stars as Benji Menendez, Daniel Nuñez, and Ernesto Perez-Carrillo. After Perez-Carrillo left General Cigar in 2008, Rick joined the blending team at La Gloria Cubana Cigars.

Shortly after Scandinavian Tobacco Group acquired the CAO brand in 2009, Rick was promoted to blender and ambassador of CAO. For the next 13 years, Rick would head the blend development for the label. Working with CAO’s Nicaraguan team, they produced the Flathead, Amazon Basin, and Pilón selections to name but a few of the brand’s most critically-acclaimed cigars.

“Rick brought a lot to the party,” said Régis Broersma, Sr. Vice President of STG’s North America Branded and Rest of World Division and President of General Cigar. “He was a terrific blender with a great palate.” Between working on new projects for CAO Rick would spend time on the road appearing at cigar shops and special events.

“He loved being around people, sharing his passion for CAO and he loved to tell a story,” added Mr. Broersma. While we’ll miss working with Rick, he’ll always be part of the STG family.”

“It would be too hard for me to list every person by name that has supported me in my career.” said Rick, “But what I can do is say thank you to Niels Frederiksen, Régis Broersma, Benji Menendez, Daniel Nuñez, Ernesto Perez-Carrillo, every CAO fan, every shop owner and store employee, and everybody I’ve had the honor to work with throughout my time at General Cigar and STG. Thank you so much. For everything.”