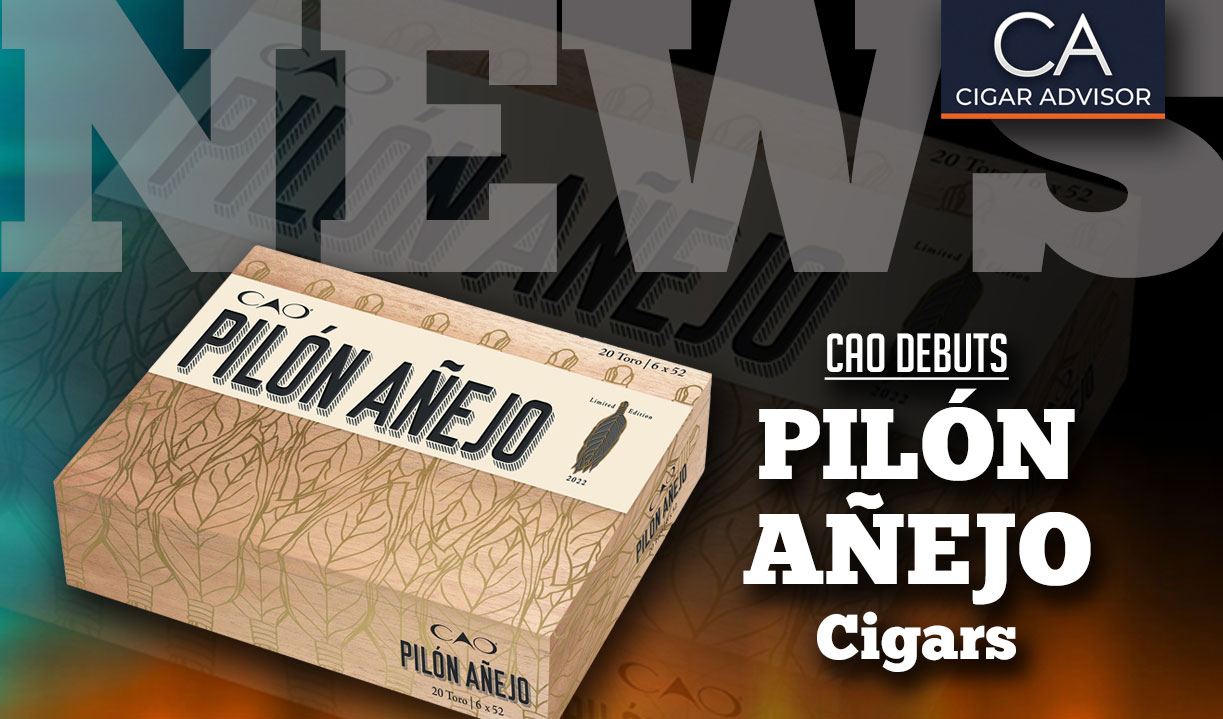 RICHMOND, VA – CAO is set to launch Pilón Añejo cigars, a limited-edition, three cigar selection that will ship to retailers in April with a total of 5,000 boxes to be released in the US.

The CAO Pilón Añejo tobaccos are fermented using the same time-honored Cuban fermentation technique used for the original CAO Pilón selection—stacking the pilons in a circular pattern which enhances the flavor through a naturally extended process. The big difference between this new release and its predecessor is that the finished Añejo Pilón cigars undergo a two year aging process.

Handcrafted in Honduras at STG’s HATSA factory, the pilón process of natural fermentation is said to heighten the color, texture, and flavor of the cigar’s Ecuadorian Sumatra wrapper. A Honduran Habano binder and prime Nicaraguan and Dominican fillers also contribute to the medium-full smoke, dispatching notes of wood, earth and toast, with a touch of spice.

“With CAO Pilón Añejo, we’ve combined pilón fermentation, which does such incredible things to the tobacco, with a full two years of aging of the finished cigars,” said CAO’s blender/ambassador, Rick Rodriguez. “We’ve ultimately created a layered smoking experience that we could not have achieved through any other processes, and the team and I are really proud of it.”

CAO Pilón Añejo cigars will be presented in 20-count boxes, in the three following sizes:

Reading Time: 9 minutes It took 80 years for Famous to roll out this limited edition anniversary cigar from Romeo y Julieta. The Cigar Advisor Review Panel took this soft box-pressed beauty for a test drive, and have no shortage of opinions on this very special release…