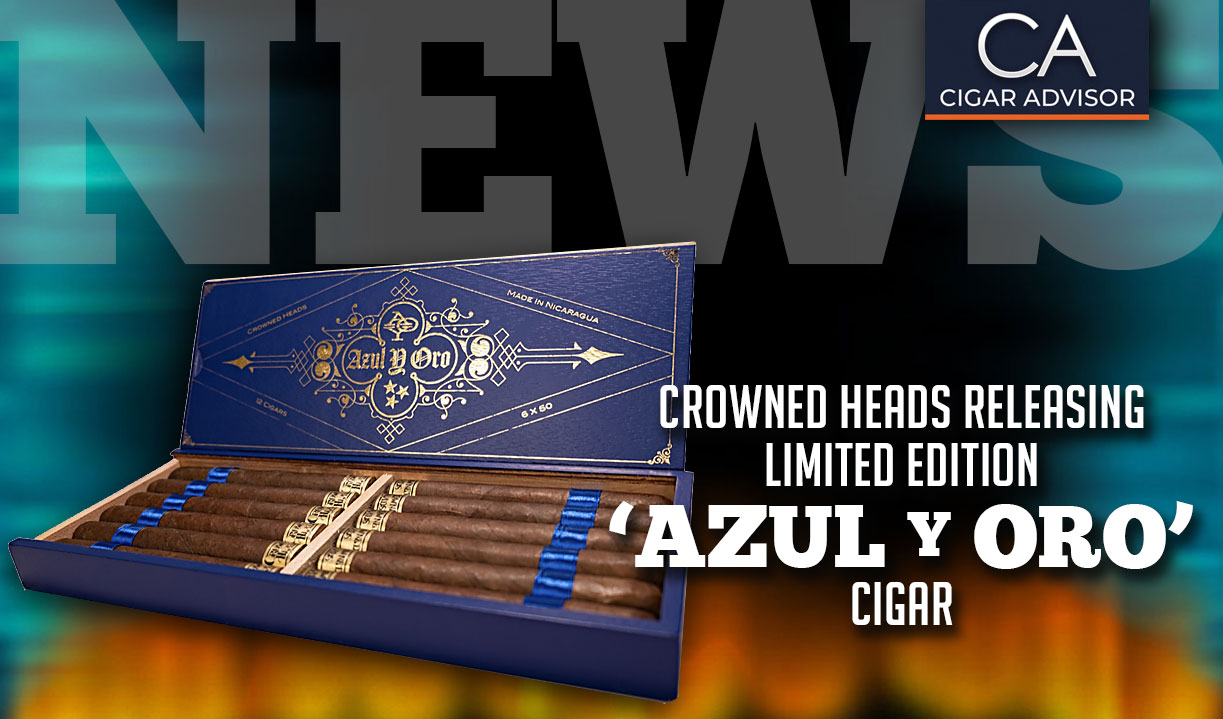 Crowned Heads Cigars has announced the release of Azul y Oro, the Nashville-based company’s first project with Nicaraguan American Cigars S.A. The back story on Azul y Oro began in 2011 when Crowned Heads founders, Jon Huber and Mike Conder visited Nicaragua to explore manufacturing opportunities. Enter, Gustavo Cura, a man with a storied career in cigars and tobacco. Cura, who oversaw all of Oliva Tobacco Company’s farms and interests in Nicaragua, including its tobacco processing subsidiary, PROCENICSA, gave Jon and Mike the grand tour of their farms, factories, and warehouses.

To show their appreciation, Jon and Mike gave Gustavo a bottle of his favorite whiskey known for its iconic blue label. To this day the bottle remains unopened as a memento of the friendship they formed 11 years earlier.

Today, in addition to his continuing role at Oliva Tobacco, Cura has taken the helm at NACSA along with NACSA’s General Manager and Master Cigar Maker, Raul Disla. Together, Cura and Disla teamed-up with Crowned Heads and have created a unique, rich, and complex cigar worthy of an inaugural release from Crowned Heads and NACSA.

Rolled to a 6”x50 Toro, Azul y Oro consists of a Nicaraguan Jalapa binder and Nicaraguan fillers from three regions rolled in an Ecuador Habano wrapper. The medium-bodied smoke reveals deep flavors of leather, wood, and dark chocolate underscored by notes of pepper.