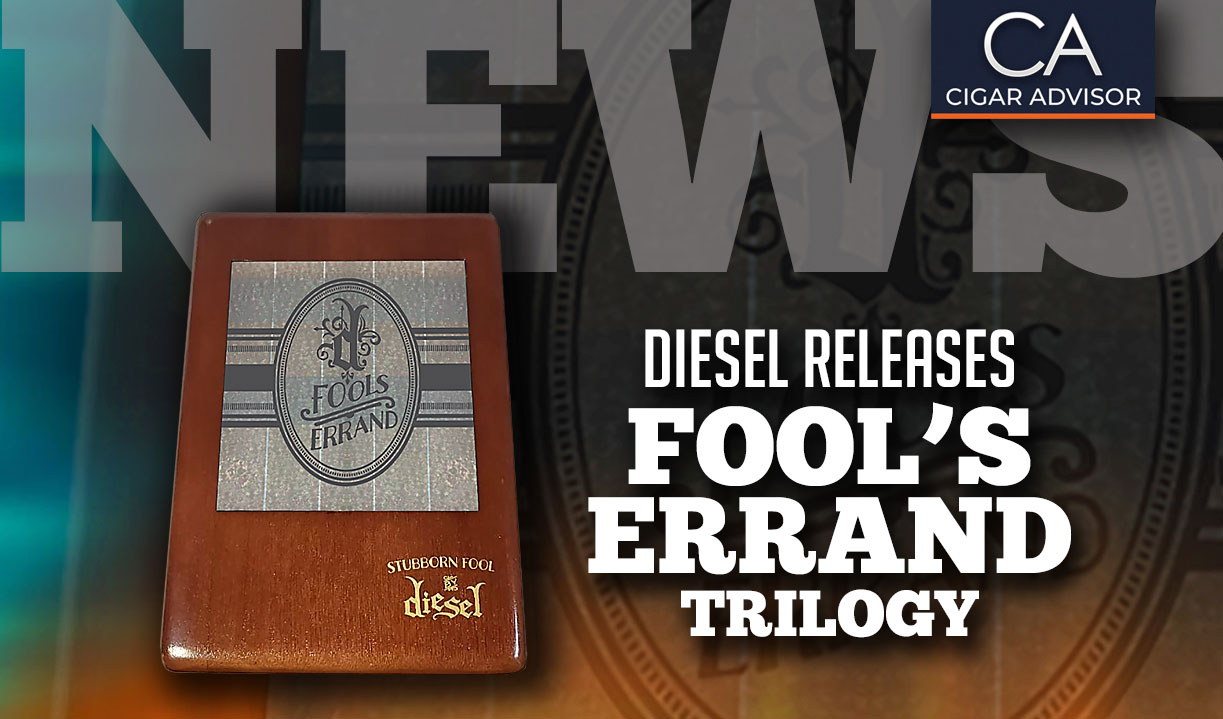 RICHMOND, VA – Diesel Cigars is rolling out a new limited edition cigar trilogy titled ‘Fool’s Errand.’ The first of the three annually-released Fool’s Errand cigars is ‘Stubborn Fool,’ which will ship to retailers on April 1. In addition to being new Diesel cigars, the series also combines storytelling, interactivity, and cigar mastery.

Blended by AJ Fernandez and Diesel senior brand manager, Justin Andrews, Diesel Fool’s Errand Stubborn Fool is being released in one size, a 5” x 58 perfecto. The full-bodied cigar is made with a rare Connecticut Broadleaf used in previous Diesel releases. The binder is Honduran Jamastran, and the filler is a blend of bold Honduran and Nicaraguan tobaccos. The flavor profile includes notes of dark chocolate, coffee, leather, cedar and light spice.

“We’re keeping the tradition alive with ‘Fool’s Errand,’” said Andrews. “Since AJ and I completed the Elixir trilogy, Diesel fans have grown accustomed to our cool approach to limited edition cigars. Fool’s Errand is our next three-year series, and we’ll launch it annually to kick-off Spring.”

“With Fool’s Errand, we’re taking it to the next level by adding an interactive game to the mix,” added Andrews. For the premiere of the series, the Stubborn Fool character will be introduced as a collectible tarot card inside the box. The card contains a QR code that, when activated, will launch an interactive game which invites the cigar smoker to complete the Stubborn Fool’s errand by solving a series of riddles. Special Diesel Fool’s Errand prizes created specifically for the Stubborn Fool character will be awarded at random to the top 10 participants. Additionally, new characters will be introduced over the next two years to complete the trilogy.

“The opposite of a fool is someone who’s wise,” hinted Andrews. “So if a wise person were to buy a box of Stubborn Fool smokes, they would put the tarot card in a safe place for the future…”