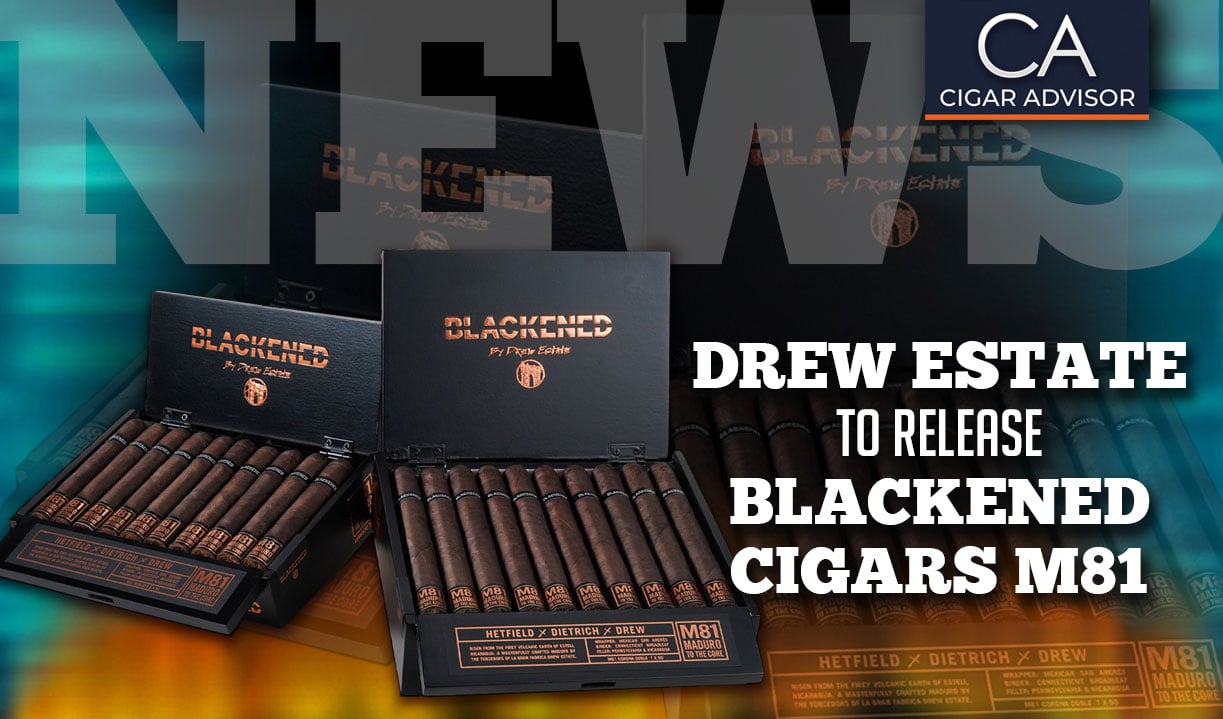 On Wednesday, September 28, during their “Freestyle Live: Special Edition” broadcast, Drew Estate revealed the “mystery cigar” sent with the company’s latest Freestyle Live Event Packs. Joined on the broadcast by Metallica’s James Hetfield and Blackened American Whiskey Master Distiller, Rob Dietrich, said mystery cigar was the all-new BLACKENED Cigars “M81” by Drew Estate. Calling it, “an exploration into the deepest, darkest and heaviest depths of the mystical Maduro leaf,” the new release is the result of a passion project between Hetfield, Dietrich and Drew Estate Founder and President, Jonathan Drew. 1981 was the year Metallica released their first album, hence, the ‘M81’ in the name. 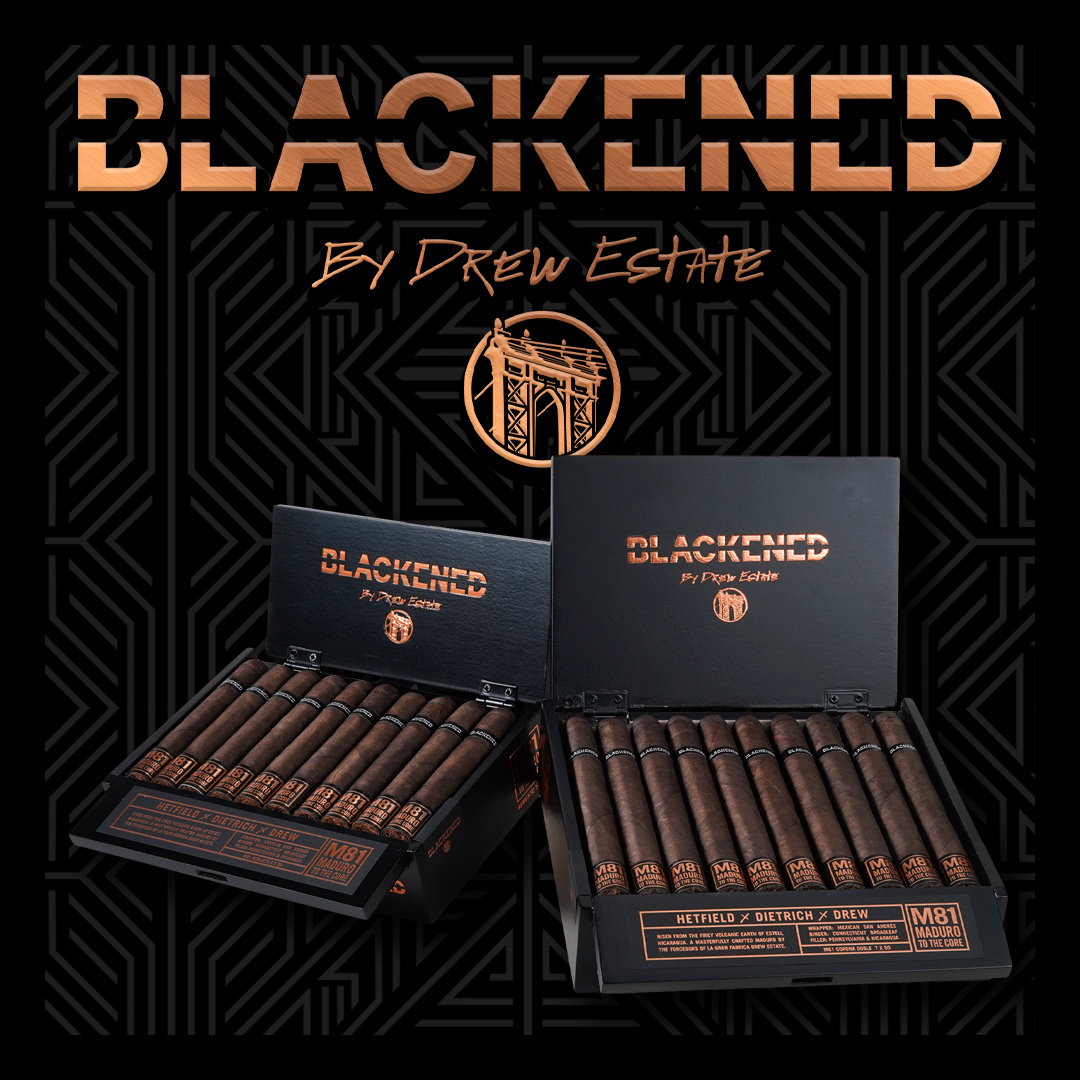 “It is really a fun social thing for me, a fellowship, to have a few buddies sit around with a few sticks,” said Hetfield. “Rob and I frequently enjoy cigars together and he introduced me to Jonathan from Drew Estate. The three of us connected and shared each other’s vision and story about where we’ve been, what we like to see, and what is important to us now. And we all came up with what a BLACKENED ‘M81’ Cigar would look and taste like. I love the Maduro leaf and I’m super excited for everyone to try this.”

Dietrich and Drew have known each other for over a decade and always wanted to collaborate on something special. The Blackened cigar project seemed to be the perfect opportunity. Samples from the Drew Estate portfolio were sent to Hetfield and Dietrich who kept journals with critiques of the cigars identifying what they liked and disliked about each sample. Two years later, the trio decided on the exact flavor profile that would become BLACKENED Cigars M81 by Drew Estate.

“This was a project that was purely born from passion …for music, for fellowship, for life, and all the in-between moments within,” said Dietrich. “James, Jonathan and I worked together to create what we feel like is the perfect cigar. The result is truly a monster of flavor—all-maduro, designed with definitive depth for darker and bolder palates.”

BLACKENED Cigars “M81” by Drew Estate takes the smoker on a journey through different Maduro leaves. A thick, oily Maduro wrapper grown in the rich volcanic soil of Mexico’s San Andres Valley opens the show. Below that is a meaty Connecticut River Valley Broadleaf Maduro binder followed by Nicaraguan and Pennsylvania Broadleaf Maduro filler tobaccos, including the boldest Pennsylvania Broadleaf ligero in Drew Estate’s massive tobacco inventory. Maduro through and through, the smoke is dark, bold, rich, and powerful with alluring notes of espresso, leather, and dark chocolate. 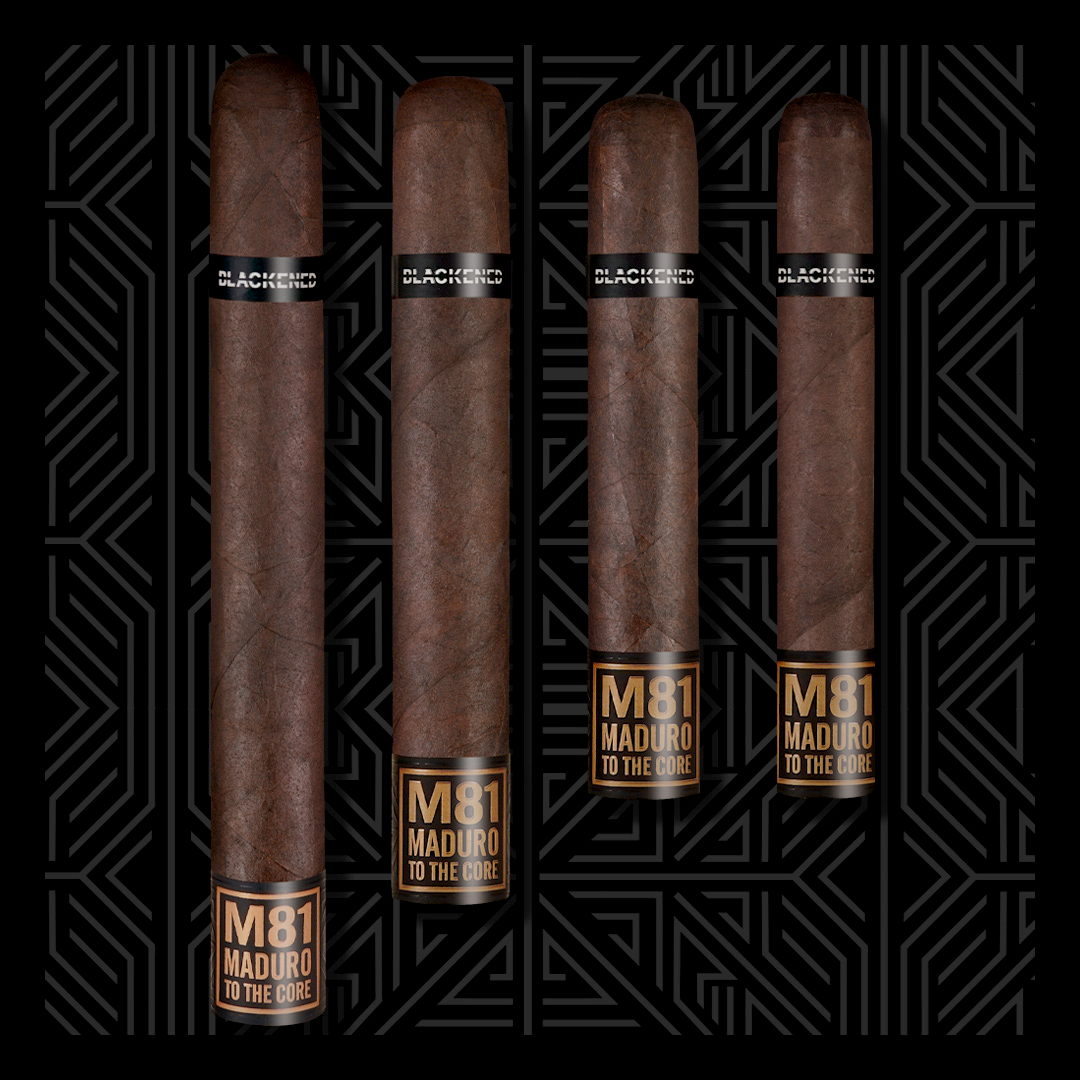 “Hetfield, Dietrich, and the Drew Estate team have dedicated an immense amount of time into this historic brand,” added Jonathan. “BLACKENED Cigars ‘M81’ by Drew Estate reveals layer-after-layer of Maduro’s deepest, darkest, most magical, and mysterious character that narrates a defining story of just one thing … passion!!!” CA

When will they be available?