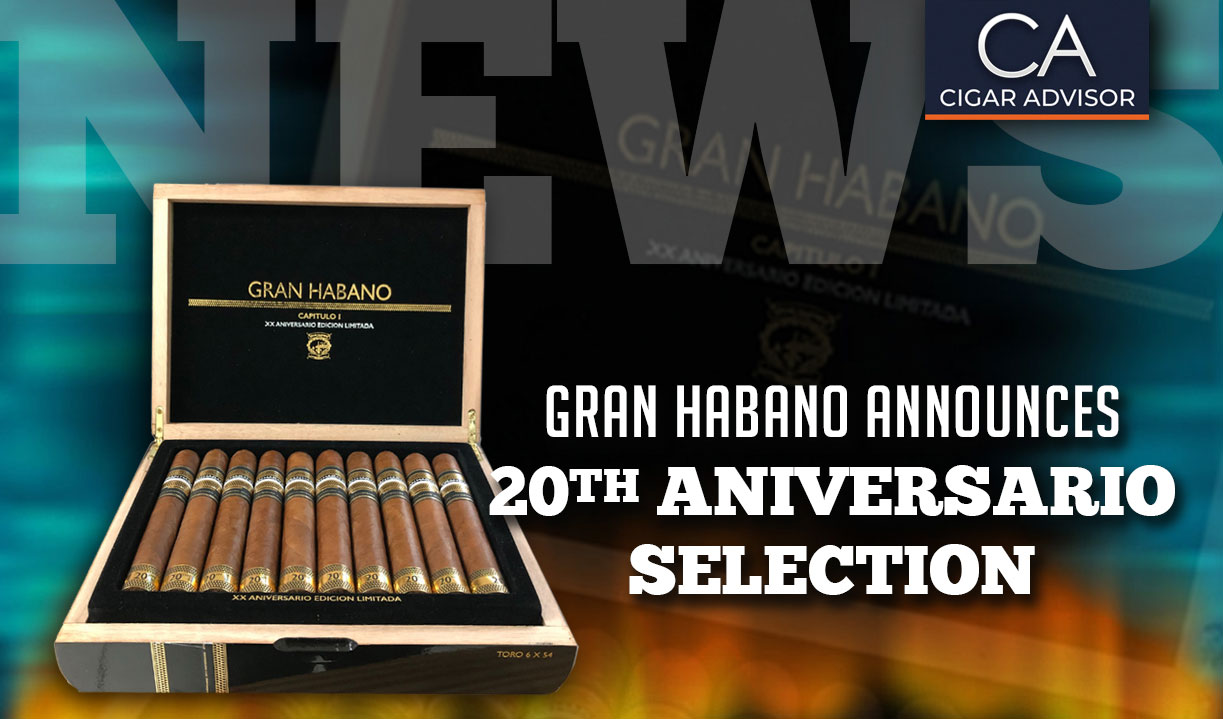 DORAL, FL – Gran Habano announces the release of the 20th Aniversario, a cigar celebrating an incredible milestone in the family business. The inspiration for making this cigar was drawn on the first chapter of the Gran Habano story: El Sueño (the dream), El Desafío (the struggle), and El Triunfo (the success).

“It is with great pride that after 27 years in business as a company, we celebrate the 20th anniversary of our brand, Gran Habano,” said company co-founder, George Rico. “It is a wonderful feeling to reach this special milestone as a brand, as we will continue to maintain our culture as a company by following our principals to pursue making quality cigars.”

Rolled at Gran Habano’s factory in Danlí, Honduras, the XX Aniversario is a limited-production release. 4,000 boxes of each size made will be released each quarter, and distribution will cover only 200 retailers. The 20th Aniversario will be making its official debut at the PCA trade show in Las Vegas July 9-12, and starts shipping in August.

“We look forward to the next chapter in our family’s journey, and to the new generations continuing the family tradition that has allowed four previous generations to be successful in the industry of tobacco,” added George.  CA

Cigar Advisor Guide to Seasoning a Humidor with Boveda