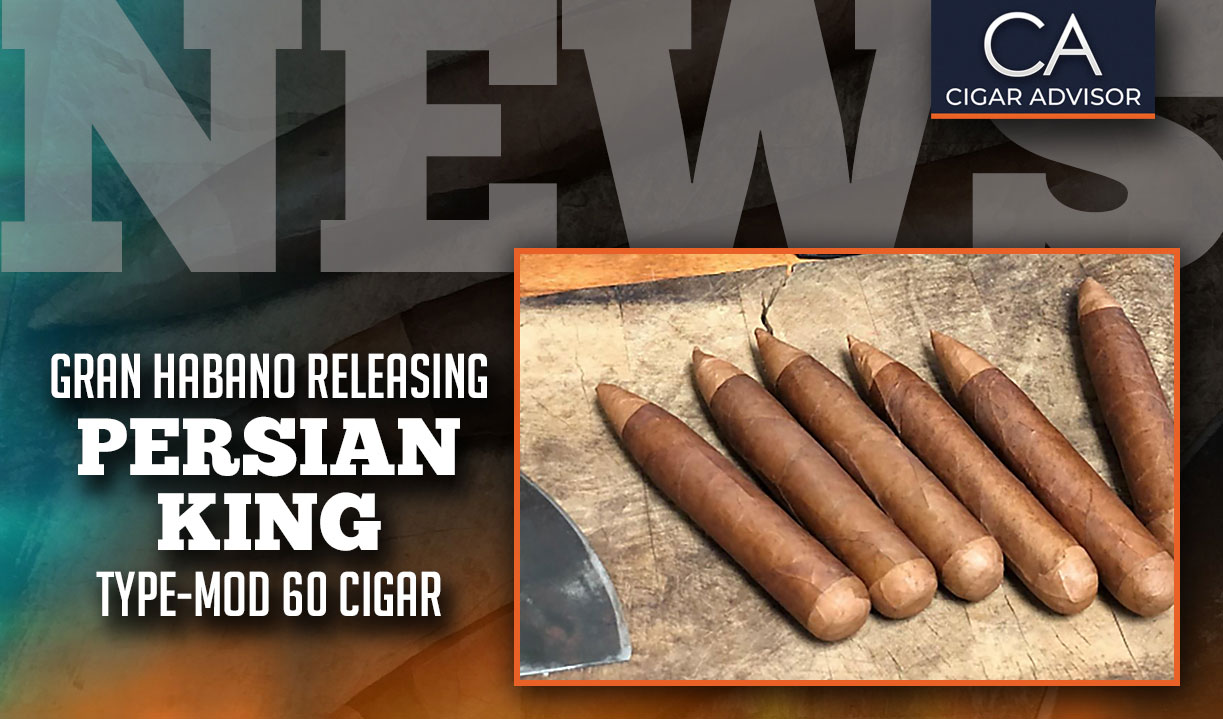 PERSIAN KING TYPE-MOD 60 CIGARS TO SHIP IN LATE MAY

DORAL, FLORIDA – Gran Habano Cigars has announced the release of the Persian King Type-Mod 60 cigar, the first release from the boutique cigar maker for 2022. This release is sure to excite loyal fans of the unbanded Persian King and Persian Queen. Handcrafted in one size, the Type-Mod 60 cigar is a very distinctive 6×60 pyramid format at one end and tapered at the other. This affords cigar smokers to choose how they want to smoke it. Additionally, the blend consists of all Nicaraguan leaf grown on Gran Habano’s own estate farms.

The highly praised Persian King cigar with the unique Connecticut twisted foot was first released over a decade ago, followed by the Persian King Maduro, a Nicaraguan puro with a sun-grown wrapper. The barber pole Persian Queen Limitada followed in the Fall of 2020.

Manufactured in Honduras at the Gran Habano factory, the Persian King Type-Mod 60 will be shipping to retailers nationwide by the end of May, 2022. Presented in boxes of 50 cigars, the Persian King Mod-Type 60 will have a suggested MSRP of $7.60 per cigar.

The Mod-Type 60 figurado was originally scheduled for an earlier arrival date. However, due to the pandemic, the unexpected hiatus gave Gran Habano Cigars’ George Rico time to work on new projects which fans of the brand can look forward to later this year. CA

Reading Time: 3 minutes It’s the slow season of cigars for sure, but there’s a few new sticks that just might tickle your fancy from Alec Bradley, Asylum, H. Upmann, and Southern Draw. Check them all out here!