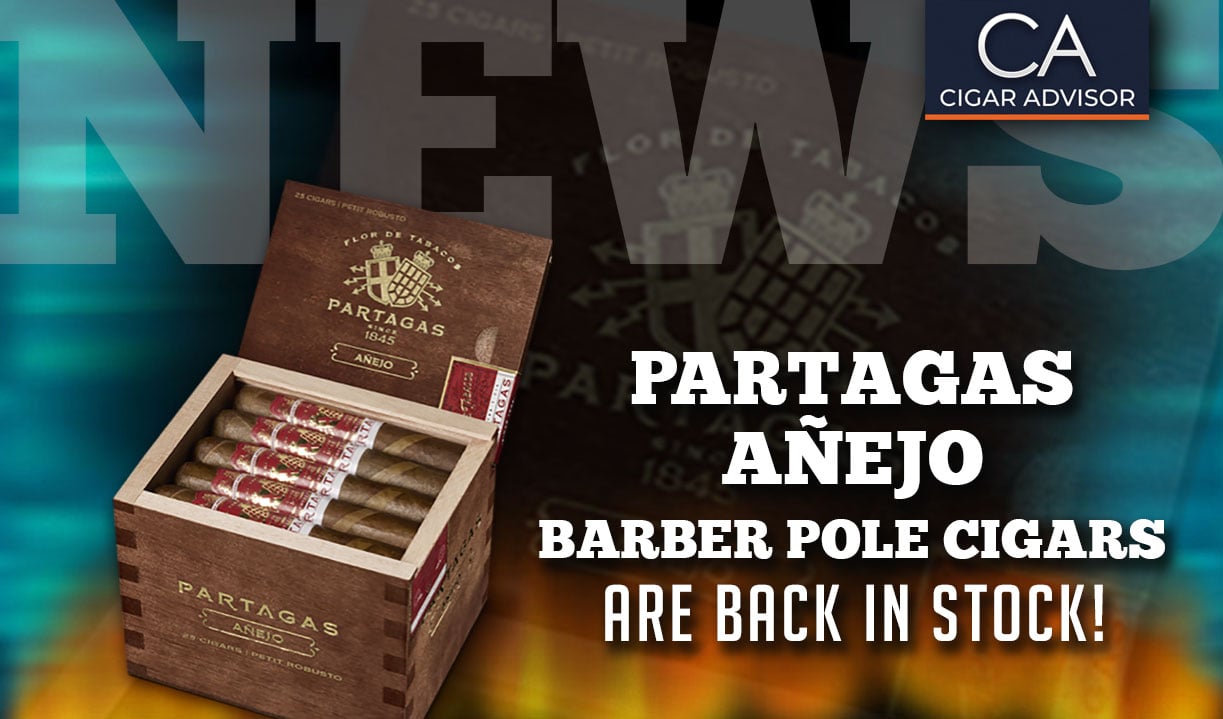 Partagas has shipped this year’s second limited edition allotment of “Añejo.” The line is named for the profoundly aged wrapper tobaccos that define its appearance, attributes, and refined flavor profile.

Partagas Añejo cigars are also reprising the two original sizes released earlier this year. Both vitolas are 4½” in length due to the scarcity and fragility of the cigars’ African Cameroon wrapper leaves.

“Partagas Añejo is a small-batch offering that we are releasing twice a year,” said Partagas brand manager John Hakim. “This special blend provides the opportunity for cigar lovers to experience the mystique of a Cameroon wrapper in the context of masterful blending.”

Each barber-pole cigar is rolled with a rare 1998 Cameroon leaf intertwined with a 2013 Connecticut Shade leaf. The core blend is comprised of Mexican and Dominican fillers bound in a Dominican Vega Especial leaf. Starting off mellow, the cigar delivers an intricately layered and complex experience with notes of wood, leather, and earth that culminate in a medium-bodied smoke. 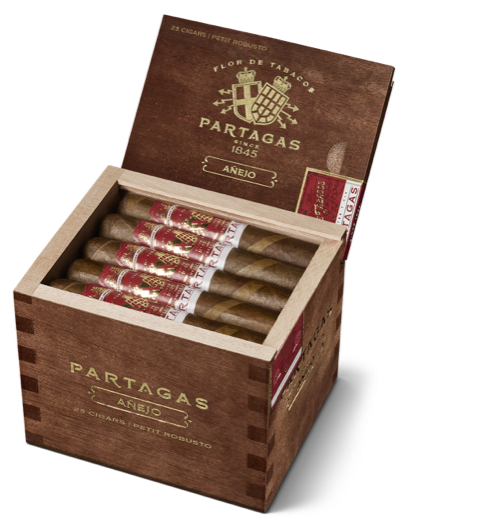 Added Mr. Hakim,” The initial release earlier this year was met with a tremendous response, and we anticipate that the second allotment will sell out quickly.”  CA

Reading Time: 9 minutes It’s a first for PDR Cigars: a coffee-infused cigar. If you’re curious about this PDR twist, join the Cigar Advisors as they take the PDR 1878 Natural Roast Café Robusto for a test drive…