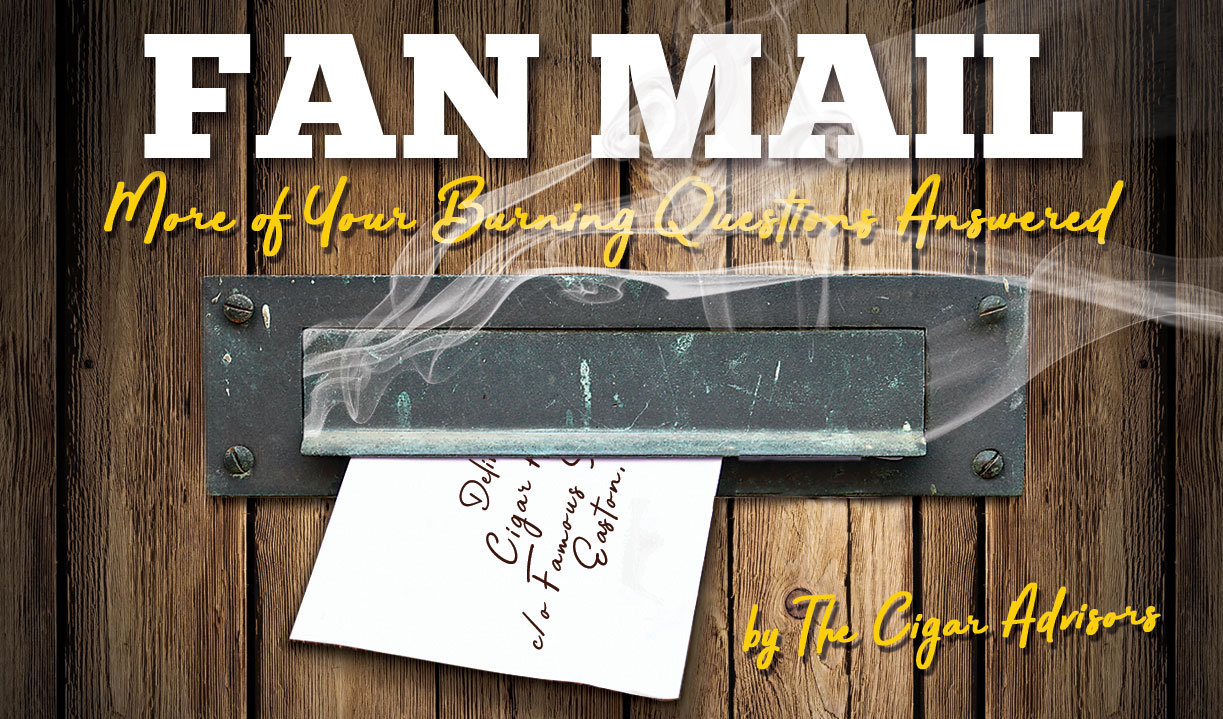 Mail call: more cigar questions have rolled in to us here at Cigar Advisor, and we’ve cherry-picked three great ones to share with you – it’s a great opportunity to pay forward some need-to-know Cigar 101 basics, even if it’s only a little bit at a time. It’s all about better cigar satisfaction.

We’re now at our 30th edition of our cigar Q&A series – and this time out, it’s a useful session for anyone who’s looking to learn about dealing with overhumidified cigars, or who wants to know a technique used when blending cigars. We’re also weighing in on that age-old debate: should I refrigerate my cigars?

Check out these videos…

Cigar Question #1: Can I store my cigars in the refrigerator?

We received a question from Nick in Bolivia, North Carolina. He asked, “Can I store cigars in my fridge? I’ve heard of people doing that, but I don’t want to ruin them.” Technically, you can do whatever you want. But remember…every action has a consequence. This topic comes up more than most might think, and your choice can greatly impact whether your hard-earned collection survives. Yep. It’s that serious. Before you place your sticks alongside your milk and eggs, be sure to watch this video and see whether it’s the move you should make.

Cigar Question #2: What is a fuma cigar?

We have some cigar Spanish on tap today…and it comes from Scott in New York. He asks, “What is a fuma? I’ve seen some cigars called fumas, but I’ve also heard you guys describe it as something else. What’s the difference?” Scott is right when he says “fuma” means more than one thing: both a valuable tool for the cigar blender and a budget bundle cigar, but a fuma is really more than that – and I’ll explain all of them, in this short video.

Cigar Question #3: What do I do if my cigars feel soft or spongy?

Even if you keep your cigar humidor at peak performance, there may be some cigars in there that, for whatever reason, have more moisture in them than others. The question for me came from someone who found that a number of his cigars were feeling very spongy, and wanted to know how to get them back to normal. Watch now to find out. . .

Dafuq is the point of even reading this article if you’re just gonna say watch this vid? Goddam clickbait

Read More
Cigar Ratings & Reviews
Macanudo breaks out of its comfort zone and throws a smooth, but full-bodied fiesta! See our quick Weekend Cigar review of the Macanudo Inspirado Red Robusto Box Pressed, and get the tasting notes NOW to see why "long aged tobaccos can tame even the boldest blend." It may just change your mind about this classic brand.
Read More