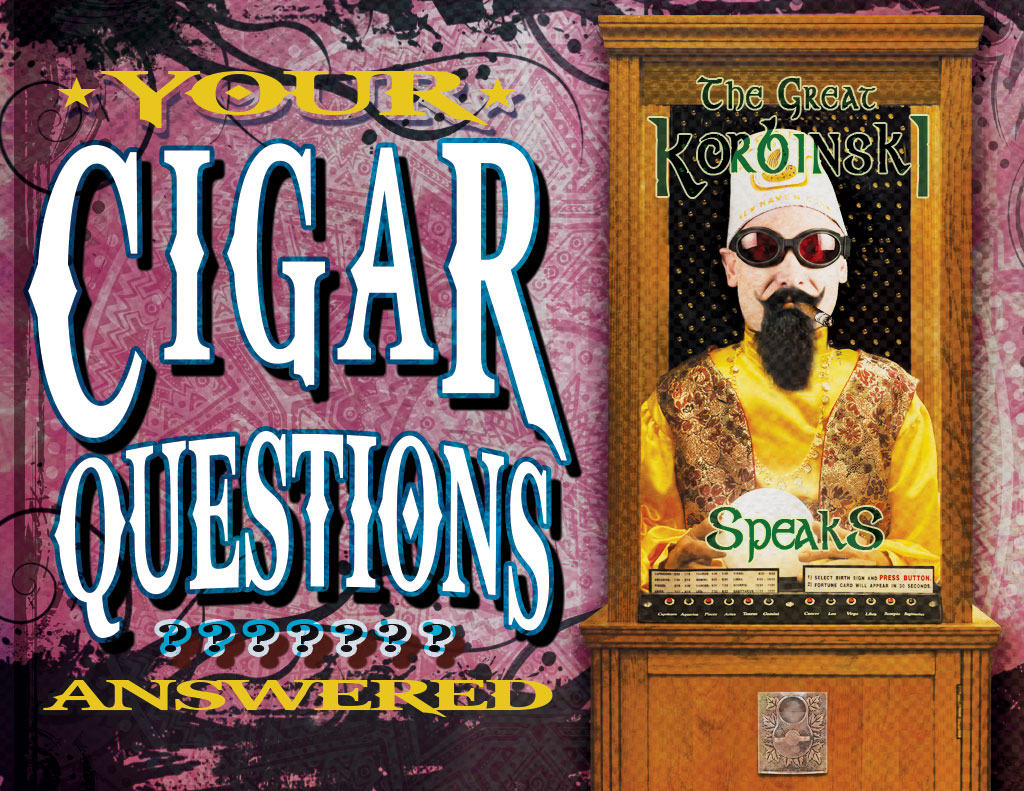 You ask, we tell. It’s a pretty simple system, and a nice arrangement we have going here. Because there are no such things as bad cigar questions, we’ve encouraged you to throw your “wonder if’s” and “what can I’s” our way – and the Advisors have again put their collective cigar knowledge together for your benefit. We enjoy it – because when you know more, you can love it more. And there’s no good reason to keep this information a secret. Last time, we discussed plume vs. mold…wrapper selection…getting rid of cigar breath (it works) and how long it takes for cigars to go stale. For this sixth edition of Fan Mail, we’re going to introduce you to a few tools (tupperdors and box openers), the psychology of cigar flavors, and the “most dreaded question ever”: are Cuban cigars better?  Check out our short n’ sweet video replies to these four new questions from Advisor readers just like you. Trust us – they’ll help.

The question of cigar storage options is a common one we get here at Cigar Advisor; and it’s an important one. I’m glad people are looking out for the best conditions to keep cigars fresh – especially considering how easy it can be, with a tupperdor. But maybe storing cigars in a plastic container doesn’t sit right with you, for some reason…it just seems – weird. “Last night’s dinner goes in there, not cigars,” you’re thinking. Do not fear the tupperdor; it actually could turn out to be your humidor’s new best friend.

If you have too many cigars for your humidor and need a short-term cigar storage option, or you want to revive some under-humidified cigars – that piece of plasticwear is going to be a big help, and for just a few bucks. Watch this video – and you’ll see what I mean.

Cigar Question #2: Can the Time of Day or the Environment Affect Your Cigar?

This curious chap named Rick in Oregon wants to find out, and it’s honestly a great question. Have you ever had a cigar you loved and then had it again and it tasted like the underside of a sewer worker’s boot? Or have you ever read a review where someone writes “This is a great cigar for the morning,” or “This is great after a big meal.” Mild cigars for morning, heavy cigars for night, light cigars on an empty stomach, and hefty cigars on a full stomach; it may all make sense not in terms of a rule of thumb, but instead, this all may make sense based solely on our state of mind and our environment. All these questions are answered if you click on this link and go to my video. It may just answer why you like some cigars and not others. Hell, it may even let you in on why your favorite cigars are never ranked on anyone’s top 10 cigars list. But you’ll never get the full explanation if you don’t watch the video…

Some questions that come to us at Cigar Advisor get asked a lot. And I mean, A LOT. And chances are, if you’re a real cigar guy, then you’ve certainly been asked this one… Are Cubans really the best cigars? While it’s mostly a matter of preference (not everyone has had the opportunity to compare Cubans and non-Cubans side by side, hence the lingering question), there are some qualities non-Cuban cigars exhibit that make a big difference. So let me tackle this often-asked query with my personal take; it might just be a great answer for you to use the next time you’re confronted by a cigar outsider.

Cigar Question #4: How Do I Open a Box of Cigars with a Nail in the Lid?

I’ve been smoking cigars for a few years, and usually buy my smokes by the box. I only have one complaint, and maybe you can help me. For many of the brands I buy, the boxes are sealed with a nail. I can usually pry them open with my fingers, but some are pretty hard, and the last time I tried this, the cigars went flying all over me and the floor. Is there a “tried and true” method for opening cigar boxes with nails in the lid?

Fortunately, most cigar boxes today are sealed with the country of origin stamp, and employ either a sliding top, or some type of simple metal closure. The nail is used primarily to ensure the box is sealed tightly. Now, most people can open a nailed lid with most any narrow blade, like a knife or a screwdriver, but Messy Mark’s problem is best solved by using a traditional cigar box opener. There are a number of ways to use the tool, but if you’ve never seen or used one, click the video link to see my demonstration. To learn more about the origins of the cigar box opening tool, see below.

A Brief History of the Cigar Box Opening Tool

Pre-1860 documents suggest only one cigar in ten was purchased in or from a consumer-size box of 25, 50 or 100. All that changed in 1863 when the need for money to fight the Civil War resulted in a series of tax laws that mandated cigar boxes into universal use. Every cigar after that date had to be packed in and sold from a box. Those Civil War revenue laws required tax stamps to be wrapped around the box, and after 1868, added other labeling and the provision that those stamps must be destroyed when the box was opened.  That same year, 1868, the first cigar box opener was patented.

A century later, box-opener collector Mike Schwimmer asked: “Why cigar box openers? Pocket knives, table knives, screw drivers and assorted other household implements were available to do the relatively simple job of opening up a wooden cigar box.” He decided, “Yes, and you can cut your fingernails with a scissors, too, but the proper tool always gets the job done best and faster.”

Cigar box openers were designed to slit the advertising label pasted on the end of the box, irrevocably damage the tax stamp, pry up the nail that sealed the box, and, if desired, pound that nail back in…and to do those tasks quickly and with minimal damage to the box.

During the next half century, an amazing variety of shapes and sizes, some not patented, appeared. Most were of steel and had three common characteristics: “First, a tapered edge or blade to slit the tax stamp and decorative labels; second, a small notch to catch the lid nail and pry up the lid; and third, a hammer-like protrusion or a heavy flat surface to pound the lid shut again.”

Not surprisingly the 1st patent box opener looks a lot like a pocket knife, every male’s companion. The 1868 patent describes it an improvement on a box opener patented in 1864 by being designed specifically for the needs of a cigar seller, notably constantly opening and re-closing boxes. Frequent opening and closing was normal at that time because the humidified showcase in which boxes were displayed open was still a few years away.