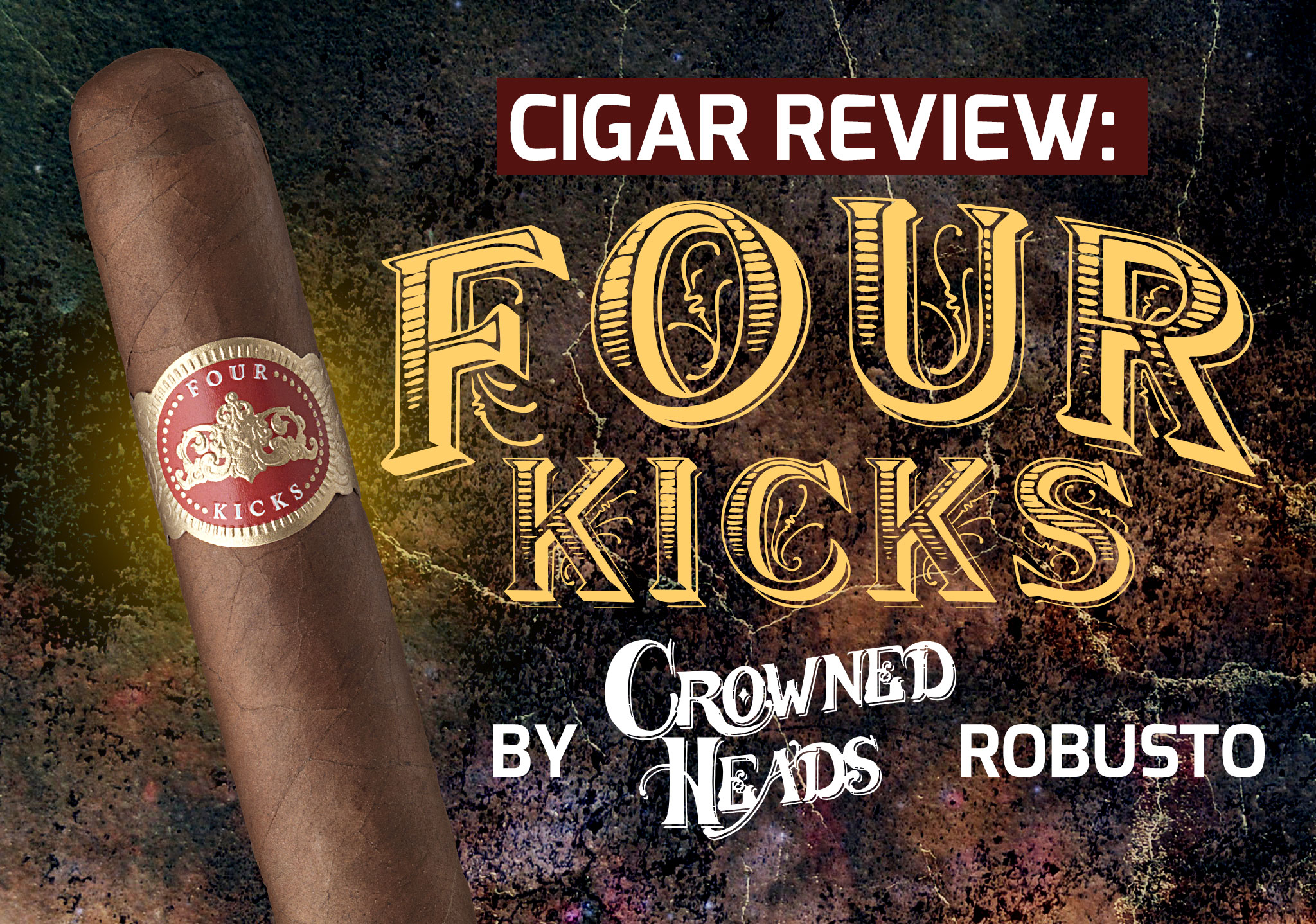 This cigar from Jon Huber and his Nashville-based Crowned Heads cigar company has an interesting story behind them. After reading it, I looked forward to treating it to a cigar review Four Kicks performed as follows:

Base flavors: Mainly woody with a note of spice.

Retrohale: A little peppery, but not overpowering in the early stages, with very little change in the latter stages.

Burn / Ash Quality: The burn was clean and slow, exposing a more white than grey ash that was semi-firm in consistency. Going into the second half of the cigar, the ash firmed-up. At one point the ash hung-on for over an inch-and-a-half.

Balance of flavors: Excellent. Each puff was equally smooth and flavorful. Not much change at all, especially in the first act.

Consistency: One of the most consistent cigars I’ve smoked this year. The flavors hardly wavered, nor did the smoke ever become rough or acutely bitter.

General Observations: Very well made all around. I could hardly find any flaws in this cigar. The flavors were not complex, but straightforward with a rich, woody character and a pleasing aroma. In the last couple of inches the cigar did reveal a much more strength. Surprisingly, the retrohale was less peppery in the final stage. Suffice it to say, it hit on all cylinders right down the line.

Summary: In blending this cigar, I don’t think Jon Huber could have made it much better. The Four Kicks Robusto is a straight-down-the-middle medium-bodied smoke; and a very enjoyable one at that.

Reading Time: 5 minutes It’s classic cigar time once again. For this cigar review, the La Gloria Cubana Serie R No. 4 goes under the microscope. Gary reveals the Robusto’s flavor and many other attributes, while also contributing some La Gloria Cubana cigars history.