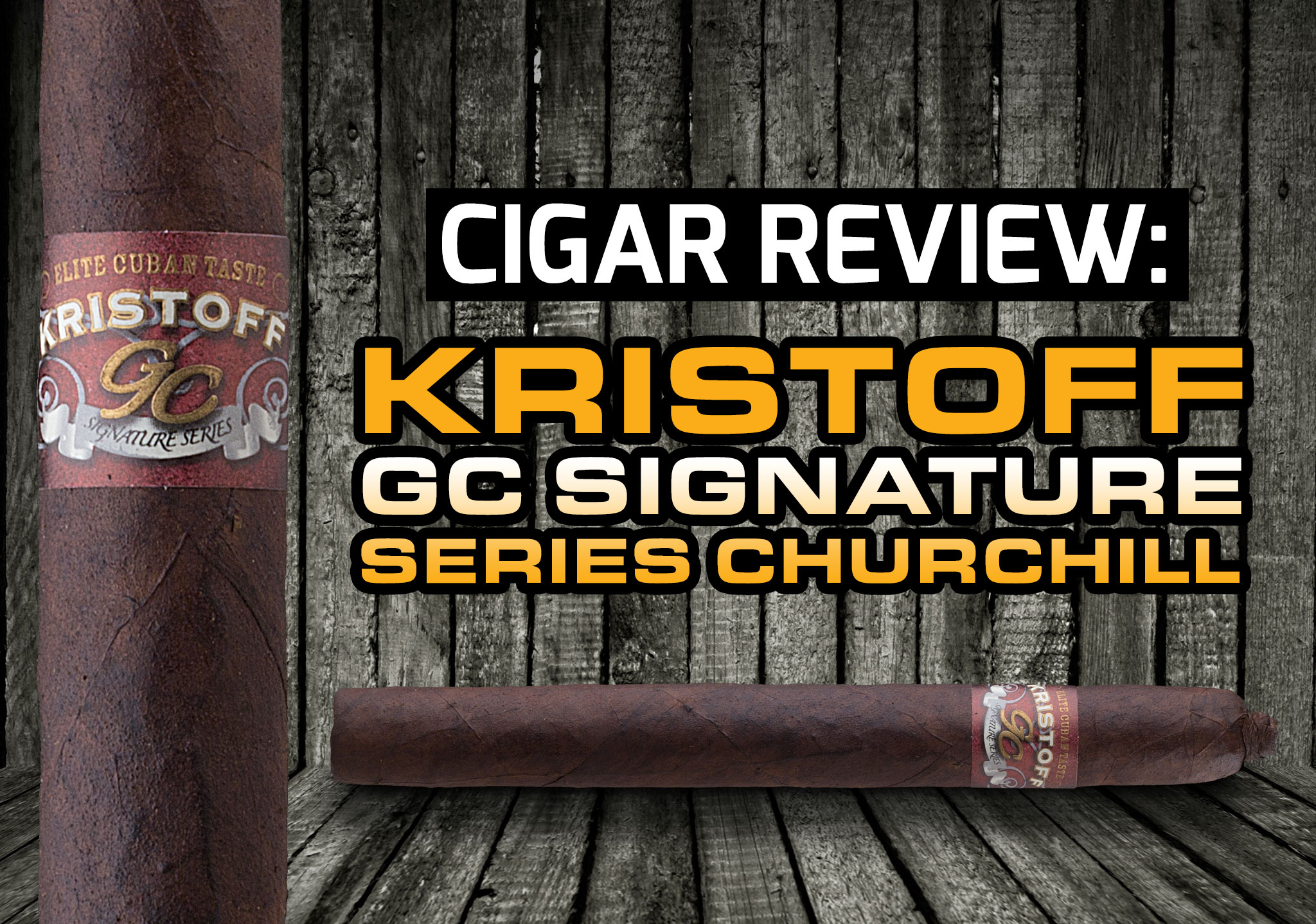 Toasting & Light: Toasted up nicely (the remains of the shaggy foot helps). First puff was creamy, smooth and mainly earthy in flavor.

General Observations: As with most Kristoff cigars that I’ve smoked, the GC Signature was very creamy. It started out fairly mild, and smoke passed easily through the head while resting in the ashtray. During the first inch or so, earthy woody flavors were joined by a sliver of nutmeg. Unfortunately, the wrapper revealed a tiny split at the 4″ mark, which caused it to swell slightly. I let it rest as long as possible and took light tokes until it worked its way past the tear. Apparently, this worked like a charm, and had no negative affect on the burn. Closing in on the midpoint, dark tobacco and espresso-like flavors began to emerge. In the last third, the cigar became much more robust, but a little bitter as well. Letting it rest helped. The smoke remained thick and creamy all the way through.

Summary: Though this cigar is listed as “full-bodied,” I’d say it’s more in the medium-full zone. This particular stick must have been exceptionally moist or oily, as several tears and bulges appeared during the smoke, They may have been where some of the soft spots were. This had no detrimental effect on the flavors or my enjoyment of it, but I did have to nurse this cigar a little more than usual. In the end, the smoke turned out alright. The cigar built steadily in flavors, finishing in full-body mode, and for the most part, the flavors were pretty consistent. Most impressive was how this cigar survived the several tears in the wrapper. It never burned poorly. Fans of Kristoff and cigar smokers who like a robust and creamy smoke will very likely enjoy this cigar.