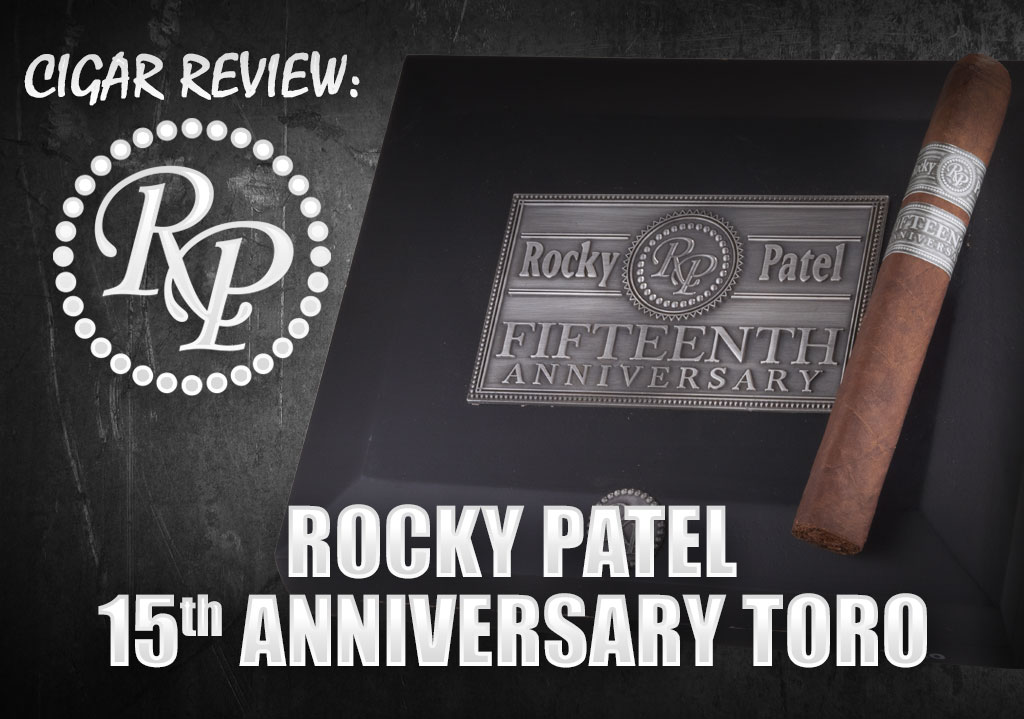 Pre-light flavor: Sweet with a nip of cocoa.

Toasting & Light: Cigar toasted and lit perfectly. First puff was especially creamy, and you could taste the base flavors immediately.

Consistency:  All of the base flavors, and a few nice surprises were present in every puff. The cigar burned “cool” from end to end and never became too strong or bitter.

General Observations: This is one of those cigars that you can look at and your gut-check will tell you, “this is gonna be good.”  I was impressed with just about every aspect of this cigar. I loved its complexity, balance of flavors, sweetness, and extraordinary aroma. There’s little more than that I can add. That said, if I had to compare it to another cigar in its class, I’d say there was only a baby’s hair of difference between it and a Padrón 1964 Anniversary Maduro Imperial.

Summary: This was actually my first Rocky Patel 15th Anniversary. I purposely brought it to Leaf, where Rocky was hosting the end of their weekend-long Anniversary celebration. I’d had it in my humidor for a while, so it was about time to set it free. When I arrived I showed it to Rocky who remarked that this particular stick was a personal favorite. I can see why now. Considering the excellence of this cigar, I was surprised to see that the box price for the Toro was well under $200. I highly recommend this masterpiece, especially for those who are beginning  to move up to more full-bodied, complex cigars. (Yes, I nubbed the hell out of it.)

Read More
Food & Drink
Most bourbons lean on the sweet side - especially Bulleit. So for this Happy Hour, we match the spicy-sweet Bulleit Bourbon Frontier Whiskey with the sweet-n-smooth Baccarat Churchill for our must-have Happy Hour cigar pairing. A creamy combo that's full of flavor - try for yourself and see!
Read More