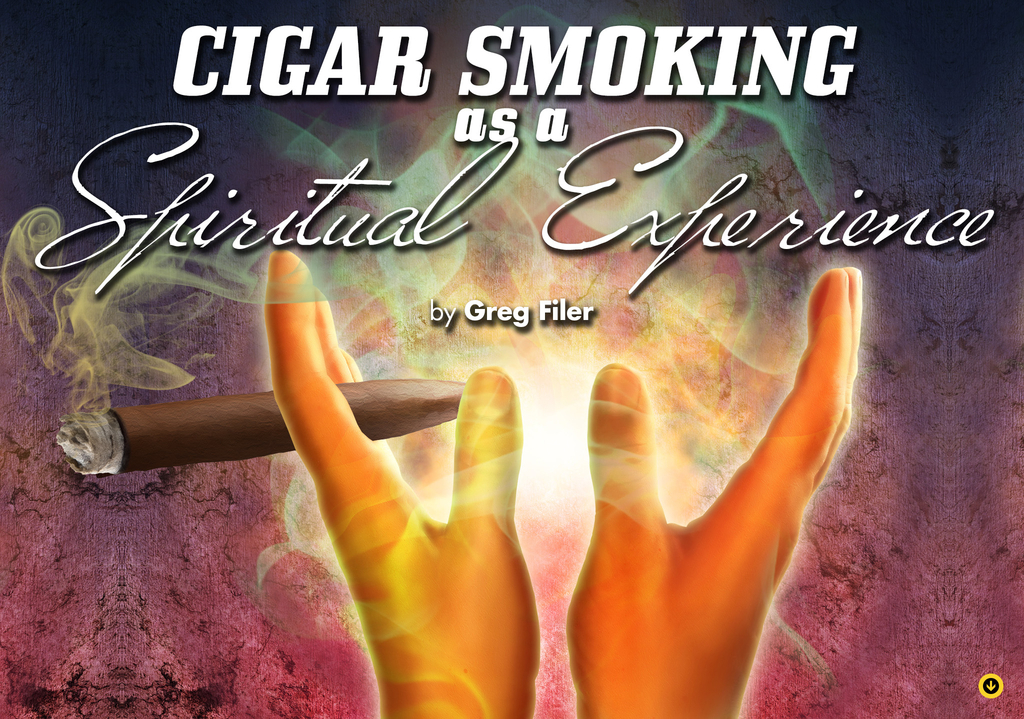 Cigar Smoking as a Spiritual Experience

There exists a long history of tobacco use in the spiritual ceremonies of many different faith traditions. In particular, many Native American tribes used a mixture of tobacco in rituals bearing spiritual significance, and some of them even developed a theology around tobacco. The Lakota people, for example, have some of the most robust theology around tobacco use. In their tradition, tobacco and the pipe are a holy gift, and smoking is a form of prayer. While this is an oversimplification of a complex and involved part of the Lakota culture, it serves to highlight the importance of tobacco as a sacrament among these groups. 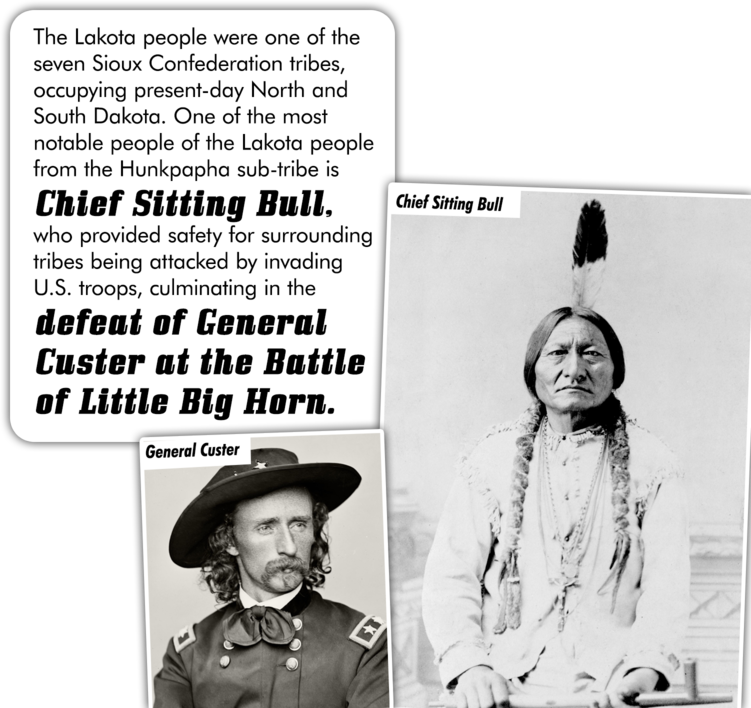 Despite that, some would argue that smoking can in no way be spiritual; this view-point is nothing short of demeaning and exclusive: demeaning towards all those traditions which value tobacco as an important part of the spirituality, and demeaning to those, even today, who find spiritual peace while smoking, whether it is cigars, pipes, or cigarettes.

Before moving too much further I should qualify some of the discussion that will follow. I write from a perspective that is influenced by an American Lutheran, Christian theology and understanding of spirituality. With that in mind, what exactly is a spiritual experience? More importantly, what is a spirit?

Putting aside any arguments for the spirit being the “little spark of good in each of us” claimed by some traditions, we can all agree that there is something that sets humanity apart from other species of animals. It is this difference that I refer to as the “spirit.” Given this definition, a spiritual experience would be anything that has an effect on this difference, whether positive or negative. The debate then turns to whether an act like cigar smoking is positive or negative experience. I am going to argue that cigar-, and to a lesser extent, pipe-smoking can elicit a positive spiritual experience

This is not an exclusive explanation, because some people genuinely don’t enjoy cigar smoking. But in addition to a positive spiritual experience, I personally derive much enjoyment, relaxation, and peace from the process of smoking a good cigar. Like any meditative practice, it can even confer some health benefits, including the lowering of stress levels and the centering of thought.

When I smoke, it is that slow change and melding of flavors on which I meditate. It is in the moment of smoking the cigar that we find ourselves; we are not in a hurry from the day’s tasks. When smoking a cigar, we are given the space and the time to just be with the cigar. This meditation drives straight down to a change on the spiritual level that I can best describe as peace, bliss, or euphoria. The only thing that makes it better is to be able to enjoy the experience with others and have conversation about the cigar, each other’s lives, and sometimes even spirituality.

Despite that, some religious circles still categorically disapprove of smoking (or having any fun for that matter, because as we all know, being religious is not supposed to be fun). This is a different understanding than that of my peers. I have had cigars with Pastors in several different Lutheran Churches as well as church leaders from Methodist and Episcopal Churches. We agree there is no reason that we shouldn’t enjoy the many things of creation. If we are able to find enjoyment and appreciation for creation by smoking a cigar, then how can that be a bad thing? It isn’t, as long as it is in the proper place. Tobacco is not a thing to be worshipped or idolized; if there is an aspect to be worshiped, it would be the Creator.

Like the Lakota tradition, we can draw strong spiritual significance from smoking. For them it was because the tobacco and the pipe were gifts, for us it is similar. When we smoke our cigars, we are remembering and raising up homage to those that came before us; our gift is every day that we have and those that we are able to spend it with. 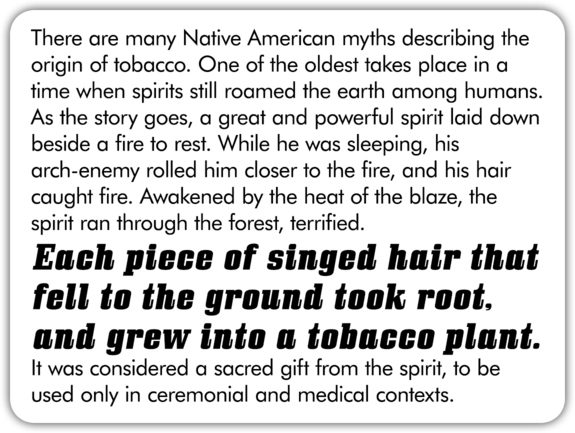 Our gift is the communities to which we belong; communities of fellow smokers who are being excluded and pushed to the edges of society because they find enjoyment from smoking their choice of tobacco products. In these communities we are able to further understand and build upon the foundations of how we are different from the rest of creation. Our spirit is strengthened by the positive influence of our communities and our mutual spiritual practices.

One of the Pastors that I have smoked cigars with continually reminds me that the experience of smoking cigars is one of the ways he praises God. After a hard day at class, our group of about five often smokes a cigar to help process the theology that was presented; more than once the instructor of the class smoked with us. It is more about building a community that cares for one another, and less about the thing we are gathering around.

Peter, one of my friends and colleagues who is currently working as a chaplain in a local hospital, has come home and been sent out to smoke by his wife. She more than once has not allowed him home until he has unwound from work by smoking a cigar. Matthew, another friend and colleague, and I have spent multiple “cigar days” preparing for the upcoming Sunday’s sermon. We just make it a habit to provide the opportunity for theology to happen and more often than not, it happens when we are enjoying a cigar.

Thanks for sharing this information, I grew up native American and Christian. I totally agree with your perspective on the spiritual side of smoking a natural tobacco. I enjoy cigars the best. You and the cigar become as one in your praise for God the creator of all things. Every thing that God has created can be either a blessing or a curse. I choose the blessings and enjoy tobacco occasionally as needed for spiritual purposes. God bless!

I enjoyed your article. I enjoy a good cigar but my favorite is smoking flavored tobacco in a hookah. I find the experence to be spiritual.

I am so happy to have found your article. I completely agree with you in that it is a moment of absolute connection with the divine. I am personally on team cigarettes but your words deeply resonated. Thank you.

Originally from the Omaha area, Greg Filer is a lifetime CRA member currently working on a Master of Arts in Systematic Theology at Luther Seminary in Saint Paul. Greg's other interests include riding motorcycles (to cigar events, when he can) and actively combating federal anti-cigar legislation.

Read More
Cigar Makers
When it comes to blending for the premiere luxury cigar brand, Eladio Diaz is focused on consistency and knowing what pleases the Davidoff smoker's palate. Come to the DR and catch the Master at work: get the how & why of making Davidoff cigars, and whether he’ll ever add Cuban tobacco to his bag of tricks. Watch now!
Read More

Hot Under the Collar