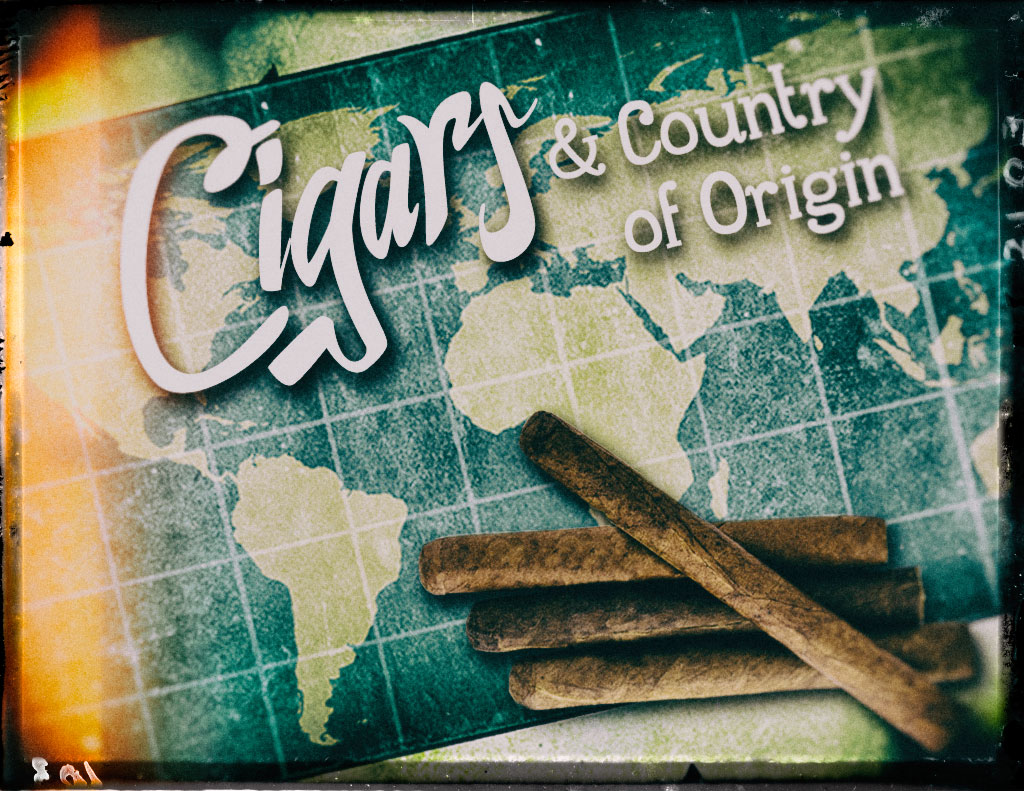 Cigars and Country of Origin

There used to be a “guideline” of sorts when it came to defining what types of cigars were produced in their respective countries of origin. For example, Dominican and Mexican-made cigars were generally considered milder in flavor, whereas Honduran and Nicaraguan cigars were considered stronger in flavor. No doubt, tobaccos grown in the latter countries, especially Nicaragua, tend to have a naturally fuller flavor, and that is one of the reasons Nicaraguan tobacco is often added to a blend to give a little more power.

Today, with manufacturers in all of the cigar-producing nations using a variety of tobaccos in many of their blends, the country of origin is not as important to cigar smokers as it once was. Ironically, Fuente Fuente Opus X cigars, which are made with an all-Dominican-grown leaf blend, are among the fullest-bodied cigars. So, it’s not necessarily the country of origin that defines a cigar’s strength, but the leaves and how they’re cured.

With regard to the “style” of a cigar, country of origin does play a role. For example, Cuban “style” cigars are typically made with Cuban-seed grown tobacco, which has its own distinctive flavor and body. And the all-Dominican leaf Opus X cited above is considered by some to be “Cuban style” – even though there’s no actual Cuban-grown tobacco in it. That’s because the soil conditions in the country where the leaf is grown has an even bigger impact on flavor – meaning that Cuban-seed tobacco grown elsewhere (like Fuente’s Dominican farms), will take on different characteristics, and the final product will taste slightly different – even though it’s the same strain of leaf. That’s opened up the flavor palate for blenders making puros. That’s the term used for cigars made with leaves all from one country, pronounced “pour-oh.” And as you would expect, there are Dominican, Honduran, and Nicaraguan puros.

Generally speaking though, these days cigar smokers tend to be less concerned with a cigar’s style or country of origin, and more concerned with quality and flavor. This is one of the reasons most cigar manufacturers use tobaccos from a variety of countries in their cigars. These countries are not limited to The DR, Honduras, Nicaragua, Mexico, Indonesia (Sumatra) and the U.S. (Connecticut Shade & Broadleaf) either; manufacturers often use tobaccos grown in Ecuador, Brazil, Colombia, Peru, and in the case of CAO’s “Italia” selection, Italy, as well. Or, take the Drew Estate “Natural” selection, which also uses tobaccos from Italy, Spain and Turkey.

Moreover, there are cigars made in Honduras with only Nicaraguan-grown leaf. Would that be a Nicaraguan puro even though it was made in Honduras? Technically speaking, yes, but that example, plus the others cited above, says that country of origin is insignificant, or at least, secondary.

In a business where Cuban puros were once the rage (and in many corners still are), it’s refreshing to know that with manufacturers using a variety of tobaccos in their cigars, cigar smokers have a virtually endless supply of taste experiences available to them.

And Gary, when Cuban tobacco becomes legal here in the US, it opens up a whole new world of cigar blends. It’s gonna happen.

And Gary, when Cuban tobacco becomes legal here in the US, it opens up a whole new world of cigar blends. It’s gonna happen.

How to Re-Hydrate Stale Cigars: Part 2

Alabao – At Your Own Risk