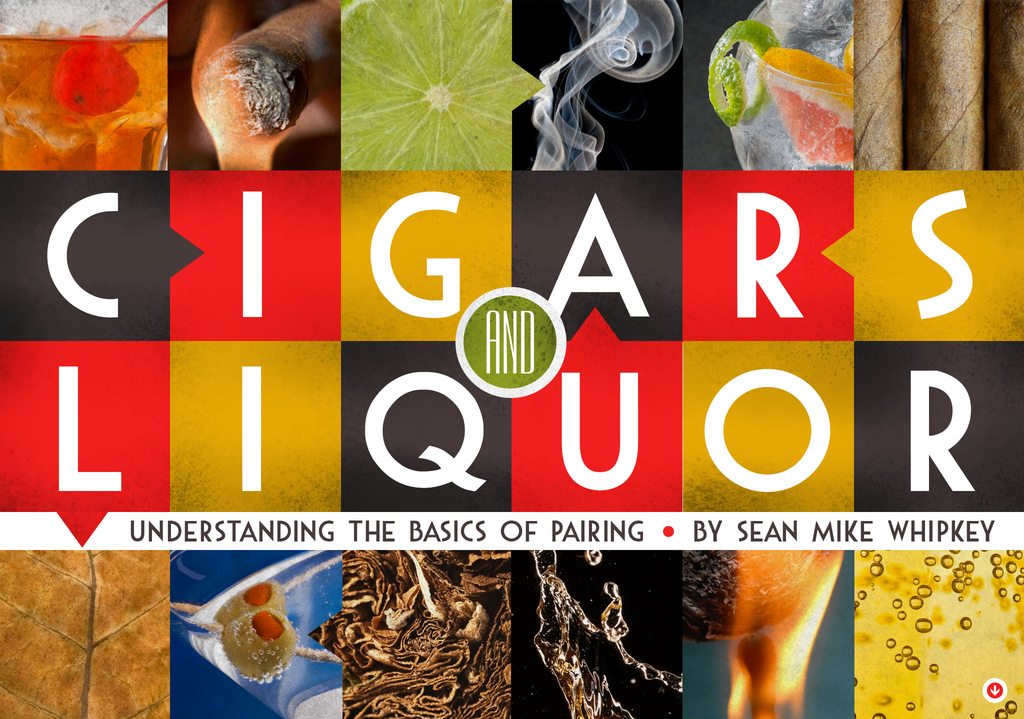 Cigars and Liquor: Understanding the Basics of Pairing

I know few people who smoke cigars regularly without something to accompany their smoke. I had a boss who preferred strong coffee. Others like beer or wine. Personally, I’m a spirits guy, and I think matching up a cigar with the right liquor can make both of them sing in ways that will make you happy all the way to your toes. In any event pairing cigars and liquor properly can create a very satisfying experience.

And by liquor, other than the first part of this article, I mean the liquor neat – no ice, no water, and no mixer. If you’d like to add one, two, or all of those things, go for it! It’s your drink, and never, ever let somebody tell you that you’re drinking it wrong. At the same time, keep in mind that it will change how you experience both your drink and the cigar.

Also remember that alcohol does numb your palate. If you’re smoking a cigar to really investigate its flavors and aromas, you may want to hold off on the booze until afterwards. Otherwise, let’s begin!

This was something I hadn’t really thought about until this summer. When it’s hot out, I love a good gin and tonic. Given gin’s aromatic nature, many have recommended against pairing G&Ts with cigars. I find, however, that they seem to refresh the palate between sips, letting your taste buds get a fresher taste of the tobacco.

If you’d like to try this paring, I suggest a light gin – something like Tanqueray 10 or Bombay Sapphire. I’d also go with a lighter tonic, such as Fever-Tree. You don’t want the gin and tonic to fight with the tobacco flavor, especially with a mild cigar. If you’re going with a stronger cigar I’d go with a more assertive New American Gin like Catoctin Creek or even a Navy Strength like Royal Dock, along with a more assertive tonic like Hansen’s.

You could also do something like this with vodka and soda. That’s a drink you’ll never hear me recommend except, err, right here, I guess. I haven’t had one in ages, since I like drinks that actually have a taste to them, but the combination of alcohol and soda water bubbles does work quite nicely as a good palate cleanser.

But let’s get to something with a bit more punch, shall we?

There’s a traditional image of the smoking lounge, gentlemen puffing on cigars while swirling snifters of Cognac, having feasted upon wild game and such. There’s a reason for that: Cognac and Port, traditional after-dinner drinks, go fantastically with cigars, especially the stronger ones.

If you didn’t know, Cognac is a region of France. All Cognacs are brandies, but not all brandy is Cognac. Amongst other distinctions, Cognac must be aged for at least two years which means that it will pick up flavors from the barrels.

While not as well-known perhaps as Cognac, there are other brandies out there that pair well post-dinner with cigars. Armagnac is another region that has its own brandy, and I’ve often found that you can buy amazing Armagnacs such as Castarede XO for much more reasonable prices than similar Cognacs.

Calvados is another brandy from France, and is distilled from apples. You can find some similar apple brandies now made in the US, such as by Clear Creek or Laird’s – just be careful of applejack, which tends to be more like a whiskey. Calvados pairs nicely with more mild cigars.

If you really want an after-dinner drink but don’t want brandy, consider aged rums. Many people don’t think of rum as a sipping beverage, but there are great rums for very inexpensive prices that pair deliciously with cigars, especially darker ones. El Dorado 12 year old is a very good introductory aged rum, and is usually available for under $40. A bit more expensive, Vizcaya is a very sweet, vanilla-y rum that can handle a strong Maduro cigar and still taste like dessert.

Another traditional pairing for cigars is Scotch. An article on pairing Scotches and cigars could be many times the length of this one, and to be honest, most of it is personal preference. Some deeply appreciate how Scotch’s smoky, peaty flavors complement a cigar, while others find that these detract from the experience.

If you are keen on pairing with Scotch (or “whisky,” as the rest of the world calls it), avoid the more heavily iodine, salty varieties, as those flavors can conflict with a cigar. Glenfiddich and Dalmore work nicely, but again, this is a personal preference. Be aware too that Scotch may overwhelm a mild cigar, just as a strong cigar may overwhelm your dram.

And as much as I love them, I can’t suggest Irish whiskeys with a cigar. They’re just too mild, unless you’re smoking something that’s very mild.

Instead, try American whiskeys. Bourbon, for instance, has a wide variety of flavors, sometimes even within the same distiller – for instance, look at the 10 different mash builds that Four Roses uses in both its blends and single barrel selections. A light, sweet bourbon like Maker’s Mark pairs well with a lighter cigar, while something more aggressive on the palate -even a rye whiskey – goes well with the stronger ones. I’m a big fan of Bulleit bourbon with a Maduro cigar, and Eagle Rare with a medium one.

“White dog,” an un-aged corn whiskey, is a fun and interesting pairing to do, since it goes back to the old days. Other grain whiskeys or lightly-aged whiskeys such as Catoctin Creek’s Mosby’s Spirit or Roundhouse Rye also work well with a cigar. I highly recommend taking these varieties in 1 oz shots; just be sure to clear you schedule, pace yourself, and have some water on hand.

If you haven’t tried Barr Hill Gin, especially the Tom Cat version, you are suffering more than you realize! If I didn’t tell you it was gin you probably wouldn’t know it. It pairs well with a lighter cigar.

SeanMike Whipkey started smoking cigars in college when he was very gravely told not to spend more than $5 on one. Since then he's learned better, even if it still pains him to spend more. As a co-founder and writer at www.scofflawsden.com he spends a lot of time thinking of the best alcoholic pairing to go with his sticks.

Reading Time: 7 minutes Gary Korb takes one more look at the Holidays with his list of top shelf cigars adorned with fancy white & gold bands. Whether it’s a last minute gift idea or a humidor-worthy primo to ring-in the New Year, you’ll find 12 of them all dressed-up and ready to smoke.