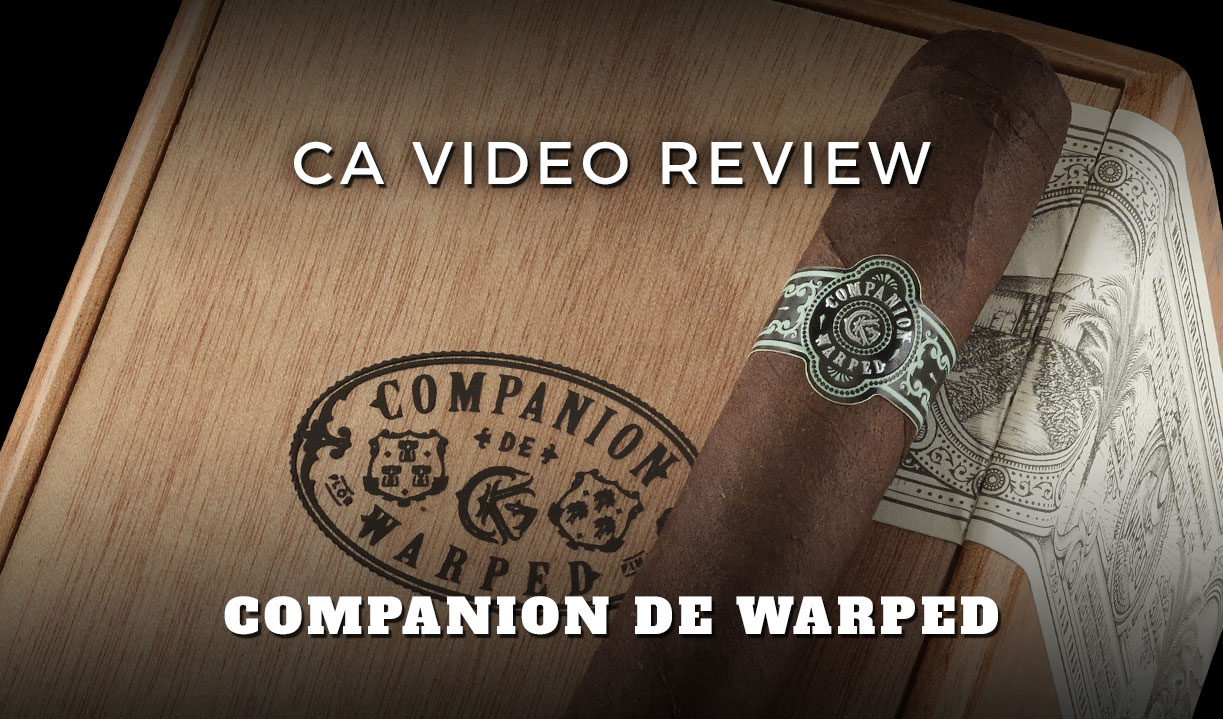 The Companion de Warped Back Story

The Companion de Warped cigar is the second blend Kyle Gellis has done with Hostos Fernandez Quesada at Tabacalera La Isla in Santiago Dominican Republic. Hostos, who is related to the renowned Quesada cigar family, also worked with Kyle on the Warped Chinchalle. Rolled in only one size—a 4½”x 48 Rothschild—Companion de Warped is a regular production cigar that features a mostly Dominican filler blend with about 20% Nicaraguan tobacco within the filler. Companion de Warped is also the second Warped cigar to use a Mexican San Andres wrapper; in this case, a Grade-1 stunner. 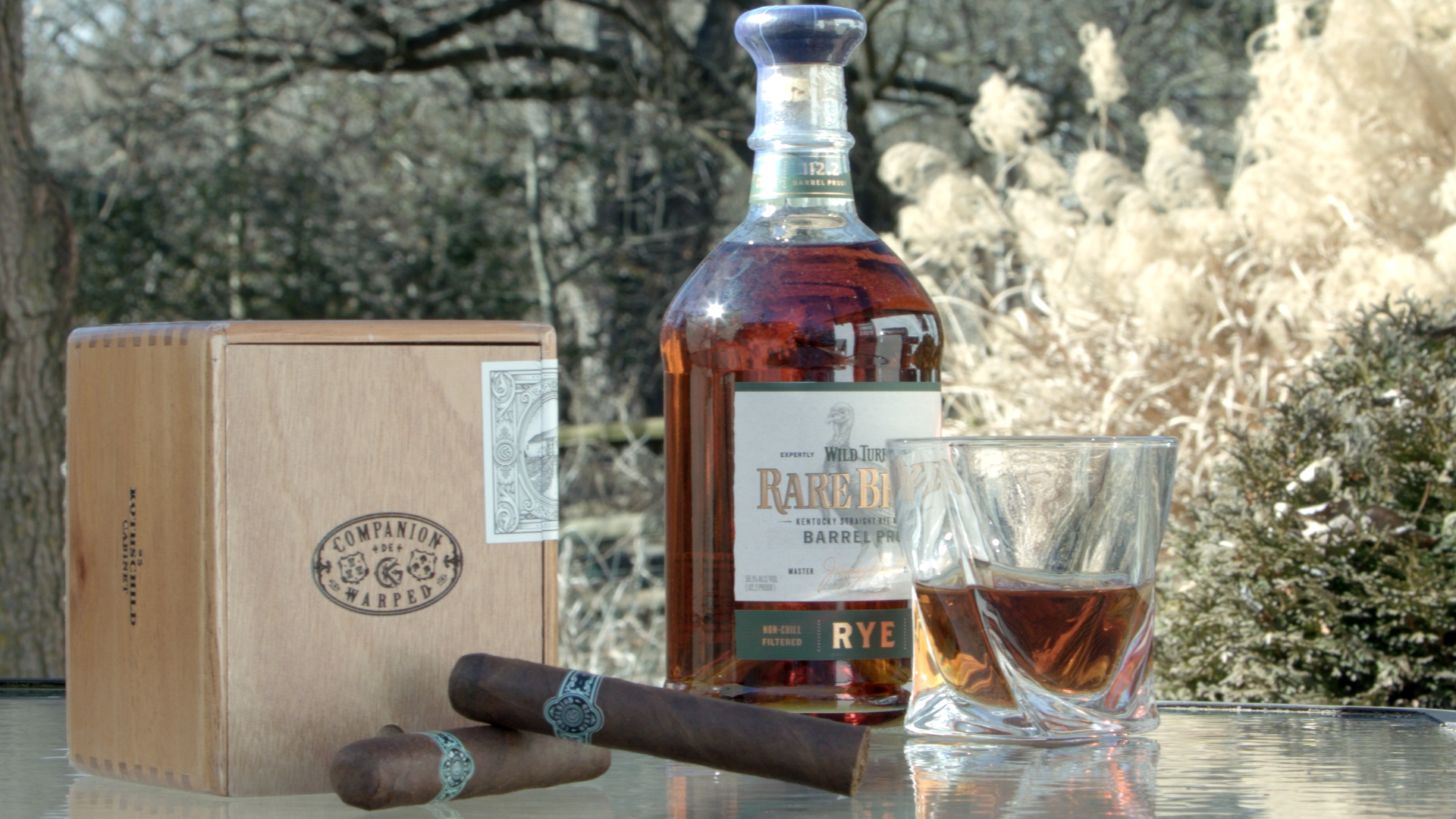 About the wrapper Gellis said: “The reason I never used it until now was that I couldn’t find the quality that stood up to Warped standards. When I was in Santiago and sourcing material for a few of our new blends, I came across this wrapper and instantly knew this was something I wanted to work with. The aroma drew me in but once I tasted it, we ordered the tobacco on the spot.” 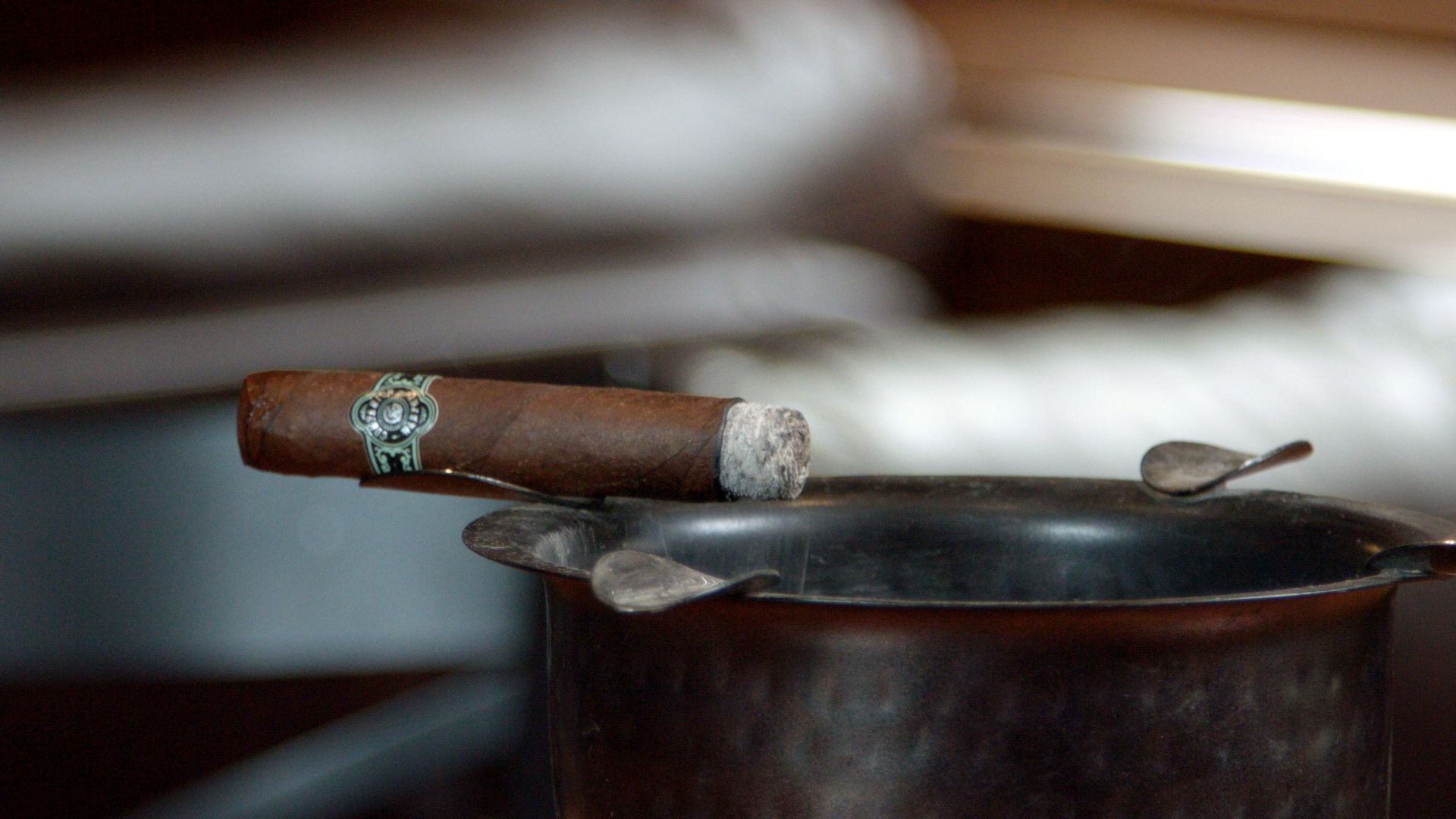 Construction: Beautiful oil glaze on the wrapper, milk chocolate brown, and exquisitely crafted. I even cut mine too short on accident and it was fine.
Draw: Perfect.
Pre-light flavor: Grass and earth.
Toasting & Light: More of the same.
Base flavors: You guessed it, lots of earth and grass. Some woody attributes, and a helping of pepper and spice.
Retrohale: Robust with a tangier structure to its flavor.
Aroma: Nutty, sweet, and warm.
Burn & Ash Quality: Stacked white ash. All the magnesium.

Summary: I hate to admit that I’m getting old…but I am – and as such, not often reaching for longer cigars anymore. Enter Companion de Warped’s pint-sized vitola: it measures a meager 4 ½ x 48, so it smokes rather quickly. And that’s music to my palate.

The good: it’s earthy. Sometimes earth gets a bad rap, and that’s because it’s kind of a catch-all flavor that some reviewers use for notes that really aren’t pleasant (damp earth or basement, must, etc.). In Companion’s case, it’s very pleasant, I’d even say refreshing. That’s because most of the earthy flavors here involve what I’d associate with lush grass. You can feel like you can almost drink it. Full disclosure, I usually don’t like these types of cigars. But this one is just different. I didn’t even need to drink anything with it. 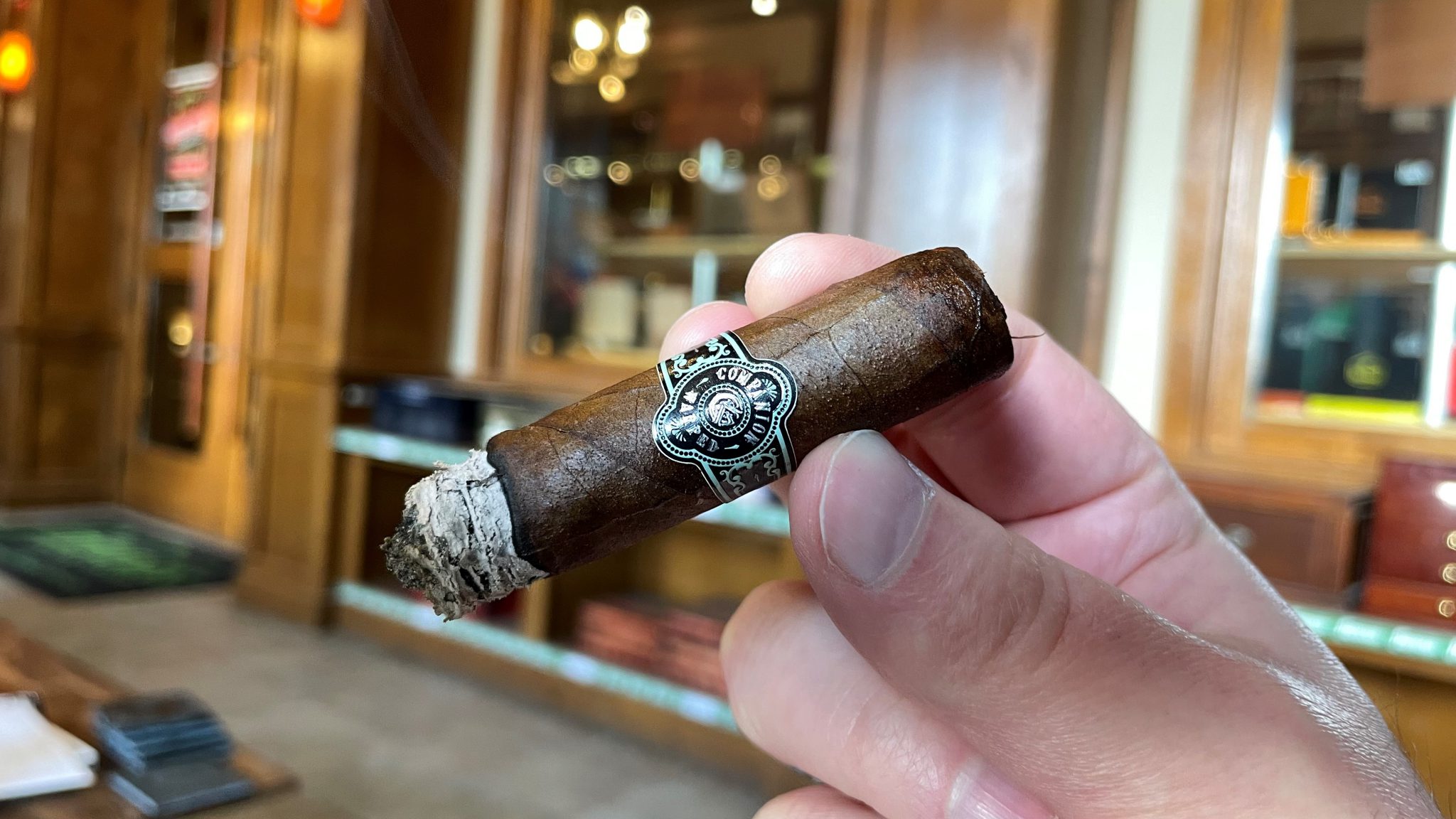 The bad: there’s very little complexity or evolution in profile, so if the above isn’t your game, you probably won’t find much that’ll sway you. And it’s a little pricey given its size.

As for flavors, there are two primaries I’ve covered, along with some woody undertones and a layer of pepper and spice. It’s pretty much this way from start to finish, slowly building a small amount of intensity that you’ll feel in your belly as it burns. From beginning to end, it goes medium to medium plus.

Whether you’re short on time, or just want something that doesn’t rake you over the coals with strength, there’s lots to love about Companion de Warped, and I’ve already ordered a box.

Summary: Opening with an earthy-spicy mix, the Companion de Warped revealed a darker blend than some of the others I’ve smoked. The heaviest peppery-spice exits at about the half inch mark for a medium-bodied start with a mostly dry finish. Once the cigar settles-in an oaky flavor arrives, while a sliver of sweetness winds its way through the earthy-spicy core.

A brief hint of cocoa arrived at the midsection as the smoke culminated in a mix of pepper, oak, and cocoa with a medium-plus body. In the final act, the sweetness began surrendering to the earth and peppery spice. I smoked it down to an inch and that was all she wrote. 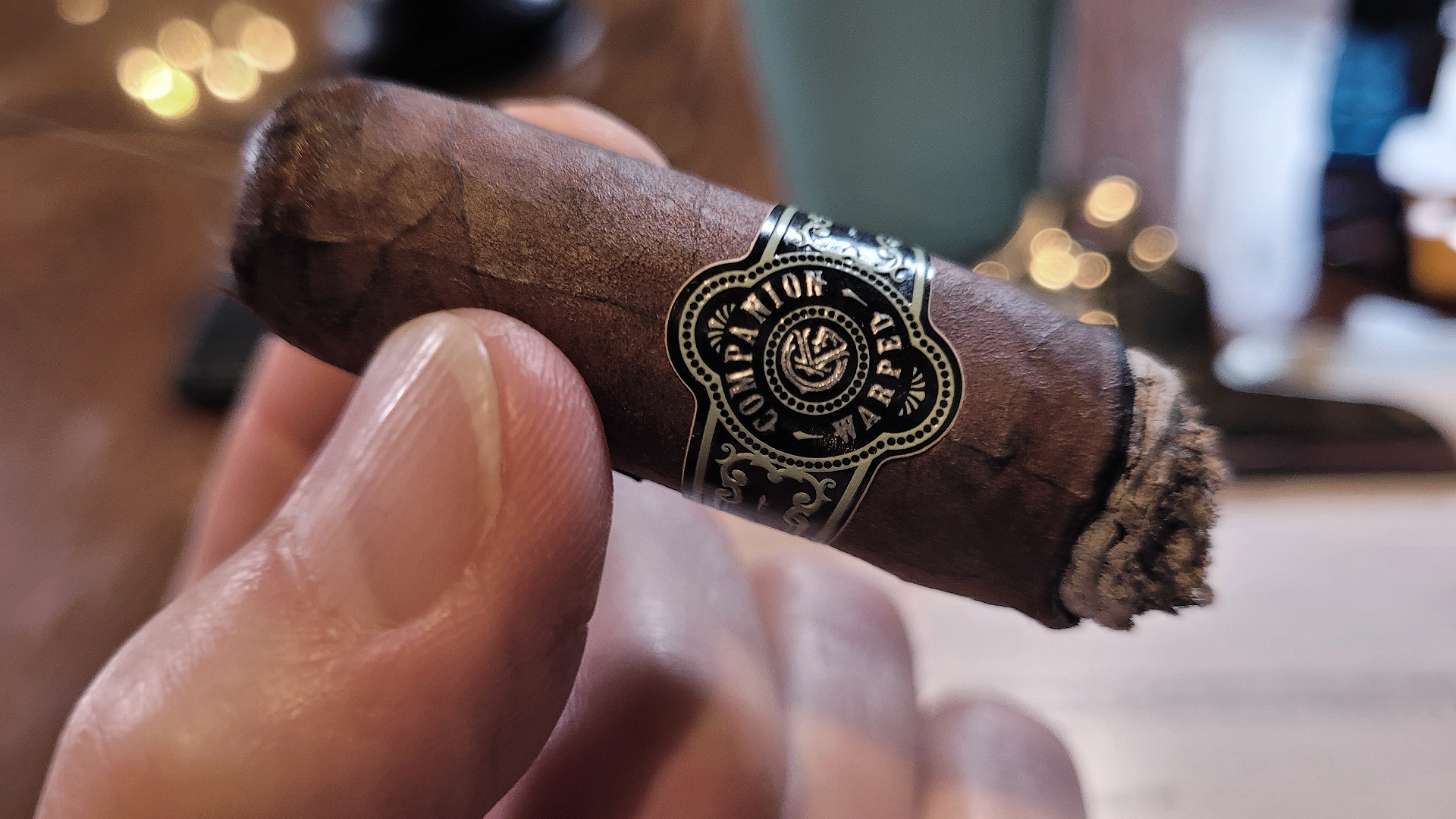 Starting with Mexican San Andrés maduro wrapper, I thought this one was superb. It has just enough sweetness to cut through the earthy-peppery core flavors, but it’s the latter that provides most of the story here.

I also have to give the Companion an A+ for construction, smoothness, balance, burn, and smoke output. Moreover, by taking smaller puffs I was able to pull out some additional nuances of nutmeg and cocoa. And although the cigar was a little too peppery for my usual taste, I found it curiously intriguing and didn’t want to put it down. This cigar could be a “grower;” in other words, if I had the chance to smoke another Companion de Warped, I would definitely take it. If cigars with a spicy edge and a medium-full in body appeal to you, add the Companion de Warped to your list.

Summary: Warped has been one of the most consistent and enthusiastically received boutique cigar brands in recent years. Their creative blends are noted for their subtlety, complexity, dazzling flavor profiles, and overall craftsmanship. It was against this backdrop that I looked forward to smoking the Companion de Warped.

Companion starts off with subtle black pepper notes before some generic sweetness settles in. I couldn’t quite put my finger on the sweetness; it wasn’t milk chocolate or raisins and the closest thing I could think of was buttery caramel. The profile progresses and includes earthiness, and baking spices in the form of nutmeg and cinnamon. There was a common element we all detected that was kind of like a dewy minerality. The best way I could describe it is like a wet rock—like I used to skip across rivers or lakes when I was a kid. 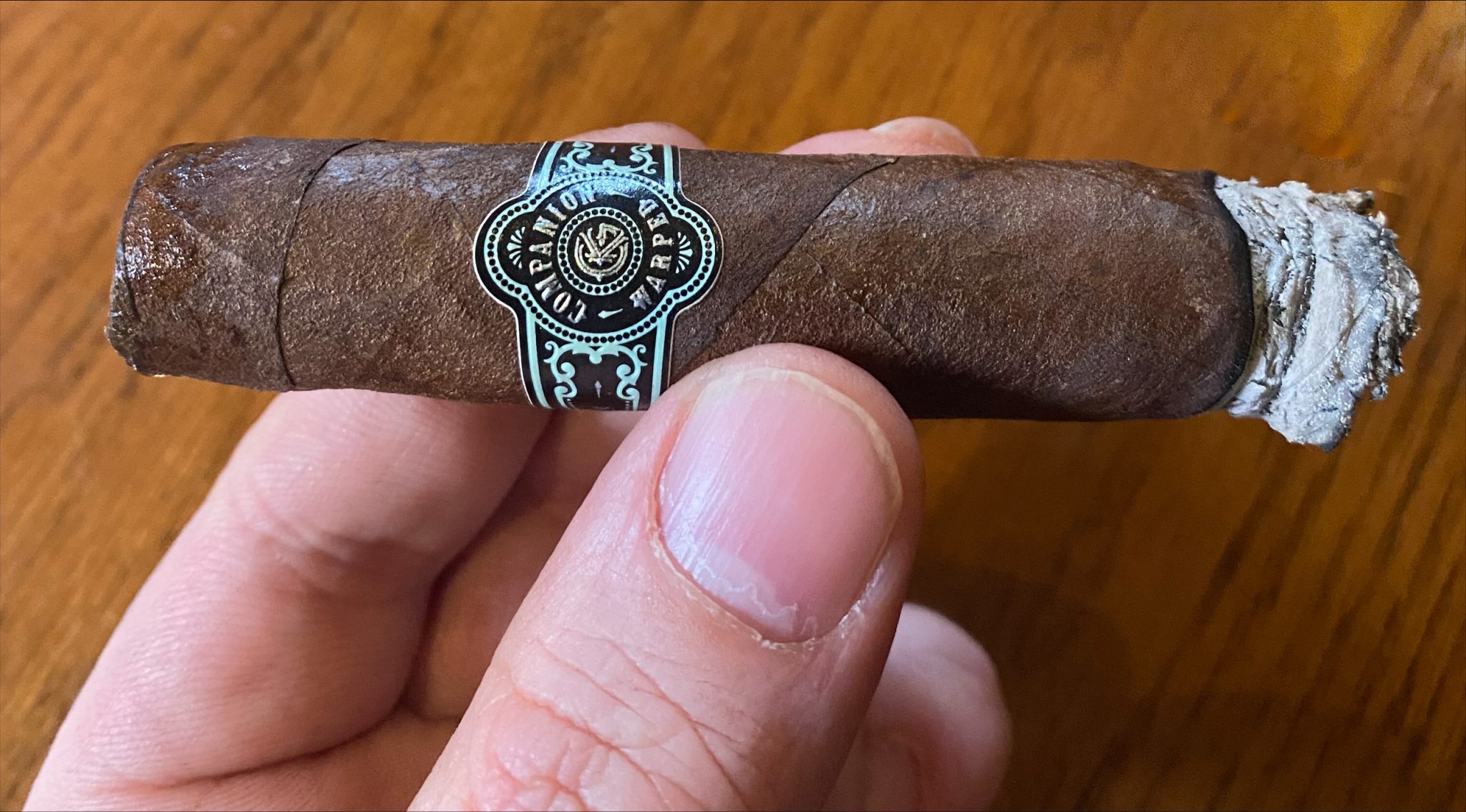 The other thing I have to mention is that you need to take your time with the Companion. Although it’s a rather diminutive 4½ x 48 vitola, it isn’t a quickie, smoke break cigar. If you puff on this blend like a locomotive, then the cigar will burn hot and could potentially turn bitter.

In the end, I liken the Companion de Warped to a burger, but not just any burger. There’s a difference between a burger made by a Michelin starred chef and one by a fast-casual chef. And while both taste great, there’s a definite difference. Companion is like the gourmet burger in that it uses only the best ingredients and is crafted with special care and attention to detail. So, while I’ll eat 5 Guys 5 days a week, sometimes I want something with a little more. That’s where this cigar fits, a boutique for non-boutique guys and definitely not a daily driver. Rather, this is a cigar that you’ll want to take your time with and savor—and when you do, you’ll extract maximum enjoyment from this Companion de Warped.

Construction: Nice petite size. San Andres wrapper is chocolate brown with a touch of oil and tooth. Cigar is firmly rolled, with little to no give.
Draw: Open, but not loose – there is a bit of resistance. Smoke is silky, and has some body.
Pre-light flavor: Taste has hay, cocoa and earth; smell is leathery.
Toasting & Light: Bitter earth – it’s like stone dust. The edginess, once it comes off, is replaced with a mellow sweetness.
Base flavors: Earth, Starbucks coffee, oak and vanilla sweetness.
Retrohale: Charred oak and leather.
Aroma: Warm.
Burn & Ash Quality: Light grey/almost white ash holds firm and stacks neatly.

Summary: If someone said, “Make a Nicaraguan cigar but do it with as little Nicaraguan tobacco as possible,” this is probably what they’d do. Progression of flavors begins with a bitey start; at 1/3, Companion de Warped adds a vanilla/honey sweetness. By halfway it lines up pretty close with the retrohale, then comes a not-unpleasant bitterness (think anise or vanilla). The last part has some exotically spicy qualities, and they hang on for quite a long finish. 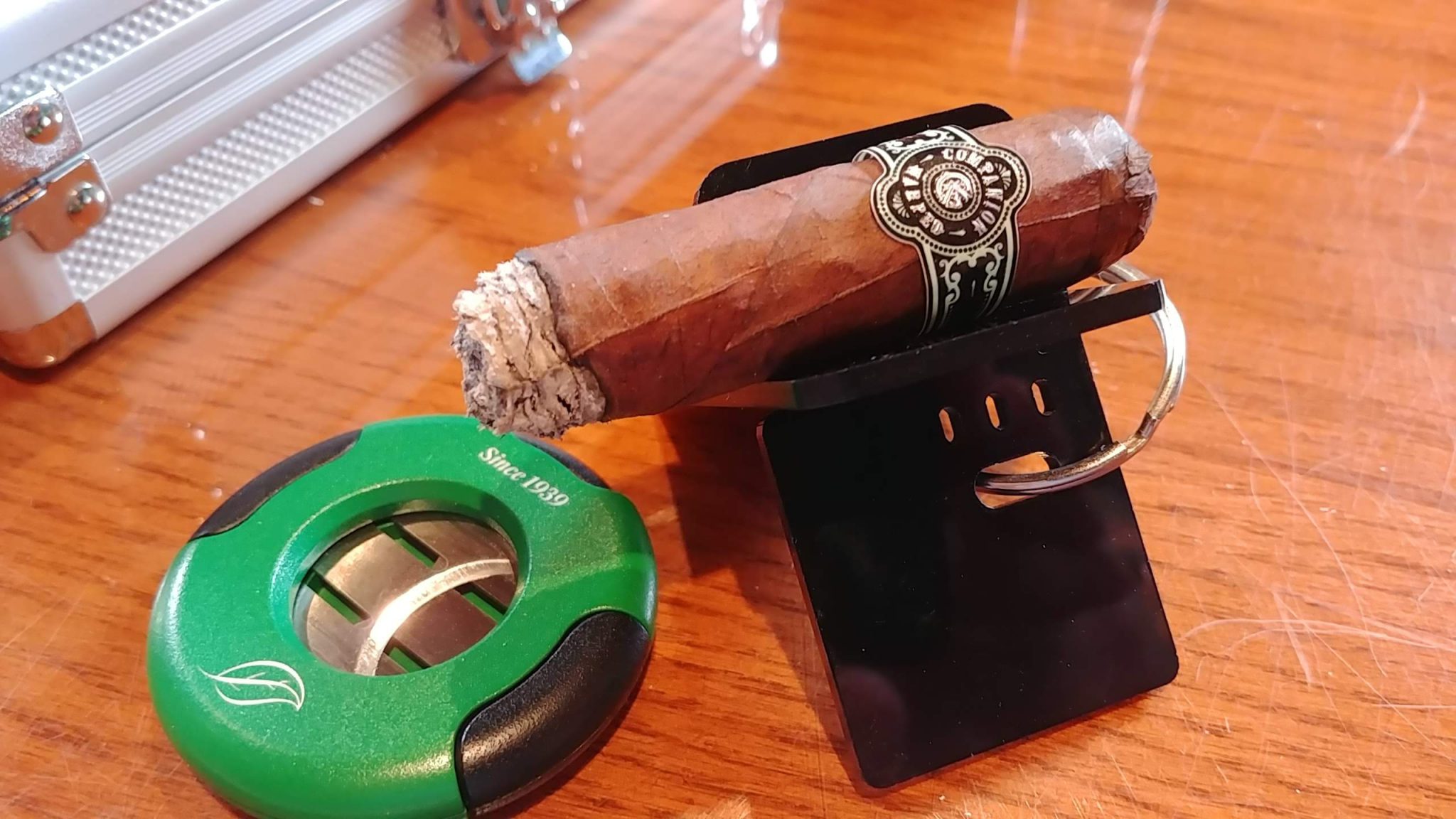 Warped fans will, of course, get the most out of Companion de Warped – actually, anybody with a taste for boutiques will probably appreciate this more than the casual daily smoker might. But then again, this isn’t an everyday profile: even though you could eat exotic food every day, would you? That’s why this is a unique mix that is, to me, more meant to be savored.

And that’s really what unlocks Companion de Warped’s potential: patience. Don’t let the small size fool you: it’s punchy in its own way, and is definitely not forgiving to those of us who are used to taking big, deep smoke rips off 60-ringers. This Warped is full of dark, lingering flavors, much more than you might expect from a (comparatively) small smoke. So why rush?

Reading Time: 8 minutes There are lots of great cigar lighters to choose – but with so many different features and a wide range of price ranges, which is the best one for you? Get the low-down on the highlights of these 10 affordably-priced lighters, and see…