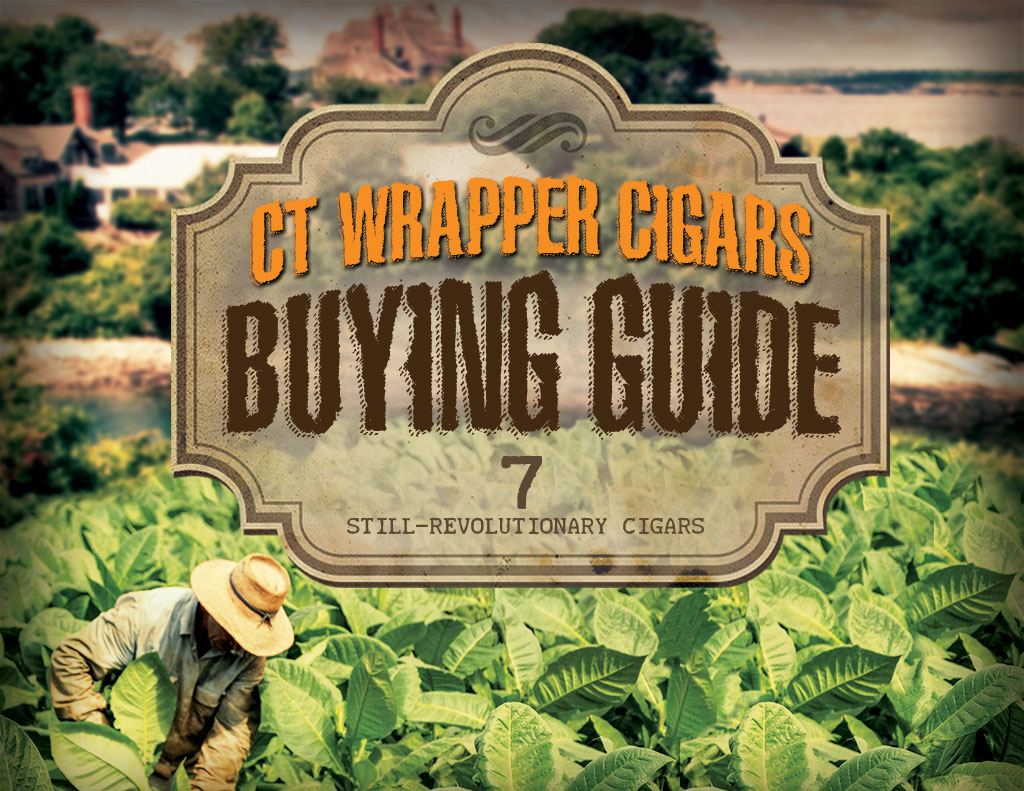 Connecticut-seed wrapper is arguably the most commonly used leaf for premium cigars and comes mostly in two varieties. The “U.S. Connecticut Shade” variety is grown in the Windsor valley along the Connecticut River under tapados – large cheesecloth tents that prevent the sun from darkening and thickening the leaves. The “Ecuadorian Connecticut” variety is grown in Ecuador, where an ever-present cloud cover acts as a natural shade tent.

U.S. Connecticut is delicately thin, yet very pliable. When cured right, it has a golden brown color, very few veins, and is silky to the touch. The flavor is mild and subtly spicy with sweet, floral notes on the finish. The Ecuadorian-grown variety is usually a little darker in hue, has fewer veins, and offers a slightly richer flavor. However, both varieties have excellent burn properties, and when lit expose a fine, grey-white ash.

Wrapper attributes that make a difference in flavor

Cigars are sorted in the factory by color. The reason for this is so when you open the box there is a consistency to each cigar’s wrapper color, making the cigars more appealing to the consumer’s eye. Additionally, if the wrapper is darker, thicker, or has more noticeable seams, the cigar will be somewhat stronger in flavor.

The Connecticut wrapper cigars featured in this lineup are a good illustration of how the flavor of each cigar can be enhanced by using such a unique leaf. All of these are “natural” Connecticut cigars, yet due to their filler & binder blends, present an impressive array of flavors and strength profiles. Here’s a quick tasting note on each:

Nicaraguan tobaccos meld with an Ecuadorian Connecticut wrapper for a rich, yet mellow smoke.

A classic! A lush Connecticut shade wrapper surrounds an all-Dominican leaf core  for a luxuriously smooth and creamy smoke.

The sandy soil of the Connecticut River Valley is very similar to the soil in the Vuelta Abajo region of Cuba. The growing temperature is also similar to that found in Cuba during the winter growing season when fine tobacco is produced. 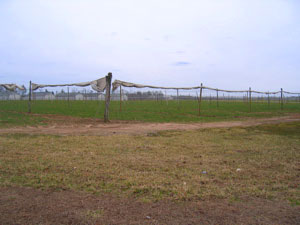 Valley farmers have been growing tobacco for binder and wrapper leaves since the early 1800’s from varieties of “Shoestring,” then Broadleaf, and Havana Seed. In the late 1800’s a fine grained leaf imported from Sumatra began to replace wrapper from the valley.

In the early 1900’s Joseph Cullman Jr. created the Connecticut Shade variety from the Hazelwood strain of Cuban tobacco crossed with Sumatran seed tobacco varieties. As in the reference above to tapados which protect the leaves from direct sunlight, the idea was to duplicate the perpetually cloudy skies found in Sumatra. (This is one of the reasons Connecticut-seed leaf is grown so successfully in Ecuador.)

Short-yet-beefy Connecticut wrapper cigars with a Nicaraguan core; together, they render a smooth, medium-bodied smoke laced with complex woody and toasty flavors.

Robust Nicaraguan longfillers swathed in a perfectly-aged Connecticut wrapper make for a full-flavored and complex smoke.

A golden Ecuadorian wrapper, plus a Nicaraguan/Honduran leaf blend offer a creamy, toasty and earthy smoke with a sweet aroma.

Connecticut wrappers and not one mention of the Rocky Patel vintage 1999? I’m embarrassed for you.

Good call, and you’re correct. Due to stock issues, we substituted it with the Rocky Patel American Market Selection, which if you haven’t smoked, I suggest you try and see how similar it is to the RP Vintage 1999. One of my personal favorites, too, and I’ve never had a bad one. Thanks Mike.

Connecticut wrappers and not one mention of the Rocky Patel vintage 1999? I’m embarrassed for you.

Good call, and you’re correct. Due to stock issues, we substituted it with the Rocky Patel American Market Selection, which if you haven’t smoked, I suggest you try and see how similar it is to the RP Vintage 1999. One of my personal favorites, too, and I’ve never had a bad one. Thanks Mike.

Good write-up. I live in the middle of the CT tobacco farming area, and we are very proud of the CT Shade wrapper. My excuse for buying boxes of CT Shade cigars is to stimulate the local economy. They just planted this year’s crop — it is a joy to watch it grow and be harvested.

Reading Time: 6 minutes Brazil has become a go-to tobacco for blends, especially when it comes to their zesty Maduros. Find out what makes Brazilian wrapper special, see a snapshot of their history, and see our picks for the best Brazilian cigars in show!

How to Clean your Cigar Cutter

Hot under the collar