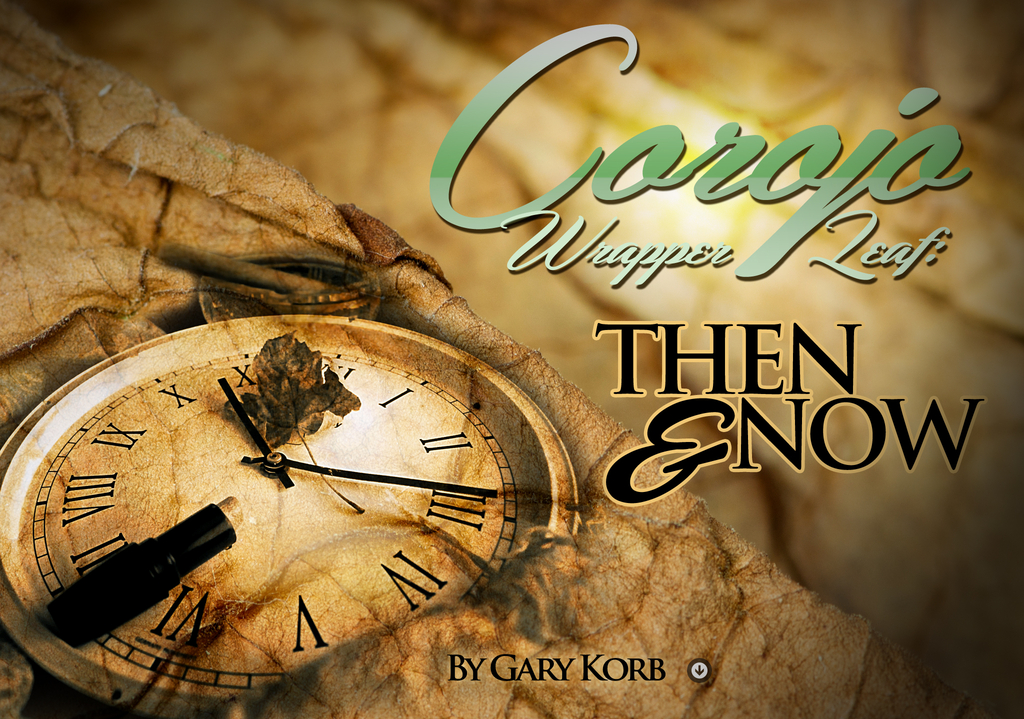 With the myriad variety of wrapper leaves available for premium handmade cigars these days, there’s one leaf to which tobacco growers, blenders and cigar smokers alike have been drawn: Corojo. One reason for this is Corojo is the famed leaf of Cuba’s finest cigars made between the 1930’s and the 1990’s.

Sought for its robust flavor and complexity, the Corojo leaf was developed during the 1930’s by Diego Rodriguez in Cuba’s famed Vuelta Abajo tobacco-growing region. Using selective breeding, Rodriguez created the Corojo seed from the Criollo seed. The leaf’s name comes from the Santa Ines del Corojo Vega, a.k.a. the “El Corojo” plantation, not far from the town of San Luis y Martinez in Pinar del Rio. The farm got its El Corojo name and logo from a palm tree that Rodriguez found growing on the plantation. This palm tree is clearly illustrated on boxes of HC Cigars which are blended by Jesus Fuego.

Rodriguez’s goal was to produce a superior-quality wrapper for making Cuban cigars, but it didn’t happen overnight; Rodriguez had been working the farm since the early 1920’s. Rodriguez matured his Corojo plants under shade, as Connecticut leaf wrapper is, using a tapado or cheesecloth tent that filters the light and heat of the blistering Cuban sun. The result was a plant that produced eight to nine pairs of leaves with very fine veins and ripened to a dark brown, uniform color. Ultimately favored for its distinctively sweet/spicy/peppery character and remarkable smoothness, from the 1930’s through the 1990’s Señor Rodriguez’s Corojo wrapper was used exclusively on all Cuban cigars. 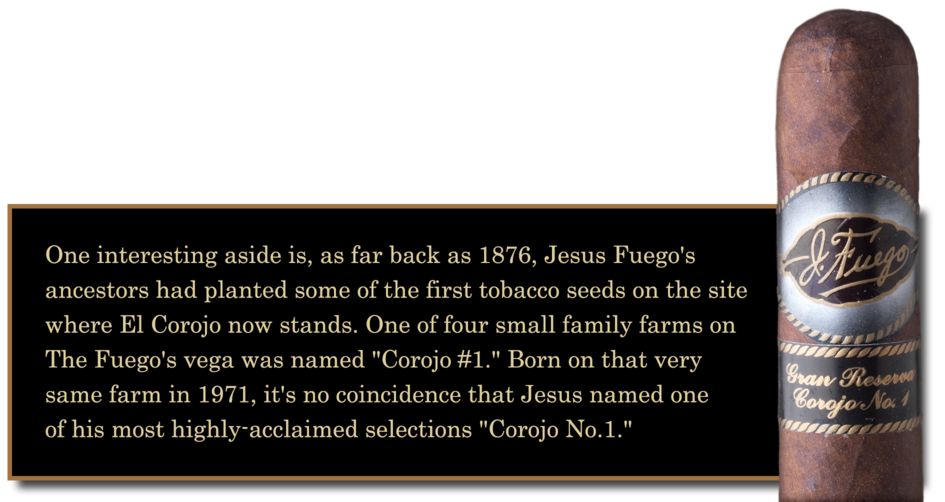 As ideal as Corojo was for making Cuban cigars, the leaf was so delicate that it was susceptible to the dreaded Blue mold and Black shank, among other devastating tobacco diseases. By the 1990’s the Cubans had all but ceased growing both Corojo and Criollo leaf. The seeds for these tobaccos were replaced by crossbred seeds that were resistant to disease. By comparison, the color, elasticity, flavor, and aroma of these new breeds was every bit as good for use as top-grade wrapper.

The first of these new hybrid seeds was Habana 2000. Popular during the 1990’s, it was a crossbreed of authentic Corojo seed and Bell 61-10, used for making Cuban cigarettes. Though it is still used in some cigars, due to fermentation issues and burn problems, Habana 2K eventually faded into the mist.

Following Habana 2K were Criollo ’98 and Corojo ’99. Allegedly hybrids of Cuban and Connecticut seeds, these wrappers have been much more successful.

One of the Central America’s largest suppliers of tobacco, Plasencia, grows the hybrid strains of Corojo and Criollo leaf on their plantations in Honduras and Nicaragua. Nestor Plasencia, Jr. uses this tobacco in his Plasencia Reserva Organica cigars. Since the tobaccos are organically-grown, no chemicals or pesticides can be used on the plants. As a result, Nestor has to use seeds that are disease resistant. Hybrid Corojo is not only highly resistant to Black Shank, it also yields a darker and sweeter tasting leaf. Used mainly for wrapper, in some cases hybrid Corojo is also used as filler, which adds a little extra zing to the blend.

Other manufacturers that have used Corojo and Criollo to create some of the world’s most highly-rated cigars are La Aurora, CAO, and Alec Bradley Cigars, to name but a few.

Perhaps the most recognized grower of “authentic” Cuban-seed Corojo and Criollo tobaccos is Camacho Cigars, who have been using it since the 1960’s. Grown by the Eiroa family in the Jamastran Valley of Honduras where the soil and climate are ideal for growing these tobaccos, their first Corojo seeds were acquired directly from Diego Rodriguez’s grandson, Daniel. As a result, Camacho cigars are as close to smoking a classic, pre-embargo Cuban cigar as it gets. Though their Corojo leaf is also susceptible to disease, the company maintains that the seed has adapted well to the fertile soil of the JamastranValley resulting in a tobacco leaf that’s naturally robust and full-bodied.

Though he and his family left after Castro nationalized the cigar industry, today Diego Rodriguez’s El Corojo plantation continues to produce tobacco for Cuban Cigars. In a 1995 interview, Diego’s granddaughter, Adelaida Perez Fuentes said, “When my family left Cuba in 1960, we took the memories of El Corojo with us.” “The government took everything from us. What were we to do?”

How to Ash Your Cigar