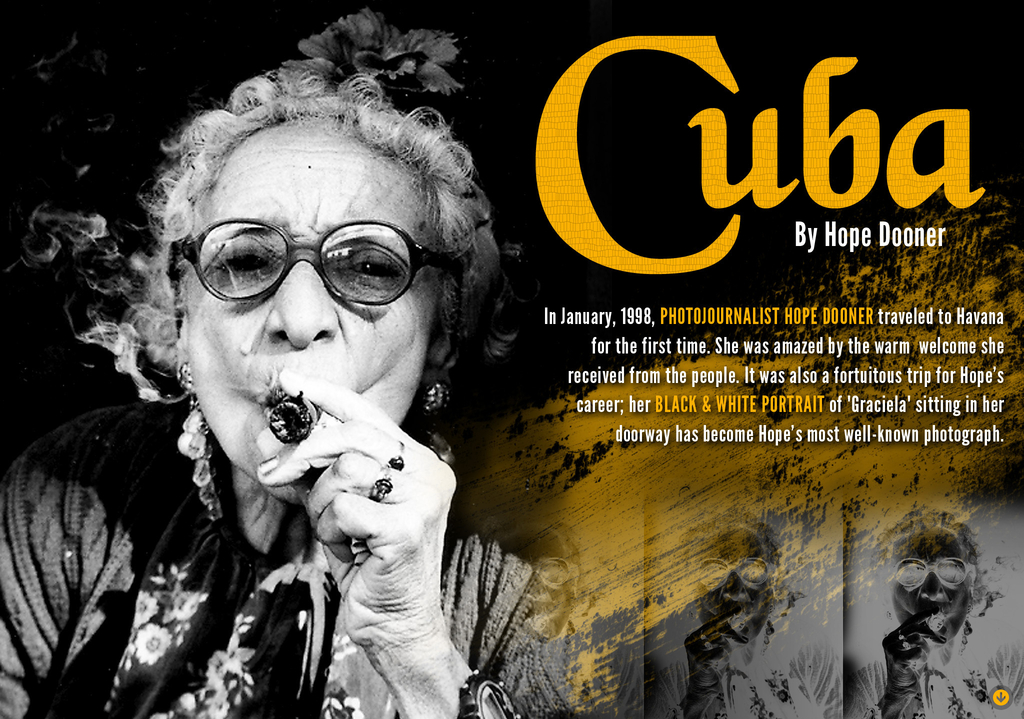 Ivan introduced himself while puffing on this enormous cigar.

I noticed Irene from across the alley when her smile caught my eye. She seemed so kind and peaceful; her face glowed. She welcomed me to Havana and told me her name.

Theodore was my bicycle taxi driver. I like the way the taxi’s mirror frames Theodore and his hip-looking sunglasses.

William was one of the happiest people I met in Havana. He was carrying a huge sack in one hand and boxes in the other.

Hope Dooner gets a freindly hug from one of her Cuban Subjects. 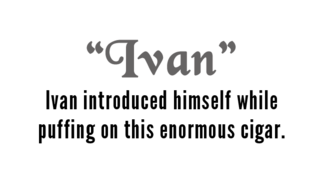 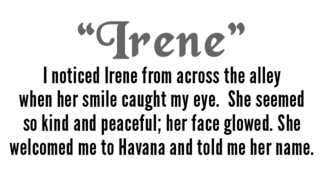 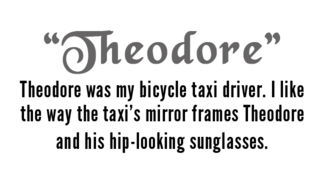 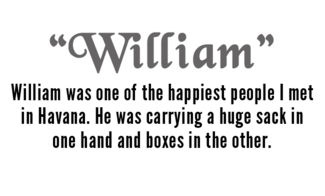 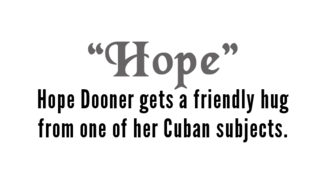 This lady seemed so content as she greeted passers-by, while sitting on some well-worn steps.

This red taxi is a great example of how the Cubans keep their cars. American cars from the 1940’s and 50’s are passed from one generation to the next, and rarely sold. Since no American cars or parts have been available to Cubans since the embargo, they have adapted household items to fix these vintage cars. One man was proud to tell me that he had dishwasher parts in his car! 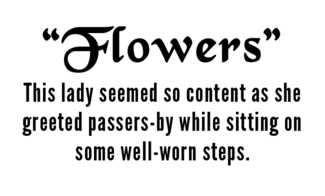 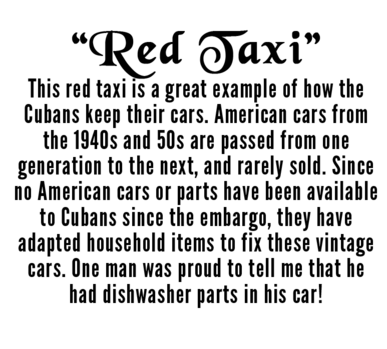 This alley as such a treat. I love the colorful doors and the sunlight bouncing off the buildings.

From my hotel, I had a view of a busy street. I quickly grabbed my camera to get the car in motion. 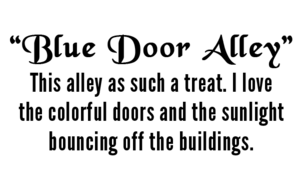 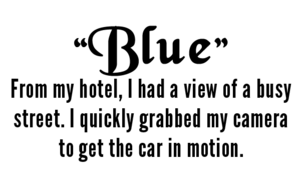 Even though the paint is chipping and the building is in disrepair, the arches recall the elegance of Havana’s past.

I snapped this image while looking out of my hotel window. I especially liked the man’s arm resting on the window. 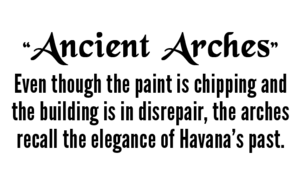 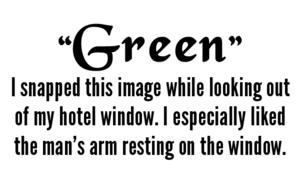 Hope returned to Havana in January 2012, and upon her arrival, she discovered that her most famous subject, “Graciela,” was still sitting in her doorway. Her eye for subjects and detail is evident as Hope takes you on a virtual tour of this stunning, yet sadly impoverished city that was once called “the Las Vegas” of the Caribbean.

This essay includes striking images of Havana life captured in both of Hope’s visits. What is perhaps the most fascinating aspect about these photographs is, although many of them are separated by 14 years, it’s evident that little, if anything, in Havana has changed.

Reading Time: 5 minutes The role of Internet sellers in the cigar industry has been misrepresented – and that must end. An Open Letter to the Premium Cigar Industry from Arthur Zaretsky, Famous Smoke Shop President and CEO.