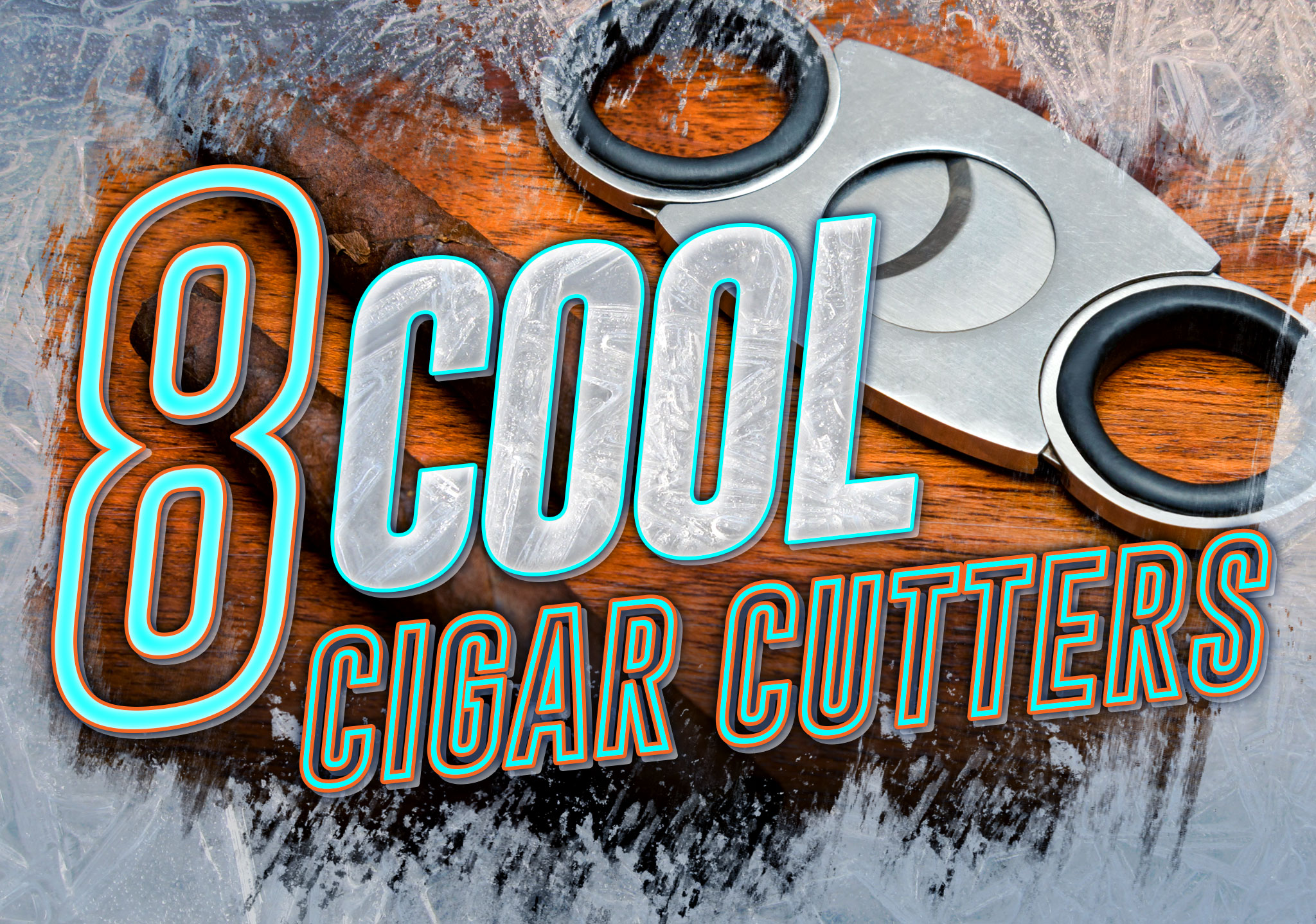 Eight Cool Cigar Cutters Too Good for Your Pocket

What’s that old saying about “form over function?” Forget it – cigar smokers know that a cutter ain’t worth nothing if it doesn’t clip dead-nuts. So we found these…eight cigar cutters that aren’t just attention-getters, they’re cutters that look so sharp, they could probably charm the cap off your cigar without touching it. But as we all know, good looks only get you so far in life; and these 8 tools deliver the goods cleanly when it comes to clipping a cigar. So we present, in no particular order, 8 cool looking cigar cutters… 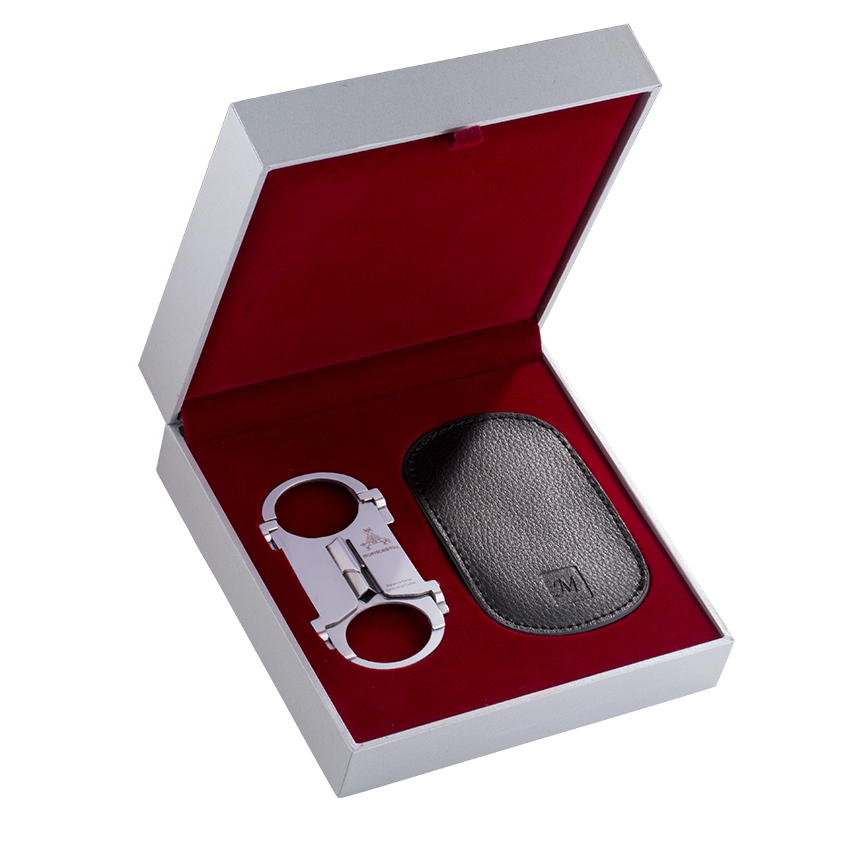 This delightful little overachiever has 2 things going for it: cuts up to 60 ring gauge cigars, and it’s crafted of Japanese stainless steel so you can go bushido on your smokes, and scream “banzai” while you do the deed. Cool looking because of its minimalist design, we’re suckers for the v-cut –and this one notches like a warrior.

A three-way tie? Hells yeah. Xikar has a slick range of cutter candy within the Xi3 line – each walking with more swagger than the next. Let’s start with the Xi3 Pave Linear, which screams “opulence” through a CZ-studded bullhorn. But can you put a price on luxury? Yup: about $450. Then there’s the Fossil Xi3: carved of 10,000 year-old mammoth tusk ivory by a salty scrimshaw-ist named Hutch, the prehistoric awesomeness of this cutter’s material is rivaled only by its obvious scarcity. Lastly, observe the 3D Mayan…sanctioned by the gods, Xikar channels the stylish-yet-ruthless ancestors of cigar smoking to make a cool looking cigar cutter you’d be proud to use, even as you prepare to sacrificially throw virgins into a volcano. Badass.

[Ed. Note: The Xikar Xi3 Pave Linear Cigar Cutter is no longer in stock at Famous Smoke Shop; click the image to view other Xikar cigar cutters and accessory options.] 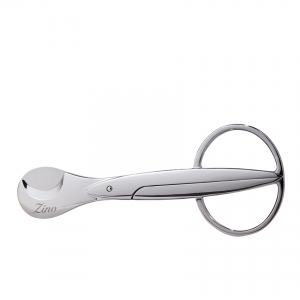 Sometime the best design is the simplest design. And while so many other cigar scissors work about as well as tin snips, these cigar snips boast extra large blades forged from first-class stainless steel – dispatching the caps of cigars up to +/- 58 RG. Timeless design makes us call this rakish gent cool, and it comes with a carrying case – which, knowing the Davidoff people, probably uses leather hailing from an exotic and obscure part of the cow. 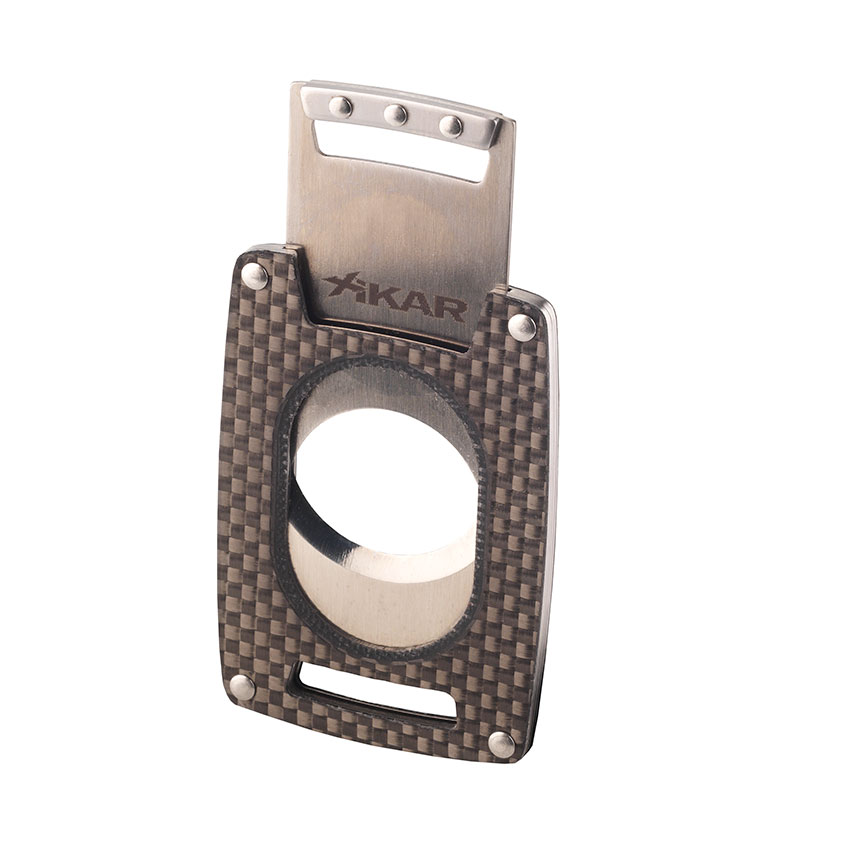 If you decide not to wear it around your neck, then it probably belongs in the glovebox of a Murcielago. No one uses them for gloves, anyway. Dressed to kill in a carbon fiber-styled housing, the Ultra Slim actually is high-performance – nipping 64 ring smokes with ease, while only as thin as my AmEx, Visa and Bob’s Clam Hut Frequent Visitor cards stacked together. Bonus: fits in your wallet, without leaving a tell-tale ring like other things you keep in there.

[Ed. Note: The Xikar Ultra Slim Cigar Cutter is no longer in stock at Famous Smoke Shop; click the image to view other Xikar cigar cutters and accessory options.] 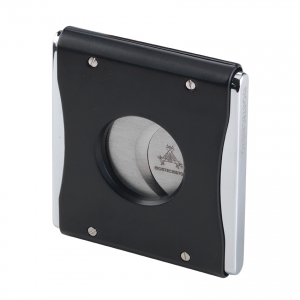 Montecristo is back with another one of their nicest cigar cutters – so nice, one of us (me) inadvertently used it to try to sever a digit. Seriously. I cut the shit out of my finger with this cutter because it squeezes together, as opposed to operating with a hinge action. Now that I know this – combined with my awareness of tourniquet methods and first aid – this looker from Monte has been cutting cigars like a boss, and my remaining extremities are intact and fully functional. Very cool. 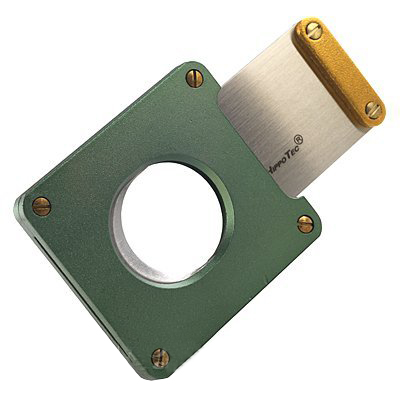 Gold medal winner for “in your pocket for wicked short coin.” Even though it’s green. Which is fine: matches claro wrapper cigars, blends with camouflage, and is the color of money – which this cool cutter doesn’t cost much of. Place your cigar against the fixed blade, then slide the guillotine for a clean cut. At a mere 1 ¾” square, it pockets nicely – but looks too spiffy to keep hidden. 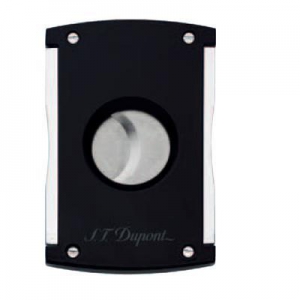 Consider this: if S.T. Dupont’s lighters are hand-assembled by workers using around 70 parts over a period of months, we can only imagine there must be a room full of blade-sharpening gnomes who toil for hours at a time making these cool cigar cutters. Operating with a spring-loaded, squeezing action like the Montecristo MSW-1 (see “bloodshed” above), this swank little devil is best for handling smaller cigars – say, under 52 RG.

Let’s just call it like it is: Xikar rules the cigar cutter world because (a) they are ridiculously sharp and (b) team up with all the right people to make incredible designs, elevating the teardrop cutter to near-legend status. The right people, in this case, is Room 101’s Matt Booth. Mating his designer’s eye with the legendary XI is like mating cheetahs and ninjas: sleek, fast and deadly sharp. But why all 5? Because you can’t pick just one.

Palio is my go to cutter.

Cubancrafters is the best cutter around!

I use what ever is sharp to make a clean cut.

[…] usually found in exotic supercars (according to the manufacturer). This lightweight and attractive cutter is the perfect gift for the enthusiast who appreciates the finer […]

Reading Time: 23 minutes Follow along as the Cigar Advisors sample their way through the Joya de Nicaragua cigars lineup: a dozen in all, featuring quick reviews and tasting notes to help you discover what Joya Cigars have to offer – and choose the one that’s right for you!

How to Cut Big Ring Cigars