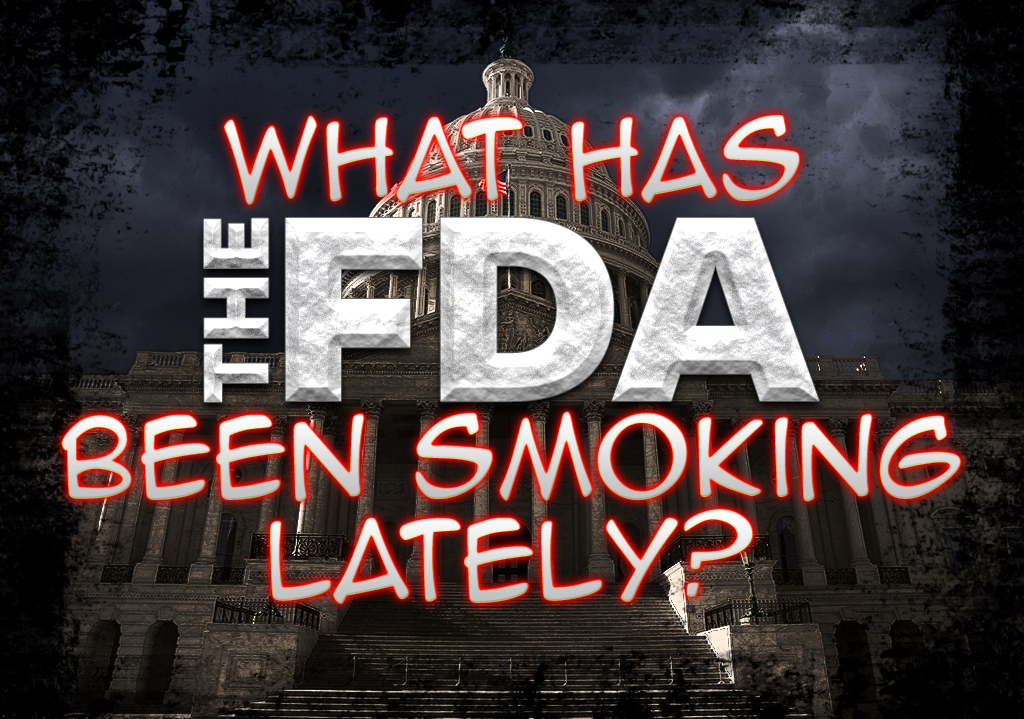 Topics related to federal regulation tend to appear so complicated that many people just don’t bother to pay attention. The aim of this article is to try and simplify what the Federal Drug Administration proposes with regard to regulating premium handmade cigars, and what cigar smokers can do about it. Yes, this is also one of the few pending regulations where we, the people (at least the people who enjoy smoking premium handmade cigars), can raise our voices in an effort to influence what the FDA will eventually enforce. More on how to do that later, but let’s start at the beginning so you can understand what the FDA regulations are proposing.

The Back Story – FDA Cigar Regulations

The main issue at hand is how premium cigars will be defined. Due to the nature of how premium handmade cigars are produced, distributed and marketed, this seems to have gotten the Drug Administration tied-up like a Culebra, so here’s what they’ve proposed:

Either the FDA would regulate all cigars, machine-mades, premium handmades, et al. as one all-inclusive product, or, create a new definition for what they call “covered cigars,” and therefore, premium cigars would be identified as a product that …

A few of the above definitions are reasonable. For example, being wrapped in a whole tobacco leaf, containing 100% tobacco leaf filler, and manually rolling all of the cigar’s components, but makers of premium handmade cigars have already been doing that for generations. However, definitions such as having no “characterizing flavor other than tobacco,” and having “a retail price of no less than $10 a cigar” warrant a major FAIL.

Think about it. If a premium cigar was to be defined as one that did not have a characterizing flavor other than tobacco, cigars like ACID and Java by Drew Estate, CAO flavours, Tatiana, Maker’s Mark, etc. could be headed for annihilation. And since the federal government is capable of any misdeed, let’s take it one step beyond. This reg could mean that even cigars aged in cedar rooms, rum barrels, wine barrels, not to mention other natural methods that blenders use to improve the flavor of their tobaccos would be classified as “non-premiums” under this restriction.

As for premium cigars being defined as a cigar that sells for no less than $10 a stick (even after any discounts or coupons have been accounted for), any single premium cigar selling for less than the required $10 per stick would be regulated beyond all reason. That would account for 85% of the cigars on the market!  This begs the question: Are all of the premium cigars priced under $10 any less “premium” than those costing $10 or more? According to Cigar Rights of America Executive Director, Glynn Loope: “In the history of FDA cigar regulations, we cannot find a precedent for the federal government dictating the price of a consumer product.”  Do you see how insidious this is?

A day that will live in infamy

On the morning of April 24, 2014, the FDA issued its first round of regulations for cigars. For cigar manufacturers, retailers, their suppliers, and consumers, this announcement had all the impact of the Normandy invasion.

One of the 78 items in this “foundational document,” as the FDA Commissioner called it, that pertain specifically to cigars, is a ban on sample cigars. How’s this for a scenario? Your local cigar retailer announces they’re featuring deals on a new frontmark from XYZ Cigars. You walk in; the XYZ sales rep offers you a sample hoping you’ll like it enough to buy a box. Yet, if the federal government is able to enforce such a mandate, the manufacturer will lose the opportunity to hand out that sample, and you lose the opportunity to smoke it.

Within the “Deeming Regulation,” the federal government also wants cigar manufacturers subjected to a pre-market review before their cigars ship to retailers. This “review” would require things like inspections, testing and other forms of analysis, maybe even on-site observation by federal agents, and who knows what other forms of scrutiny the FDA can think of, all prior to release.

By their own admission, the FDA states that it will take a company 5,000 hours to complete this process. Add in the lawyer fees, and even the big manufacturers like Altadis USA, General Cigar, and Davidoff, could wind up spending millions of dollars just to get their new cigars on the market, not to mention companies like Arturo Fuente, Perdomo, Drew Estate, Oliva, Padrón, Carlos Toraño, Gurkha, and Rocky Patel, among others. As for the boutique cigar marketers like Tatuaje, CLE, Alec Bradley, E.P.C., Crowned Heads, Aging Room, et al., it would be tantamount to setting-off a nuclear bomb.

The legislation still pending in Congress, bills H.R. 792 and S. 772, which would exempt premium cigars from FDA oversight altogether, are still breathing thanks to the thousands of cigar smokers who have contacted their federal representatives. Should they pass, this would send the FDA a powerful “hands off!” message. As of this writing, 156 bi-partisan members of the U.S. House of Representatives and 16 U.S. Senators have supported these bills, but our work as cigar smokers is not over yet.

Other obstacles cigar smokers will have to negotiate include restrictions on advertising and marketing, regulations on self-service sales, such as cigar stores with walk-in humidors; rules concerning events and promotions, including groups who want the FDA to succeed.

Recently, the American Association of Family Physicians (AAFP) added their signature to a May 27, 2014 letter sent to the leaders of the House Committee on Appropriations by the American Public Health Association (APHA), in which the parties opposed any potential amendment to the FDA funding bill that would exempt cigars from the agency’s proposed tobacco deeming regulations

“We oppose any amendment that would interfere with the current rulemaking process, prevent a science-based decision-making process, and place a broad category of cigars beyond the reach of FDA,” said the May 27 letter, which was crafted by the Campaign for Tobacco-Free Kids and signed by more than 30 medical organizations. “An amendment to exclude certain types of cigars would prevent FDA from implementing even basic common-sense rules such as requiring manufacturers to report what ingredients are contained in their products.”

Counterattacks like these, and there are more to come, plus clever attempts to control the flavor, cost, distribution, and production of premium cigars add up to one thing: Prohibition.

How you can help

The FDA’s Center for Tobacco Products originally stipulated a 75 day public comment period, and as of this writing 33,411 comments had been received by the CTP. However, in a statement released on Friday, June 20th by the International Premium Cigar & Pipe Retailers Assoc. (IPCPR), the FDA has extended the comment period until August 8, 2014 for cigar smokers to state why they believe premium cigars should be exempt from FDA regulation. There are a number of ways you can help put a halt to the proposed regulation:

The worst thing concerned cigar smokers can do is sit back on their laurels assuming that everyone else will do the heavy lifting. In cases such as this, in which the very cigar industry itself is facing potential annihilation, everyone has to pull their weight.

Reading Time: 27 minutes Curious about Perdomo cigars? The Cigar Advisors have answers, after poring over the entire range of their quintessential Nicaraguan blends. Browse through the Guide, and get the tasting notes now – and discover the Perdomo that fits you best.