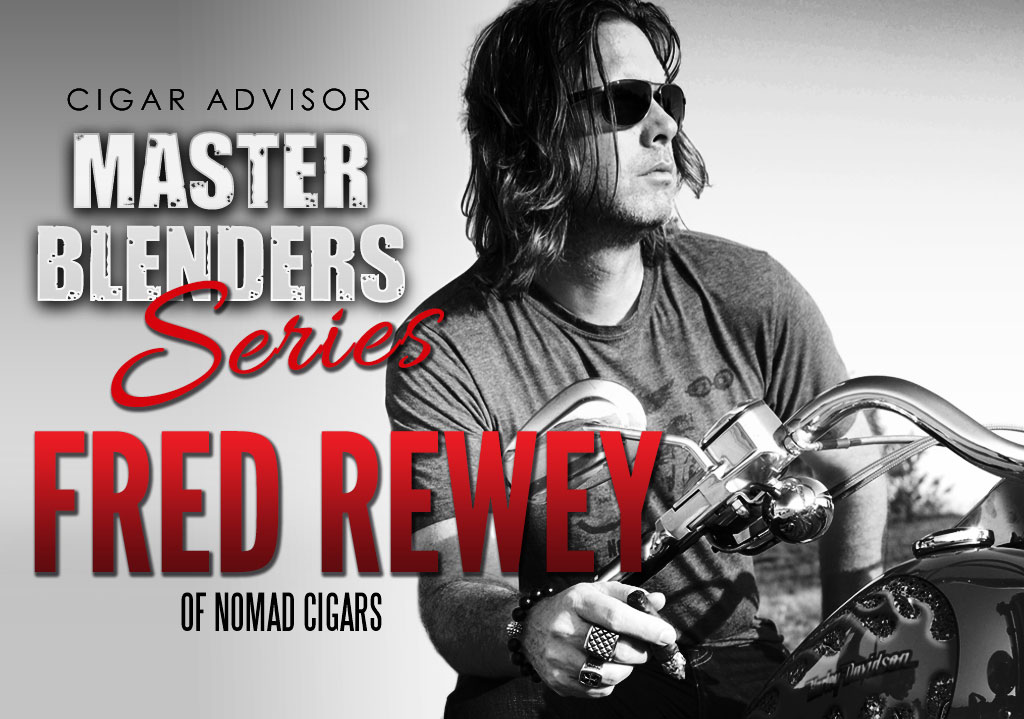 “For nearly 15 years, I was simply an appreciative cigar smoker,” says Nomad Cigar Company founder, Fred Rewey. “I boarded a plane and headed to the Dominican Republic and the small town of Tamboril. [It was] mostly a fact-finding trip that later led me to the tobacco fields of Nicaragua. I admit it. I am not your typical cigar maker. I am not a 40th generation Cuban. I did not work side-by-side with my father in the tobacco fields starting at the age of four. I do not have countless family members all raised in the art of growing, blending, and rolling cigars. Nope, I was never that lucky. But I did have a very important game plan.”

Originally from Wisconsin, Rewey, a marketing executive who looks more like a rock n’ roll musician than your average master tabaquero, listened to his gut, followed his passion, and by working with experts in the Dominican and Nicaragua who did grow-up in the tobacco business, learned the ins-and-outs of blending premium handmade cigars. Three years later, the Nomad Cigar Company was born, and since then, its success has fueled the growth of eight full production blends divided between factories in both the Dominican Republic and Nicaragua.

Nomad’s most recent selection is called Therapy, rolled in three affordably-priced blends that are designed to, as Fred says, “cure what ails you.” They follow in the wake of his Estelí Lot 8613, C-276, and S-307 cigars, all of which are made in Nicaragua. The Nomad cigars made in the Dominican Republic include the Nomad Classic D.R. (a.k.a., “Nomad Classic”) and Connecticut Fuerte cigar lines.

Fred’s new career, combined with his marketing savvy, have earned praise for Nomad Cigars from the tobacco industry media, cigar bloggers, critics, and cigar smokers alike. To learn more about how this entrepreneur followed his passion to cigar-making success, listen to this podcast:

I had the privilege to talk to Fred and his cohort on the day I visited FSS (right after this podcast was recorded). It was great fun to be led through the complexities of blending represented in the various cigars in the Nomad line. I bought a box of C-276 and have loved the experience of those and the samples of the other selections. I’m hooked on Nomad.

Reading Time: 2 minutes #nowsmoking: see our Romeo 1875 Nicaragua cigar review, and see how this RyJ pays respect to the brand’s Cuban flavor profile. Click for tasting notes on this Toro and why you need to try it, delivered in under 2 minutes…