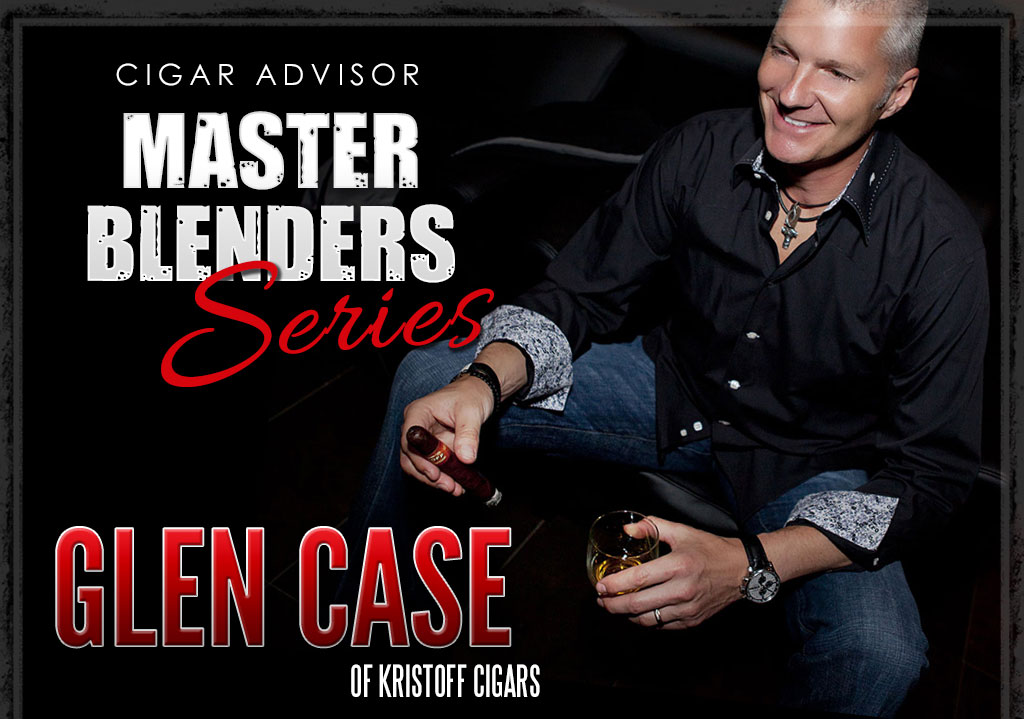 Imagine, you’re an avid cigar smoker who’s been working in the stuffy banking industry for a number of years, and you get the idea to quit your highly-successful job and start a premium cigar company. That’s what Glen Case, founder of Kristoff Cigars did, and it’s paid-off in dozens of top tasting scores, tens of thousands of ardent fans, and millions sold. Join Gary Korb as he talks to Glen about Kristoff’s rise to the top of the boutique cigar market, what’s new, and much more.

Established in 2004 by Glen Case, Exclusive Brands, the company behind Kristoff Cigars, was in the boutique cigar game before it became fashionable. From its inception, Case was committed to producing an excellent product, so he culled together a team of master blenders with many generations of experience in the art of Cuban cigar making. It is through their expertise, and by using only the highest quality premium tobaccos that Kristoff Cigars has joined the ranks of the world’s leading premium handmade cigar brands.

Named for his son, Christopher, Case said he started Kristoff as the result of a so-called, mid-life crisis. “I’ve always enjoyed a good cigar and decided to pursue what was just an interest at the time,” says Case, “but it quickly turned into a passion.”

Glen Case is also one of the few cigar manufacturers who doesn’t have a tobacco growing or cigar making background. Before changing careers Glen spent 19 years in the corporate world of financial services. From 2004 to 2013, he was an executive at one of the top five banks in the U.S. (H. Upmann would’ve been proud). Then, after a short stint as an independent cigar sales rep he felt it was time to go all-in with his own cigar line.

Since then, Kristoff Cigars have received numerous accolades from the premium cigar media including the following tasting scores:

More recently, Glen has been spending a lot of time in Washington, D.C. working with Cigar Rights of America and members of Congress to help stem the tide of the current FDA Regulations which have put a virtual yoke (some say a noose) around the neck of the cigar industry.

You’ll hear about all of that and much more in this interview – so give us about 30 minutes and we’ll give you Glen Case, founder of Exclusive Brands and the creator of Kristoff Cigars, as he talks about his bestselling cigars, the FDA fiasco, and why you won’t see him on Naked and Afraid . . . and for more information, visit Kristoff cigars online. Enjoy the podcast!

Due to unforeseen circumstances the audio files for this interview have been corrupt and lost we apologize for this inconvenience.

2016 CA Report: 5 Honduran Cigars You Should Be Smoking Now