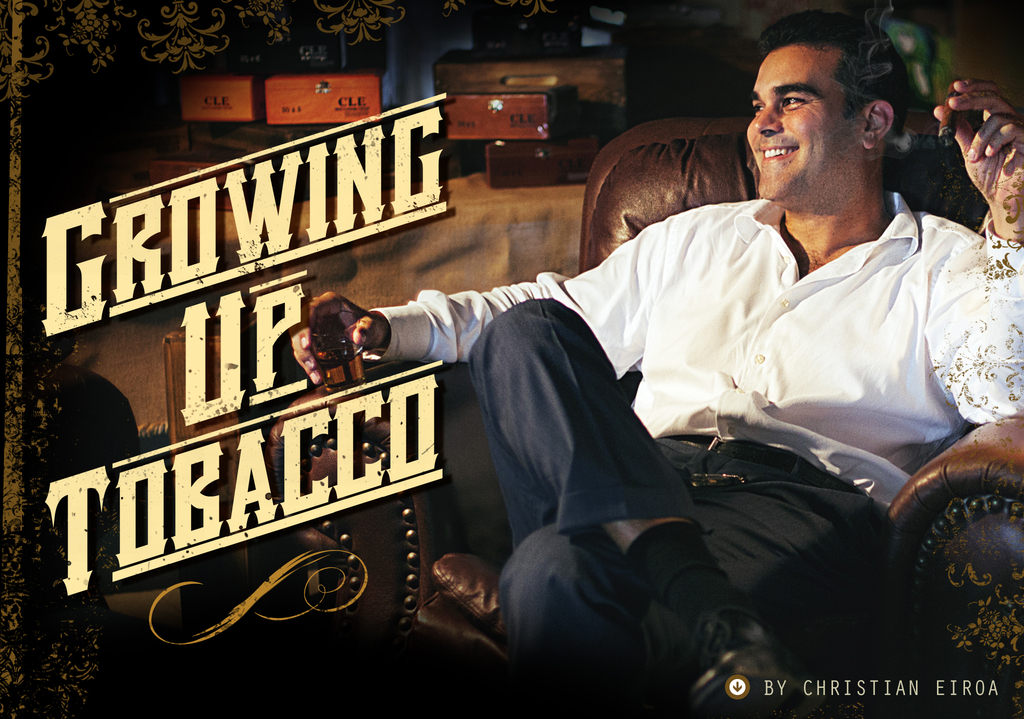 A few months ago I was chatting with a relatively new arrival into our business (let’s call him “Juanito”). Juanito was kind enough to share with me the following: “Did you know that nobody knows more about cigars and tobacco than I do?”

This was a very bold statement from somebody in his mid-40’s. To be honest, I did not know how to react. The business I grew up in was full of men and women who always said, “You learn something about tobacco every day.” I am talking about 80 year-olds who were priming tobacco at 12 years of age back in Cuba because they needed to help out. True guajiroa that have had a fascination for this leaf for generations, and were more than happy to share their discoveries in the spirit of improving the industry.

After hearing Juanito’s claim, I tried to be as polite as I could, and simply told him that perhaps it was not a good idea for him to embarrass himself that way. Sadly, there was not enough time to tell him the stories from the great men who truly knew about this business, and are still learning every day. One story that stands out in particular is of the late Rolando Reyes Sr. At 85 years old, he was asked about the depth of his tobacco knowledge. He sat back and pondered the question for two minutes before replying, “Today, I think I know as much about tobacco as I will ever know”. Notice he did not say he knew everything about tobacco, only that he may not learn anything else.

Now that I think about it, I let Juanito off way too easy! I should have taken the time to ask him if he knew about or had heard of those who built this industry. Men who had lost everything and had to start fresh when there was neither a tobacco nor cigar industry in Central America. People like Angel Oliva and Tino Argudin. How about Angel Perez and Frank Llaneza? Maybe he has read up on Stanford Newman and Edgar Cullman Sr. How much would it be worth to sit down with Rolando Reyes or Danielito Rodriguez for just five minutes? I wonder if he has called Estelo Padron lately just to ask him a simple question about cigars, or how many times he has called Carlos Fuente Sr. or Jr. for advice.

Tino Argudin and Angel Oliva were the ones responsible for bringing the leaf business to Nicaragua and Honduras. After they discovered these Central American regions, men in their early 20’s like Danielito Rodriguez, Generoso Eiroa, and my father, Julio Eiroa went down as adventurers, never knowing they would be blazing a trail we would all still be riding 50 years later. They just figured they would go down to Central America and do they only thing they knew how to do.

What about Angel Perez who developed and grows the Connecticut shade wrapper variety from Ecuador that is now used by 90% of the cigar industry? Yes, 90 %! He changed the game and displaced the Connecticut River Valley! Then you have Frank Llaneza who, together with Estelo Padron, was the first to prove that the Honduran work force was capable of making some of the best cigars in the world. What they built in that factory in Honduras was the model I used to develop our company. It was the model I used to transform our cigar factory into the cleanest in the world, earning a certification from Bayer. The same principles of discipline I use still today, and which will be a part of me forever.

On the cigar side, you had Cullman Sr., Newman Sr., and Theo Folz, who paved the way for cigars and transitioned them through the decades. They helped shape the landscape you see today from something as simple and detailed as the round cap on cigars to the way cigars were presented as a premium product instead of something you smoke while cutting your lawn. It was Cullman Sr. who first began to try to separate Premium Cigars from Machine Made Cigars thirty years before the CRA took this fight to Washington, D.C.

Even today the technologies are evolving in all aspects of the process, from developing superior seeds to starting off the seedbeds in trays to transplanting by machine, irrigating with the drip system to using the most ecologically-sound products we can find. Then you have the climate-controlled barns, fermentation rooms, and factories, not to mention freezing tobacco and cigars, thereby eliminating the need to fumigate. All developments passed on by the previous group of tobacco people. I wonder if Juanito even knows that these transitions have occurred and why.

I have been in this business all of my life and my father still teaches me something new every day, just as I have been able to teach him a thing or two. I still do not feel comfortable with what I know because there is just so much to learn, it never ends! Just now I am learning more and more about moisture and controlled climates in the factories in our Wynwood factory in Miami and the Aladino Factory in Danli. What I wouldn’t give to have grown up in the 60’s and 70’s when these guys were starting fresh and be a part of that…scratch that, what I wouldn’t give to sit with my friend and mentor Rolando Reyes Sr. for just five minutes and ask him 20 questions!

I miss my time with Rolando Reyes the most! A true friend and in my opinion, along with Estelo Padron, the best manufacturers we will ever see. They had such a passion for cigars that it is indescribable. Not once did I ever hear them mention the words “business” or “money”. They only wanted to talk about cigars, tobacco and factories. These people do not exist anymore and I miss them. I find it hard today to have a conversation with anybody where you can talk about the purity of cigars. I would love to have seen Danielito Rodriguez in his prime, the single most uncelebrated hero of our business. His grandfather developed the authentic Corojo Seed in their farm Sta. Inez del Corojo. He is the one who then took this seed to Nicaragua and years later, after leaving Nicaragua, shared this seed with my father. My biggest wish of all would be to have witnessed my father and my godfather, Sabino Plasencia, checking pilones at 4:30 in the morning and following the process of tobacco.

The next time you hear somebody making outrageous claims like my dear friend Juanito, feel free to ask him what Rolando Sr. would say about his “knowledge” of tobacco.

Read More
Cigar Buying Guides
Let's say that, for whatever reason, you haven't smoked cigars in a while. Time to get back on your game: because it's like starting over, we look at 10 cigars to help recapture your groove. So if you're ready to start smoking cigars again, or just want to discover some great cigars - start here with these!
Read More