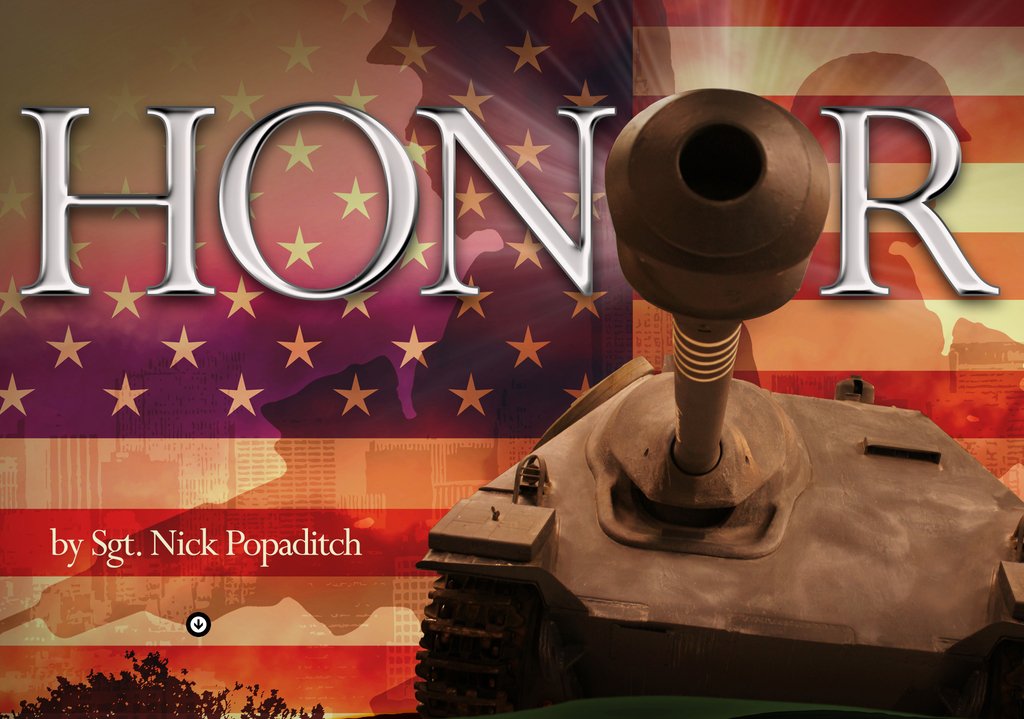 Military service carries many trade-offs. Possibly I was just fortunate, but in my case the good outweighed the bad. I served in the Marine Corps for sixteen years and when I walked away from my last formation, I had a smile on my face. People often talk about the horrors of war, but there is another side to this. At the low points of circumstance, the enormity of the human spirit and soul are found.

My perception was changed in Fallujah, Iraq back in 2004. Although history records the great battles there, prior to that there was a time of tenuous peace. Serving on the streets of that city, I met brave Iraqis, volunteers in a bold experiment, a nascent Arab democracy sprouting in the Middle East. Untrained, poorly equipped, and in small numbers they stepped forward to take up the cause in their bizarre new post-Saddam nation. These good people amazed and inspired me. This underperforming band of men was often the recipient of worldwide criticism, jeer, and scorn, but to me they were reminders.

They were a living example of the price of freedom. I served in the Marines during the Persian Gulf War, and now in the Iraq War. The wars of my generation had always been fought on foreign shores. American freedom had never been won or lost in my wars; rather, it had been protected and ensured. I never felt a direct connection of my service to my freedom, right or wrong. On those Iraqi streets I saw men standing up and fighting for a freedom they hadn’t yet attained. Many would die for a liberty they would never experience during their lives.

It was there I realized similar battles had been fought in my own nation long before my birth. My own freedom was purchased with the blood of patriots who stood against long odds. American history, for me, came alive in Iraq. Watching these Iraqis instilled within me an incredible sense of American pride and patriotism that lingers still. I had never known a day in my life that was the Iraqi daily reality, and now my nation stood beside this quest of others for their freedom.

The fragile calm in Fallujah came to an end when four American contractors were killed, their dead bodies savaged, burned, and hung for public display in the Jolan District. Marines encircled the city and prepared to attack. The new Iraqi army mustered what they could, which at that time was not much. Their presence was more symbolic than real. An intense urban fight was looming, and it was no place for amateurs.

When most people speak of characteristics like honor, courage, and commitment, they do so in vague generalities as if these qualities are intangible, untouchable, and immeasurable. When I was younger and new to the Fleet Marine Force, a tank gunner named Corporal Gus Laskaris shared a piece of wisdom with me. “Values, character, and leadership are easy when they are intangible. It’s easy to speak about them and fake them,” explained Laskaris. “But at zero four-hundred [4:00 a.m.], honor is very measurable. Challenge and adversity quickly separates the placebo from the real-deal.”

Fallujah means many different things to those who fought there. To me it was a test of two nations, one an emerging proud nation facing an uphill fight for its own freedom, and the other the leader of the free world doing its best to help the former. This was the sort of test that offered a choice. For those on the ground, character was measured and tested on every block.

I commanded an M1A1 main battle tank in that fight. I was about 36 hours into the assault and had already shot through two combat loads of ammunition. I was commanding the lead tank, and my crew had severely hurt the enemy. The street ahead narrowed. Enemy fighters were all around, but we held the advantage. A tank tips almost any scale.

We were approaching an intersection when I took my loader, Lance Corporal Alex Hernandez, off of his machine gun and ordered him into his hatch beneath the tank’s protective armor. I hunkered down, anticipating almost certain fire from the flanks as we entered the intersection. As the tank crept forward, its weaker side-armor slowly exposed itself to potential ambush. The openness of the intersection also improved my ability to acquire and kill enemy targets, which was the reason my tank and my crew were there.

An insurgent stood and took a slow, well-aimed RPG shot at the side of my tank. The hissing round trailed into the side of the tank and exploded without penetrating. I commanded my driver, Lance Corporal Christopher Frias, to stop the tank so I could fire a well-aimed burst from my machine gun. At that moment I heard a second snake hiss-the signature of an RPG cutting through the air. The second rocket struck me, blew my helmet apart, and sent shards of shrapnel into my head and neck. My legs collapsed beneath me and I fell into the tank’s turret.

Blind and deaf, though still conscious, I reached for my second in command, Corporal Ryan Chambers, the tank’s gunner. Chambers was no longer in his crew position. I reached for Hernandez, but he was no longer inside the tank. Both Marines had made the choice to expose themselves to man the two machine guns atop the tank. I felt the tank lurch forward again. Although I could not see or hear it, my crew was continuing to fight the enemy. Blindness also prevented me from seeing that both Chambers and Hernandez had been wounded by the same round that nearly killed me. The top of the tank was on fire.

An attack is like a one-way street: bottlenecks endanger lives. Since we were the lead tank, the Corpsmen were behind us. Unable to reverse course, we had no choice but to go forward to get to them. Frias, who was young enough to have been at his senior prom the year prior, got us there.

I was pulled from the tank and put on the ground to receive first-aid. Two Navy Corpsmen applied pressure dressings to numerous holes in my head and neck. They had stabilized me for transport when I felt my body being pressure covered, as if I was being buried. “We’re under mortar fire, Gunny,” a Corpsman informed me. They had piled their own body armor and helmets on top of me, leaving them exposed. I never learned their names.

Although my involvement was over, the fight for Fallujah continued. Many Marines would give their lives before it was over. I would never see my Iraqi allies again. It is a safe bet that most of them were killed in pursuit of the freedom they never witnessed. Large numbers of our enemy were killed, though no doubt some are even now enjoying a freedom they actively fought to prevent. Honor is not about a balance sheet. It is not inherited or awarded to members of the winning team or taken from the losers. Honor is earned at Corporal Laskaris’ 0400 moment. What did you do when doing the right thing was the hardest thing to do?

There has always been a 0400 moment. It is always with us, and it isn’t exclusive to combat. Each day we make choices in our lives and are surrounded by others making them, too. When your 0400 moment arrived, what choice did you make? When the next one comes, what choice will you make?

Honor is indeed measurable, tangible, and close enough to touch.

Nick " "Gunny Pop" " Popaditch is best known as " "The Cigar Marine" " after an AP photograph was taken just before the Firdos Square statue of Saddam Hussein was destroyed on April 9, 2003 and put on the front pages of newspapers around the world. Nick is the author of Once a Marine: An Iraq War Tank Commander's Inspirational Memoir of Combat, Courage, and Recovery, a candid memoir about his service as a tank commander in Iraq, his horrific wounding in the first battle of Fallujah (where he was hit in the head by a rocket-propelled grenade), and his long and difficult recovery. Nick's latest release is The Ultimate Marine Recruit Training Guidebook: A Drill Instructor's Strategies and Tactics for Success.

Read More
Cigar Ratings & Reviews
Just off the boat from Nicaragua, Trinidad Esteli cigars are here - and the Advisor Review Panel has smoked it and recorded their critiques. Our expectations were pretty high for this full-bodied blend...but the question is, did the new Trinidad Estelí live up to them? Find out by clicking NOW to watch our review!
Read More